Best Desi Serials On Hotstar To Watch in Australia in 2022 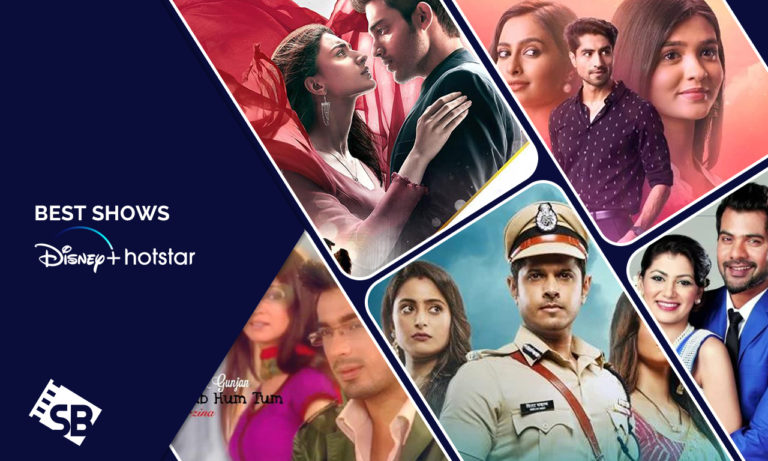 Hotstar is one of the leading Indian streaming platforms featuring movies, shows, live sports, and third-party content from channels such as HBO and Showtime.

Since its integration with Disney Plus, the service rebranded as Disney+ Hotstar along with the inclusion of content from Pixar, Disney, Marvel Studios, and National Geographic.

Pick your favorite Hindi serials from the list we’ve compiled.

What are the Best Desi Serials on Hotstar to watch in Australia?

For ex-pats, one of the best ways to connect with home is by watching their native content. For desis living in Australia watching Hindi tv serials online brings back the nostalgia of home. The shows mentioned below contain the best desi Hotstar serials to watch in Australia. 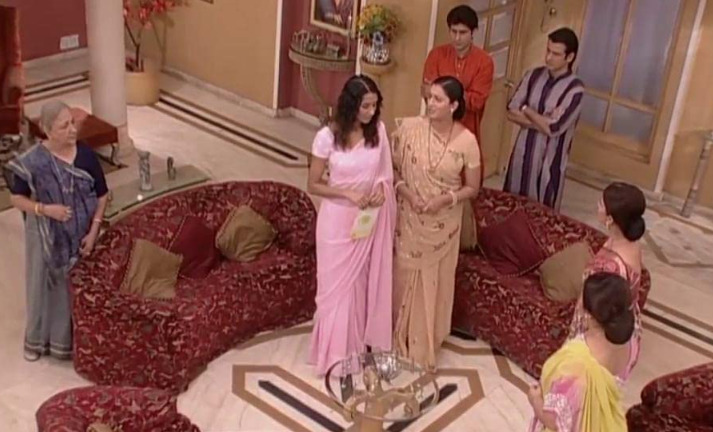 There are now three generations occupying the same dwelling. The in-laws, Gaytri, Daksha, and Savita, are a pain for their mother-in-law, who has no choice but to come up with them.

Will they have any success? One of the longest-running shows on Hotstar. This serial is a web of power dynamics, containing family politics, loyalties, and betrayals, 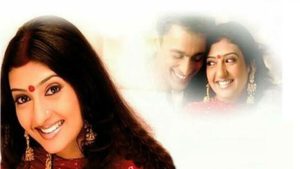 The Wadhwa family and their daughter-in-law, Kumkum, are the focus of the drama that unfolds in the soap opera. She has found true happiness in her marriage to Jatin.

Sadly, he passed away due to a brain illness when she was carrying their firstborn baby. The Wadhwas come to the conclusion that it is time for their young daughter-in-law to wed again, and they locate a suitable handsome man by the name of Vishal. It’s one of the best desi serials on Hotstar to watch in Australia. 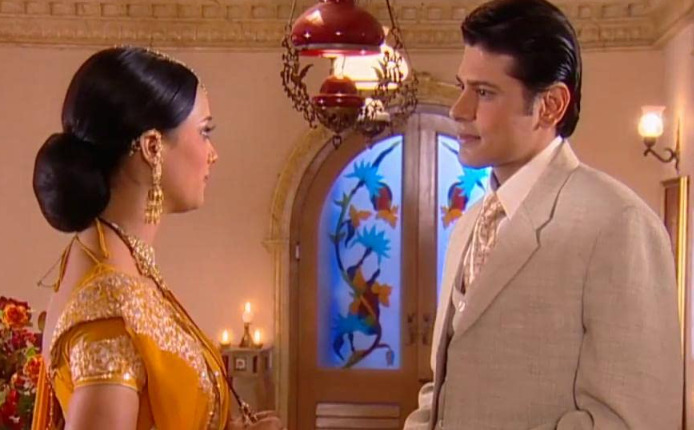 Anurag Basu, the child of the wealthy and adoring Moloy Basu, is a gorgeous young man with a kind demeanor. Moloy is a hospitable, big-hearted guy who always has your back. Mohini, his arrogant and cunning spouse, is another story.

Moloy’s close buddy Rajesh has a daughter named Prerna. She has old-fashioned morals and ambitions, and Prerna and Anurag’s parents hope the two will settle down and tie the knot. But will they? 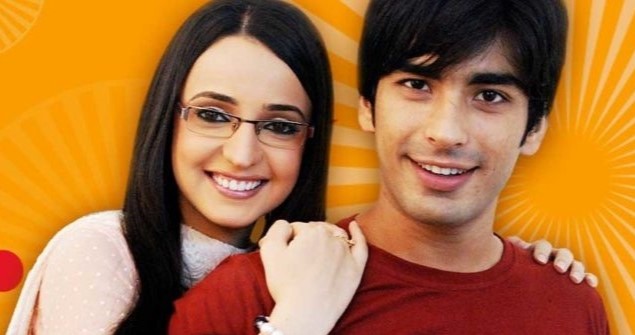 The sisters’ Nupur and Gunjan are the protagonists of Miley Jab Hum Tum, which follows their journey from the little hamlet of Morena to Bombay. They had high expectations for their new life in the metropolis.

Attending college is like fulfilling a dream for the two siblings. This is the elder sister, Nupur. To put it simply, she is extroverted and ambitious. She is excited to be in Bombay and tackle new tasks. What will happen at college? Watch to find out more! 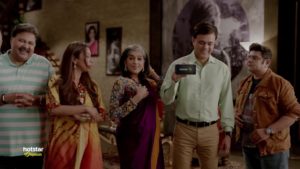 The comedy Sarabhai Versus Sarabhai premiered in 2005 and took place in a family representing Mumbai’s traditional wealthy elite. The program follows the lives of a fictitious Gujarati group called the Sarabhai.

They are presented as a regular family that belongs to a particular class of wealthy elites in Mumbai. This is one of the greatest serials on Hotstar. 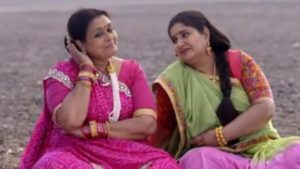 In Khichdi, we meet the Parekhs, a Gujarati family who have made their home in a crumbling house. Even though the combined family faces many characteristically Indian circumstances, they attempt to resolve them in the most unordinary way possible.

It’s a strange group, but they’re all pulling in the same direction, and that’s separation. They want to break away from the extended family structure by selling the family home and establishing their households. The show is a worldwide favorite for the desi people and you should check it out! 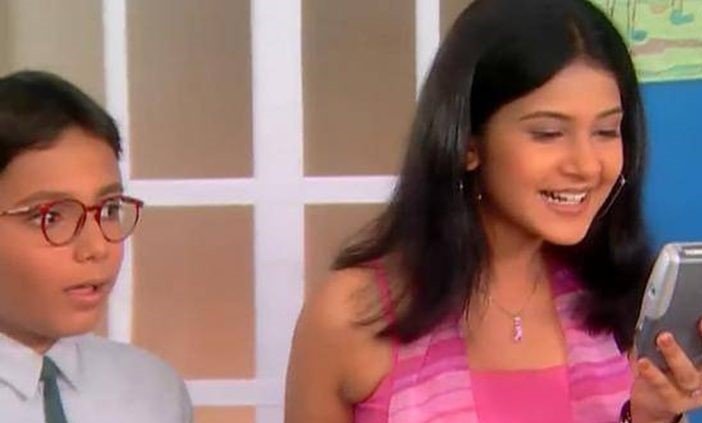 Sanju unearths a mystical pencil that bestows upon him the ability to bring to existence whatever he depicts on paper. The pencil, although first entertaining, eventually leads to more mysterious experiences.

The pencil holds powers beyond compare and can do wonders. But will the wonders be worth the havoc that comes with the magic? 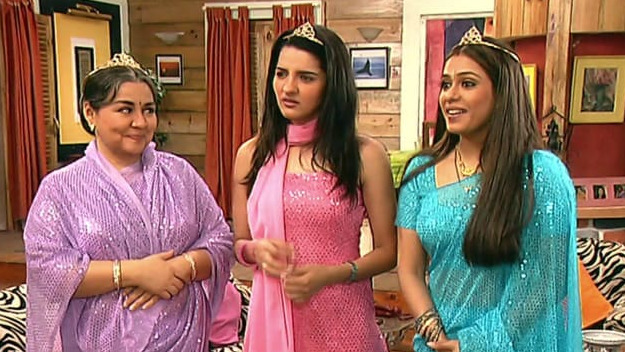 Poor luck seems to be following Jiya Malhotra everywhere. A new student at the university called Pam has set her sights on Jiya’s university infatuation, Dhruv.

Things begin to change for the worse when Jiya makes the decision to take a stance on the activities that Pam has taken. She has just uncovered an extraordinary truth about herself, and now she must figure out how to live her life while keeping her revelation a mystery. 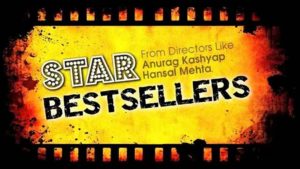 Each program is a self-contained tale written and directed by up-and-coming writers and filmmakers; each one has its own unique emotional power, but they all have the common theme of highlighting the inherent greatness in every human being.

Malgudi, a hypothetical little town in southern India, represents any small town or hamlet. Its inhabitants are archetypal figures who may be residing in any part of the globe.

They are ordinary people who navigate life’s challenges in an endearing, amusing, and compassionate way. The documentary is based on the writings of R.K. Narayan. 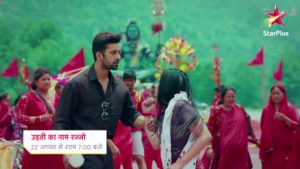 The program follows an ambitious athlete named Rajjo as he competes in various competitions and endures multiple challenges. Her mom comes from a troubled background, so she does not support Rajjo’s aspirations to become an olympian.

How will Rajjo respond to the events that took place after being parted from her mom during the Kedarnath disaster and coming into contact with Arjun, who owns a chemical company? More importantly, will Rajjo be able to realize her goals in the here and now? 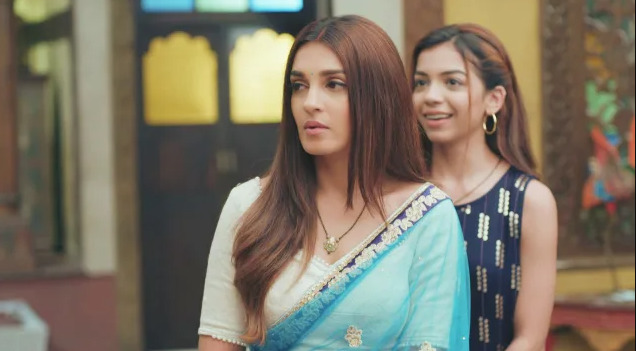 The Pandya Store is run by the married pair Gautam and Dhara Pandya, both of whom come from middle-class backgrounds. In addition to managing their shop, Dhara is responsible for looking for Gautam’s 3 brothers: Krish, Shiva, and Dev.

Despite the fact that Shiva is faithful to Raavi, Rishita is engaged to Dev. The story focuses on Dhara’s efforts to keep her household together regardless of the many challenges they face. 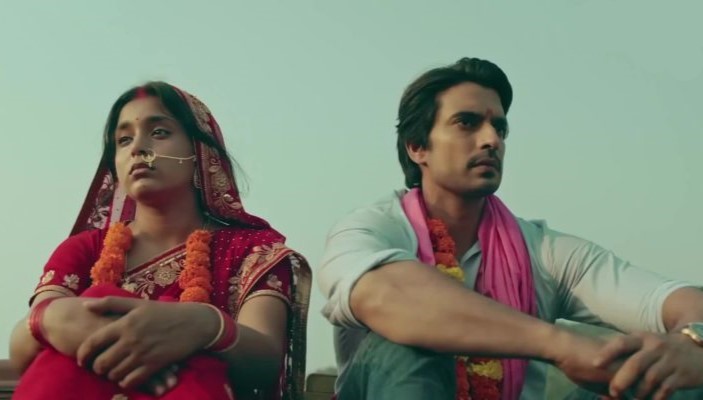 A beautiful young woman from hamlet, and her companion, a reporter, are coerced into getting married. When she finally got to the city, she found out that her spouse had already arranged to be tied down.

After being discovered living together in a tent, Aditya and the reporter were coerced into getting married. He has an upcoming wedding planned, but in order to protect Imlie, he has no choice but to bring her back home. What will happen next? Subscribe to Hotstar and find out more! 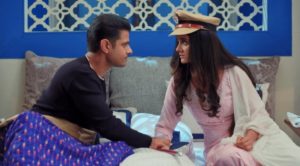 Sai Joshi, a courageous young woman with the goal of becoming a physician, secretly weds Virat Chavan, an inspector in the Indian Police Service, under the guise that the marriage is a business transaction.

The narrative focuses on the everyday activities of Sai, who lives in the traditional household of Virat, as well as the romantic relationship that develops between Virat and Sai. 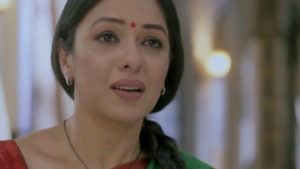 When Vanraj attempts to tell Anupamaa about his feelings for her, she corrects him, and after that, he goes back to Kavya, where he gets fired from his work. As a result, she comes to the conclusion that divorcing Vanraj is the best way for her to break away from an oppressive connection.

After Pakhi learns the truth about Kavya’s personality, she falls into a deep melancholy, and Vanraj and Anupamaa make the decision to move in with each other till Pakhi is well. 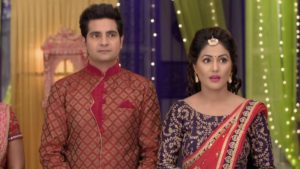 The story of Naitik, and Akshara, who are married against their will in the television show Yeh Rishta Kya Kehlata hai, centers on their experience. But as time passes, they start developing emotions for one another, and now their love is becoming stronger.

But their existence isn’t all roses as daily, they have to overcome a new challenge that has been set before them by their relatives or some other outside influence. Akshara is a highly caring and intelligent lady who can manage any circumstance with elegance and eliminate any obstacle.

After the passing of her elder sister, Dr. Preesha, a single mum, takes responsibility for the upbringing of her nephew, Saransh. After that, she is introduced to Rudraksha, a famous rocker.

Will the famous rocker be a pain to her or will he rock her world and change her life as she knows it? Excited to find out? Sign up to Hotstar today!

Hotstar Star Plus combo has been good news for those who grew up watching Star Plus dramas on their cable networks and would love to relive their younger days by watching these desi serials on Hotstar from Australia. Moreover, you can get all of this content at a very reasonable Hotstar price.

Old or new the platform offers a wide variety of content for the desi audiences looking to watch content from their native lands. We hope you find something to watch from our list of the best desi serials on Hotstar when you next have a family gathering.

New subscriber? Then get the Disney+ Hotstar free trial and if you like what you see then subscribe for as low as 1492 AUD/mo if not then don’t worry you can always cancel Hotstar.