How to Watch The Janes on HBO Max in Australia 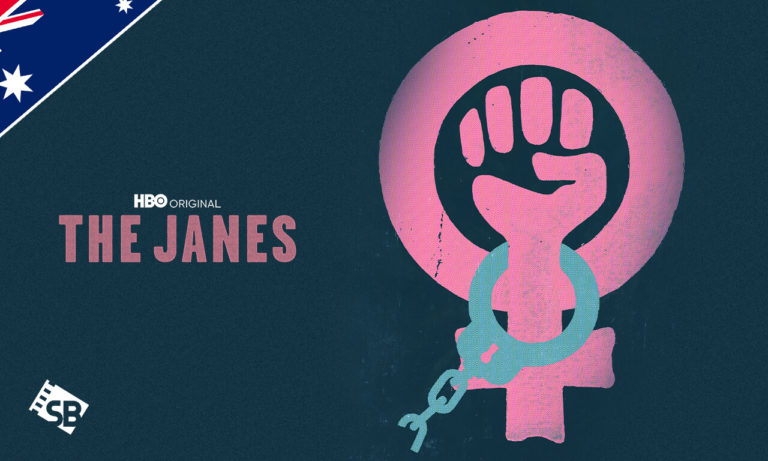 The Janes documentary was part of the Sundance Film Festival in 2022 and will be released for streaming on HBO Max on June 8. There is a simple workaround if you want to know how to watch The Janes on HBO Max in Australia.

Watch The Janes on HBO Max in Australia – [Easy Steps]

If you’re in Australia, you can still stream The Janes with the help of a quality VPN service. Just follow these easy and quick steps:

What Is The Janes Plot?

During the spring of 1972, police arrested seven women during a raid of an apartment on the South Side of Chicago.

These women built an underground service for women seeking safe, affordable, and illegal abortions. In this pre-Roe v. Wade era, a time when abortion was a crime in most states and was a felony in Illinois. These women explain the code names and fronts they used to keep their actions a secret while keeping their patients and themselves safe from the law.

The members of Jane risked their personal and professional lives, including their freedom to help women in need.

Who Is in The Janes Cast?

The cast of The Janes includes firsthand interviews with the women who were Jane. At the same time, they tell their stories about the conditions women faced during the 1960s and 1970s in America.

This documentary begins with an interview with one of the Janes and one of their patients. You’ll find that many people included in this documentary want to tell the true story of The Janes, how they lived, and how they fought for women’s rights.

When Is The Janes Release Date?

What To Expect From The Janes Trailer:

The Janes documentary’s official trailer uses footage from different protests, the anti-war movement, and the Civil Rights Movement during the 1960s and 1970s. At the same time, the women recount their stories from that time. They set the scene as to what it was like living in Chicago and being a woman who is a part of this underground system.


In the trailer, you can expect to hear snippets of the interviews during the documentary. The women in the documentary talk about how Janes changed lives and how the underground system turned into a way of life for women struggling during this time.

Where Can I Watch The Janes on HBO Max in Australia?

HBO Max is a US-based online streaming service that restricts the content it provides in Australia. Since The Janes is an HBO Max original film, there’s no other streaming platform releasing this title.

However, there are ways to watch The Janes on HBO Max in Australia. You can easily stream this documentary in Australia with help from VPN services because these servers shield your identity and location.

How Can I See Everything on HBO Max in Australia?

You can see everything on HBO Max in Australia by getting your VPN on one of the many supported devices associated with HBO Max.

Once you have your VPN subscriptions, you can watch anything on HBO Max in Australia. There are thousands of TV shows and movies on this platform you’ll have access to once you install a VPN.

What Are The Best HBO Max VPNs to Watch The Janes on HBO Max?

Searching through the hundreds of VPNs available on the internet can be a hassle. You want to find one that secures your data, gives you buffer-free streaming, and blocks malicious content.

Here is a list of the best VPNs that are most common and loved by users:

ExpressVPN: The Best VPN to Watch The Janes on HBO Max in Australia 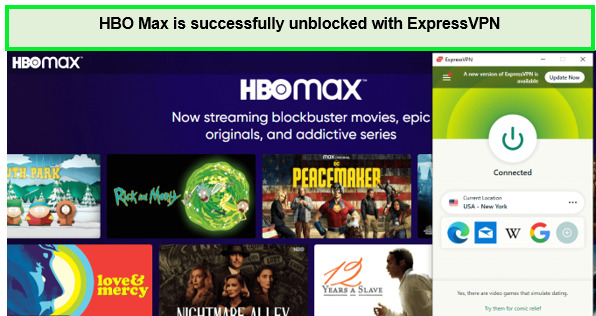 ExpressVPN is considered the best VPN because this service offers the most advanced and high encryption service for users looking for ease when browsing through titles. This VPN is compatible with Mac, Windows, Android, Linux, and Xbox devices.

With over 3000+ servers that allow you to stream on any platform, ExpressVPN also boasts speed and top-notch security. In addition, this service lets you use up to five devices simultaneously and unblocks other streaming services, such as Hulu and American Netflix.

Surfshark: Pocket-Friendly VPN to Watch The Janes on HBO Max in Australia 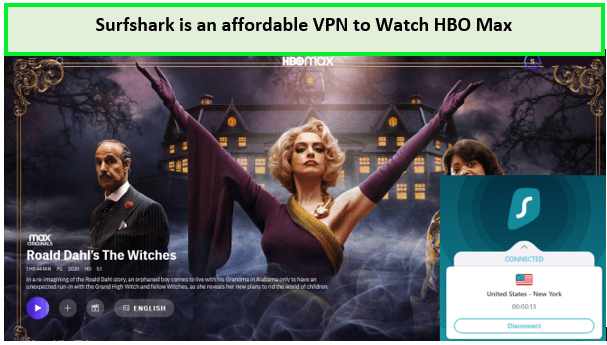 Surfshark is one of the newer and more affordable VPNs. It’s the pocket-friendly and most affordable VPN. The Surfshark service unblocks other streaming services, such as ESPN+, Peacock TV, and The CW in Australia.

This service gives you access to 3200+ servers. As a single subscriber account, you get unlimited logins, meaning you can share your VPN with family and friends.

Watch The Janes with SurfsharkPocket-Friendly

NordVPN: User-Friendly VPN to Watch The Janes on HBO Max in Australia 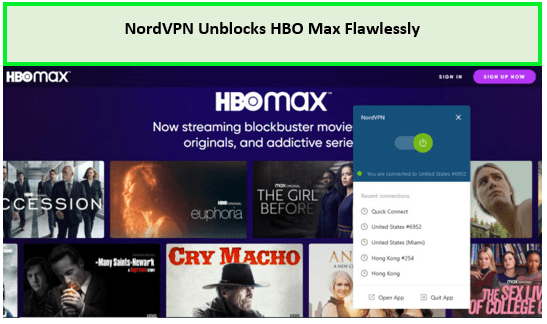 NordVPN is considered a user-friendly VPN with over 5310+ servers that allow you to stream on any platform.

NordVPN includes other features for streaming users like Kill Switch, Double VPN, Dedicated IP, and Split Tunneling. NordVPN will unblock HBO Max and other services, such as Netflix.

Do you automatically get HBO Max If you have HBO?

Are There Any Documentaries on HBO Max?

Yes. HBO Max has an entire category on their server dedicated to original documentaries. In addition, there are dozens of documentaries that cover a wide variety of genres for anyone interested in watching documentaries on HBO Max.

How Can I Watch The Janes Documentary?

The HBO Max website or app is the only way to watch The Janes documentary. Unfortunately, you can’t watch this documentary without a VPN if you’re in Australia. But, with the help of the perfect VPN, you’ll be able to enjoy everything that HBO Max has to offer.

The Janes documentary is a highly anticipated HBO Max original film that centers on seven women from Chicago and their quest to help women and fight for abortion rights. This film will be released on June 8, 2022, only on HBO Max but will not be available for streaming in Australia without a VPN.

There are several options for VPNs: ExpressVPN, SurfShark and NordVPN. Choosing the right VPN for you and your needs depends on what you’re looking for; the most popular, the most budget-friendly, or the most user-friendly.

With the use of a VPN, you’ll be able to watch The Janes on HBO Max in Australia.