CyberGhost Netflix: Does It Work Effectively in Australia [2022] 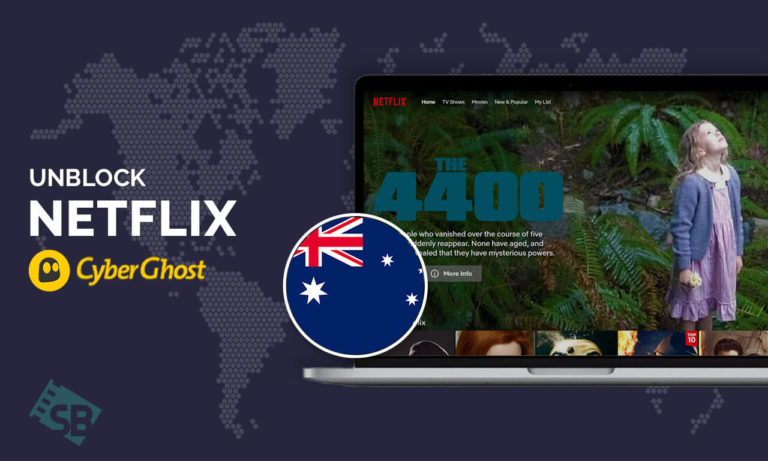 Finding the right VPN for streaming is a complex task these days, mainly because Netflix radars are getting powerful and block most of the low-quality VPNs and some of the premium VPNs. But you can quickly get CyberGhost to unblock Netflix libraries in Australia.

VPN is a technological wonder that will open up a vast number of libraries for you to stream; you can never get bored with a VPN by your side. But that number is also specific. Only a few VPN can unblock all the major American Netflix libraries, and CyberGhost is one of them.

So if you are wondering does CyberGhost works with Netflix in Australia, then yes, and this blog will enlighten you on how you can do so, so continue reading and find out how to use CyberGhost.

How to Unblock Netflix using CyberGhost in Australia? 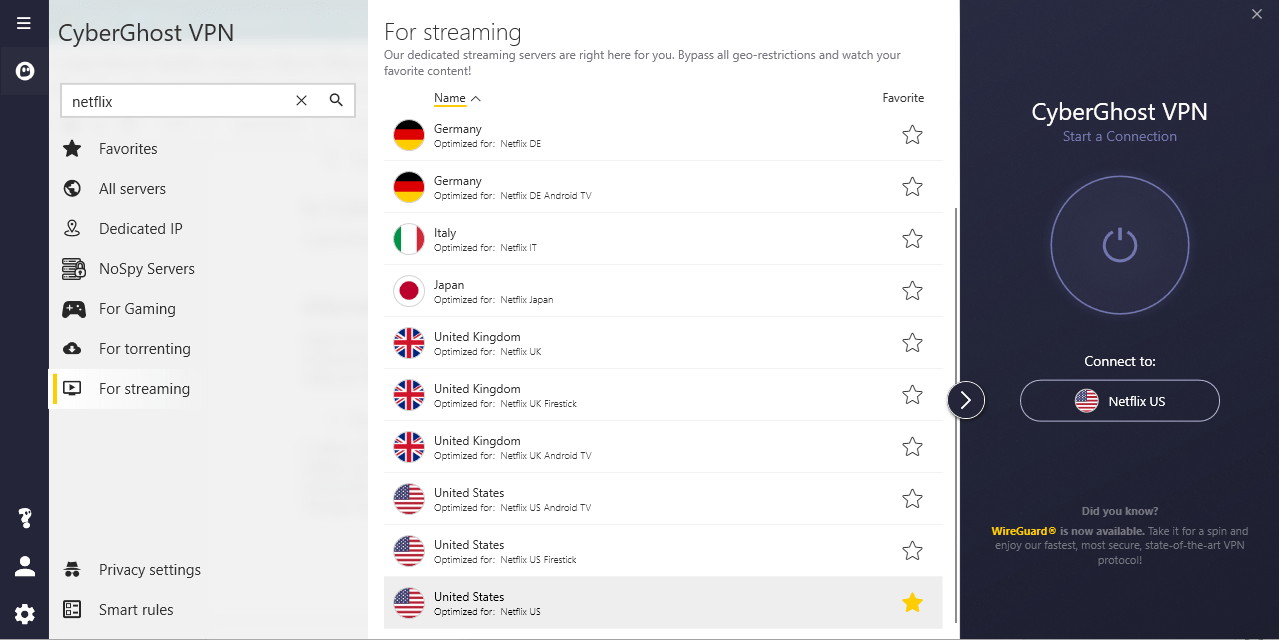 Is CyberGhost a Good Netflix VPN for Australia?

CyberGhost is one of the best VPN services for streaming in Australia. It offers various streaming dedicated servers. We used the US server to visit Netflix and were able to access the US library of Netflix with CyberGhost easily.

We used the server to stream all the best movies and best shows on Netflix available in the US catalogue that are otherwise unavailable in Australia, like Grey’s Anatomy, Dexter, Arrested Development, and more.

Moreover, if we talk about the CyberGhost app, it is one of the most easy-to-use apps. Plus, with it, you can watch Netflix on Roku, Chromecast, PS4 & PS5, etc. It has a pretty straightforward design configuring and distributing the desired servers based on their features like gaming servers are separated in a different option. So is the case for torrenting and streaming. But more on the features below, so continue reading.

But not all is gold with this VPN, as we were unsuccessful in securing a smooth internet connection with CyberGhost Japan servers. This means that with the Japanese server, you cannot get CyberGhost to unblock Netflix Japan.

When we talk about a streaming-specific server, speed is what matters the most for us. How can we stream using a VPN when it lacks one of the most important specs which is necessary to make a streaming VPN worthwhile.

So to clear any misconception regarding the speed of CyberGhost while streaming Netflix, we conducted a speed test ourselves to see whether CyberGhost can handle the HD streaming on Netflix. And to our surprise, it over-performed by exceeding the limit you require to stream Netflix in 4K, that is 25 MB and above.

This quality is more than enough to figure out that CyberGhost is, in fact, one of the best VPN for Netflix in Australia. And if your regular VPN not working on Amazon Prime, then Cyber Ghost is a great and reliable option for that too.

Following are some of the features of CyberGhost that make it super convenient to steam Netflix in Australia:

Alternative VPNs for CyberGhost to Stream Netflix in Australia

Apart from CyberGhost, various other providers offer exceptional services to unblock Netflix from Australia. Since this blog is specifically about Netflix CyberGhost, we will walk you through the different providers that work with it; they are as follows:

ExpressVPN offers 3000+ servers in over 90 countries worldwide and is amongst the best VPN for Netflix overall. It allows 5 simultaneous connections per account, and it provides unlimited bandwidth on whatever you stream, with no lag or anything of sorts. ExpressVPN comes with an easy 30-day money-back guarantee too. Moreover, ExpressVPN works with Netflix in Australia as well.

The most affordable contender of all times, Surfshark is one of those VPNs that offers excellent services at a super reasonable price. It allows the user to use the service from unlimited devices per account, too, at a suitable price. Moreover, it comes with a 30-day money-back guarantee.

NordVPN is another one of the lots which offer a massive server count of 5500+ servers in over 50 countries where some of the best Netflix libraries are available. Hence, NordVPN Netflix works exceptionally well for Netflix in Australia. It allows 6 simultaneous connections and is one of the most sophisticated VPN with a sleek application. NordVPN comes with a 30-day money-back guarantee.

Does CyberGhost work with Netflix in Australia?

How do I use CyberGhost to watch Netflix in Australia?

Install the VPN app on your device or desktop. Sign in, connect to any server of your choice. Log in on your Netflix account and start streaming other Netflix libraries in Australia.

Is it illegal to watch Netflix with a VPN in Australia?

No, VPN is not illegal to use in Australia. You can easily stream with a VPN without having any fear of breaking the law, as it is legal in almost all countries around the globe.

What VPN in Australia does Netflix not block?

Amongst the top VPN that Netflix does not block, ExpressVPN tops the list; after that, Surfshark, NordVPN, PureVPN, CyberGhost, and all conveniently unblock Netflix in Australia.
Ellison Shirley