Star Trek vs. Star Wars: Which is Best and Why? 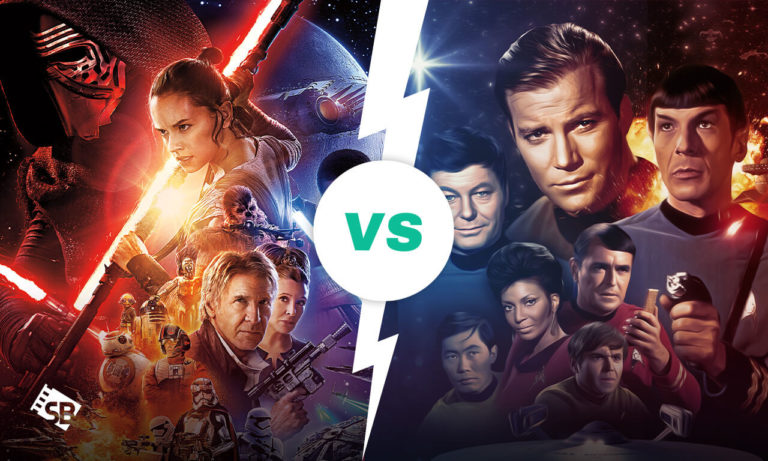 Star Trek and Star Wars are two American cultural franchises that depict alternate space exploration scenarios. The two titles dominate this setting of storytelling and have provided various forms of media productions for decades, managing billions of dollars in intellectual property and providing employment and entertainment for countless people worldwide.

In the universe, an epic fight between star trek vs star wars is still raging. It’s a never-ending battle between good and evil. It’s not about the contrast between light and dark, rather, the battle is between phasers and lightsabers.

The Sith Lords fight the Borg. The Enterprise’s crew confronts the Jedi. In the world of science fiction, it’s The Beatles vs. The Rolling Stones.
Is there any question that has lasted longer than “Are you a Star Wars or a Star Trek fan?” Even if you proclaim your affection for both, you are most likely biased toward one.

What Is Star Trek?


Star Trek had a relatively simple plot idea when it originally aired on television in 1966: an idealistic crew is placed in situations of moral dilemma, which are frequently allegories for modern political and social difficulties. Imperialism, racism, war and peace, class conflict, human rights, and feminism are just a few of the issues that are covered.

The major Star Trek characters are Captain Kirk, Pavel Chekov, Uhura, Scotty, and Spock and they are made up of humans and humanoid alien species. Following the release of the films in 2009 and 2013, Star Trek became well-known to the general population.

Want to know more in detail then watch Star Trek movies in order to understand why Star Trek has been around for over 50 years. In addition, there are top 25 best Star Trek episodes that you can watch online by following our Star Trek streaming guide.

What Is Star Wars?

As per StarWarsFandom, it incorporates tropes from the fantasy genre, such as queens, knights, and chivalry, and the story unfolds as a battle between good and evil.

Throughout the Star Wars universe, there are several political science components and historical allusions. As per the film, the collapse of the Roman Republic and the rise of an empire influenced the plot finale of the Rebel Alliance’s battle for freedom from the Galactic Empire.

The Similarities And Differences Between Star Trek And Star Wars

Originally a television show, Star Trek follows the exploits of a crew assigned to Starfleet, a humanitarian organization and space-based peacekeeping.

As a space opera fantasy series, Star Wars revolves around princes and princesses and the chivalry of the knights in the distant past of a mythical galaxy. J.J. Abrams is directing new films for each of these famous and profitable series.

There hasn’t been the same amount of mass fandom and cultural effect on Star Trek as there has been on Star Wars up to the most recent films.

While the scale of Star Wars is more expansive, it also includes a more complicated network of political interests, alien races, and personal feuds. Star Trek’s universe is clean and sophisticated, but some of Star Wars locations are filthy and soiled.

The most apparent similarity between Star Wars and Star Trek is that they both have names that sound like one other. Two-word titles with the first word starting with Star and the second word being four letters long mirror each other.

Because of the similarity in their names, the two brands are often confused by the general public. What sets Star Wars apart from other sci-fi franchises is the second word: “conflict,” as in “wars” between the stars, as opposed to “trek,” as in exploring new planets in space.

There are several famous spacecraft in the Star Wars and Star Trek worlds, to name just a few. There are X-wings and Y-wings and Star Destroyers in Star Wars, but every Starfleet vessel and the command ships of many alien cultures are available in Star Trek.

In both Star Wars vs Star Trek youtube, westerns play a significant role in the plots and character development. There are gunfighters like Han Solo and Boba Fett in Star Wars and Mos Eisley Spaceport, a lawless hamlet right out of an old Western film. It’s a rough-and-tumble version of a western in a galaxy far, far away.

Why Is Star Trek Better Than Star Wars? 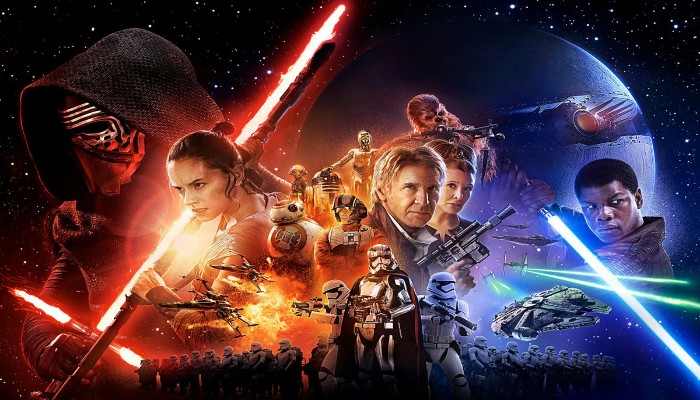 Star Wars is, without a doubt, the most popular and well-known narrative globally. No other book, television program, or movie has had such a significant cultural influence.

It introduced science fiction to the general public, elevated marketing to the status of a scientific discipline, and, most crucially, inspired countless people to pursue their ambitions indefinitely.

However, just because the Federation is plainly on the good side in Star Trek crosswords does not imply that they are always correct and that everything they do is inherently “good.”

Good people commit terrible things to save the lives of others on several occasions in the Star Trek universe. The fact that they are human does not make them evil.

Star Trek foresaw the future of technology, from smartphones and tablets to translucent metal, and it inspired those who worked to make it a reality. Since its debut in 1966, Star Trek has acted as a stepping stone for some of its brightest minds to explore science and technology.

There is a complete logic behind Star Trek galactic quadrants used in this series that you may learn more about.

Who would win between Star Trek & Star Wars?

“Star Trek Technology” is better than “Star Wars Technology,” yet “Star Wars” will prevail in an all-out conflict. When it comes to sci-fi, Star Trek always triumphs. The Enterprise’s sensors are superior to those in the Star Wars world. Star Destroyers in the Star Wars universe don’t have anything like the shields seen on the USS Enterprise, despite their importance on the ship. No one can deny that stars wars vs star trek have plagiarised each other greatly. In the eyes of Trekkies, Captain Kirk and Spock are as iconic as the Millennium Falcon, while Star Wars fans can point to the Death Star. The most realistic of the two is Star Trek! Sci-fi vs. fantasy: the difference between star trek vs star wars The Prometheus is a prototype Starfleet ship developed for deep-space, tactical missions. The Beta Antares Shipyards-built Prometheus is Starfleet’s fastest and most technologically advanced warship, launched on Stardate 50749.5.

Star Trek vs Star Wars are both sci-fi films that include space travel and extraterrestrials. The Star Trek television series, which premiered in 1966, had a significant impact on the commencement of the popular Star Wars movie in 1977. The first Star Trek film, “The Motion Picture,” was released in 1979.

What is the good side of Star Trek?

Because it represents optimism, it was the first and one of the few works of fiction to depict an optimistic future for human society, and it remains one of the most influential. It was also the first to depict a future in which people are devoted to research and exploration, which was groundbreaking at the time. Not only is space exploration important, but so is a personal discovery.

Even though the locations of star wars vs star trek are relatively similar, the films have a wildly impressive amount of conflicts throughout the films, characters that are extremely exclusive to one another, and genres that are very different from one another.

Star Wars is a film series that is nearly solely focused on battle or the struggle between good and evil; Star Trek is considerably more concerned with moral challenges and ethical judgments.

Moreover, the characters most often identified with each series are distinct since Spock is half-human and is not considered a villain, but Darth Vader is considered a human villain.

Star Wars is described as scientific fantasy since the existence of the force is a mythical idea, which makes it difficult to categorize.

On the other hand, Star Trek is considered science fiction since the events shown in the films are not based on imagination and have at least the potential of being genuine or feasible.