“The Hate You Give”, Depicts Why Incidents Such as The George Floyd Case Happen 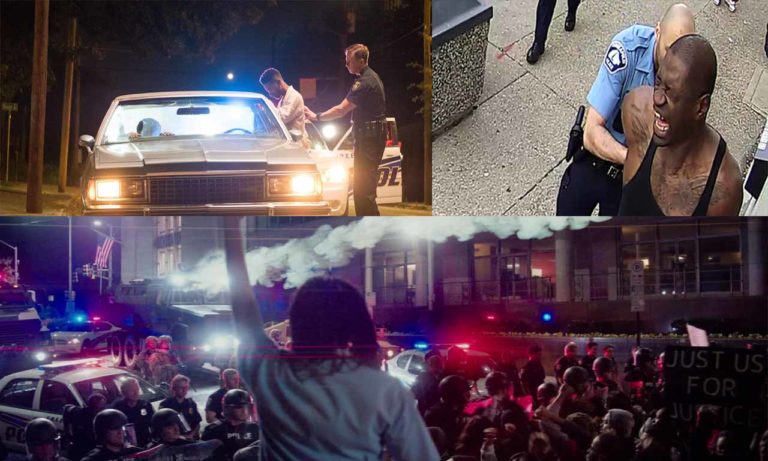 The Hate You Give, shows exactly what happened during the George Floyd incident. The movie starts sweet and slow and you develop a personal connection with Starr Carter. The way, it’s been filmed, but more is to come, it’s not a sweet romance.

In the movie, Starr is continually switching between two completely different universes — the poor, for the most part, black neighborhood where she lives.

And the Wealthy, a generally white prep school that she goes to. The uneasy settlement between these universes soon shattered.

Starr is shown around driving with her best friend, who too is black. When suddenly a Police vehicle stops them and asks her friend to come out of the car. Before anything is said or understood, Starrs friend has been shot by the Police officer.

As she witnesses all this in front of her eyes, Starr decides on confronting weight from all sides of the community, Starr must discover her voice and choose to stand up for what’s right.

Is this only a work of fiction? Don’t incidents like these happen on a daily basis with the Blacks and the minorities? The movie is available on Amazon Prime for $14.99 and is also available on Hulu. However, if you live outside the U.S, you will need a VPN service to watch American content.

Looking at what’s happening right now in the George Floyd case is no different than what happens in the film. Police vehicles were set on fire, freeways were blocked, windows of stores and businesses were shattered and authorities had to use tear gas and even rubber bullets.

Thank God for people like Mayor Jacob Frey, who stand with the minorities and are taking steps to end this unrest. Mayor Jacob said in a post:

Ben Crump, a prominent civil rights and personal injury attorney, spoke “We all watched the horrific death of George Floyd on video as witnesses begged the police officer to take him into the police car and get off his neck,”.

Crump said in a statement. “This abusive, excessive, and inhumane use of force cost the life of a man who was being detained by the police for questioning about a non-violent charge.”   Has justice has been brought this time, all the 4 Police officers involved in the case have been terminated. But is that justice, NO?

Is that really justice when you play around with an unarmed person’s life, choking him? What really started to happen was first Floyd was having trouble breathing, he pleaded “Please, please, please, I can’t breathe. Please, man,”

But the officer instead put him under a more brutal situation. It resulted in less oxygen going to his heart and brain, which finally caused Floyd to die.

Here is a deeper insight into the case and the latest update regarding it.


Here’s a little history of the violent Police officers involved in the incident, with that kind of record it’s shocking they were still on duty.

And the aftermath of this unjust killing.

I sincerely have no words, for the mourners of George Floyd, but all I can say is that, if “Martin Luther was living he wouldn’t let this be.”