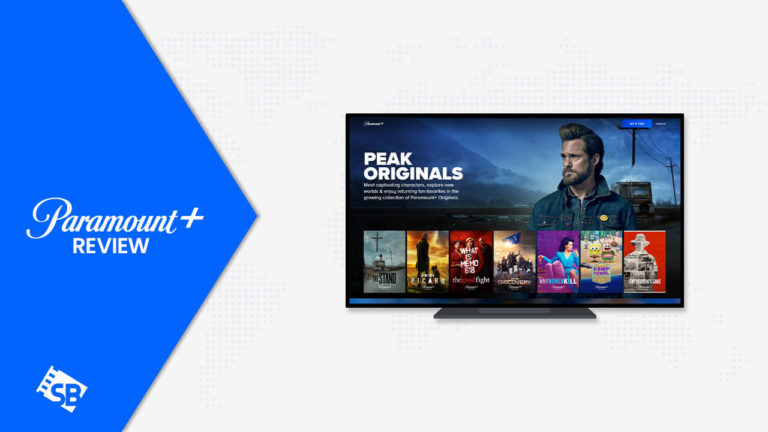 Is Paramount Plus worth it? Yes, Paramount Plus is definitely worth it as it houses award-winning films, popular cartoon shows, live sports, and events.

Now that the Showtime content is part of the app, you can even upgrade your streaming experience. To find out what’s new with Paramount+ and to decide whether it’s truly worth it — read our Paramount Plus review.

One of the most well-known streaming services that offer movies and TV shows to watch on demand is Paramount+. Launched in 2014 as CBS All Access, the service was rebranded as Paramount+ in March 2021 and the changes go deeper than just the brand name.

Along with movies and TV shows from the Paramount Global family of brands, such as BET, CBS, Comedy Central, MTV, Nickelodeon, Paramount Pictures, and the Smithsonian Channel, Paramount+ offers more than 30,000+ TV episodes and films, including original productions.

Sadly, the platform is officially available in the US, Australia, Canada, Germany, Italy, Latin America, Middle East, Nordics, the UK, and Ireland.

You need a VPN to watch Paramount Plus outside USA or in any other unsupported region. ExpressVPN is one of the best VPNs to unblock geo-restricted content on Paramount Plus.

Get Paramount+ with ExpressVPN!Our Top Recommendation

If you’re short on time, quickly scan through the pros and cons to decide is it worth getting Paramount Plus:

Let’s get started with the detailed Paramount Plus review 2023!

Paramount + VS Other Streaming Services

Most of the new customers must be looking for a Paramount Plus review. Below we have a comparison table of Paramount Plus compared with other streaming platforms so that you can make your decision to buy the subscription accordingly.

Thousands of hours of content are available on Paramount+, which is also one of the most reasonably priced on-demand streaming services.

Paramount+ provides original content, sports, news, kid’s shows, and family entertainment at this low cost. It is home to the Star Trek universe and many other best Paramount Plus shows.

How Much Does Paramount Plus Cost in 2023? 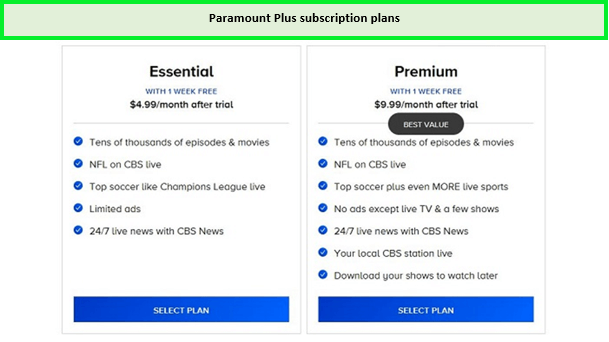 Choose the plan according to your needs.

The annual fixed charge for the Limited Commercials package is US$49.99. While the No Commercials package will set you back US$99.99 per year. These are both tempting deals for people looking to save a little money each month. Let’s have a look at pricing plans on Paramount Plus:

With this plan, you can access network channels, featuring CBSN, CBS Sports, CBS News, and CBS Home Entertainment, for just US$4.99 per month or US$49.99 annually.

You can also watch the best Paramount Plus movies and shows like I Love Lucy, Blue Blood, Young Sheldon, The Godfather Trilogy, Two and a Half Men, and many more with the essential plan.

This subscription package costs US$9.99 per month and US$99.99 annually; a 7-day free trial is also offered to new users. Live sports are available when purchasing this premium subscription, along with local CBS.

The biggest feature of this subscription is that you may save content for later watching and enjoy the ad-free video streaming of your choice. You can also cancel Paramount Plus subscription anytime.

Now, you won’t get confused about is Paramount Plus premium worth it as this subscription deal is one of the finest choices for viewers who desire uninterrupted streaming and the ability to save videos for later use. However, you could encounter the Paramount Plus error codes at any time. 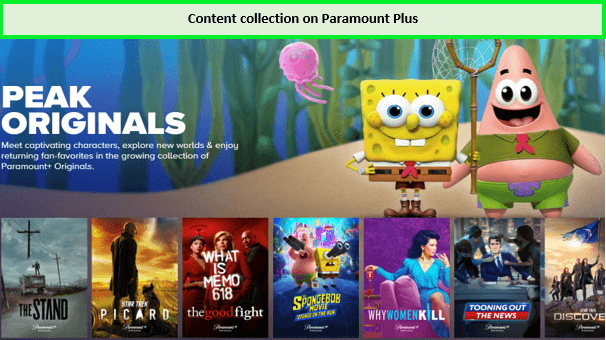 Paramount Plus has an extensive collection of movies and shows.

Paramount+ offers a broad range of content. New customers on Paramount+ must wonder what shows are on Paramount Plus. Well, you can watch some amazing shows like Blood Treasure, SEAL Team, Players, Lingo Game show, and many others.

Additionally, Paramount+ also has an extensive collection of movies. You can watch movies like Honor Society, The Only, The Offer, and many other amazing films in its library.

What Features Does Paramount+ Have?

In all, Paramount+ features around 30,000 shows from its CBS, Comedy Central, Paramount Network, BET, MTV, VH1, and other channels, and hundreds of movies from the Paramount Pictures library. It’s a lot like CBS All Access, plus more.

Here we have discussed some of the features in our guide to Paramount Plus review.

The Live Channel Hub, a new Paramount+ feature, is accessible to all Paramount+ customers, regardless of whether they are on the Essential or Premium plan. These networks are not your normal broadcast channels, in contrast, to live TV streaming services. Live programming is instead divided into genres.

For a better streaming experience, subscribers to the Paramount+ Premium package may get programs in Dolby Vision, 4K, or video formats using HDR 10. Premium users will also get audio that makes use of Dolby Atmos.

Most parents think that Paramount Plus is garbage for their children. Well, no not at all. With such a wide variety of content, from children’s shows to adult dramas, Paramount+ offers customers the option to set parental controls, limiting shows depending on age or level of maturity.

What Devices are Supported by Paramount Plus? 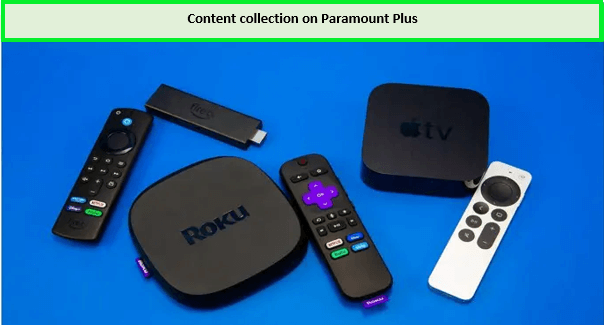 Paramount Plus can be used on various devices.

The majority of mobile devices, streaming devices, and smart TVs all support Paramount+ streaming. You can watch the content on the following devices according to our guide on Paramount Plus review:

Is Paramount+ Worth It?

Yes, according to our guide on Paramount Plus review, it is worth it. Despite being less expensive than Hulu and Netflix, Paramount+ is restricted to only providing content from Paramount Global brands. Paramount+ is undoubtedly valuable if you’re a fan of titles, including Star Trek, SpongeBob SquarePants, The Challenge, or Survivor.

Paramount+ has become more popular with the introduction of its original programming. With the seven-day Paramount+ free trial, you’ll have plenty of time to decide. But how to get Paramount Plus for free? Simply click on the Try It For Free button on the Paramount Plus website.

According to the Paramount Plus app review, you can watch your favorite content anywhere and anytime on your preferred device. With Paramount Plus plans review, select the plan that suits you and enjoy streaming.

Is Paramount Plus worth purchasing?

Yes, Paramount Plus is worth purchasing. At US$4.99 per month, you can enjoy a collection of episodes and movies if you love ViacomCBS programming like MTV or Comedy Central or prefer CBS’s next-day programs. The Nickelodeon content would be sufficient compensation for the cost if you have a family with children. However, you will need ExpressVPN if you want to watch Paramount Plus outside USA.

Is it cheaper to get Paramount Plus through Amazon Prime?

Yes, it is cheaper to get Paramount Plus through Amazon Prime. For just $9.99 per month, Prime Video’s Premium membership allows you to enjoy Paramount+ without any advertising.

Is Paramount Plus bundled with anything?

We hope that our guide on Paramount Plus review was helpful for you and now you can decide accordingly if the streaming platform is right for you or not.

When we review Paramount Plus, then we will get to know that the platform is a hybrid blend of all types of content. Most importantly, it offers very affordable subscription plans with ads for basic and without ads for premium plans. However, you will need ExpressVPN to watch Paramount Plus content outside USA.

For anyone still stuck over Paramount Plus is it worth it? Yes, the platform is definitely worth it so get its subscription and enjoy!