All Fast and Furious Villains Ranked from Worst to Best

The Fast and Furious series is among the most fun, exciting, and memorable movie series to date. With each installment proving that our favorite characters can still outrace new and old villains, the series has had many bad guys come through the ranks.

Some are worse than others, but none are better than the ones in this article. Here are all Fast and Furious villains ranked from the worst to the best. 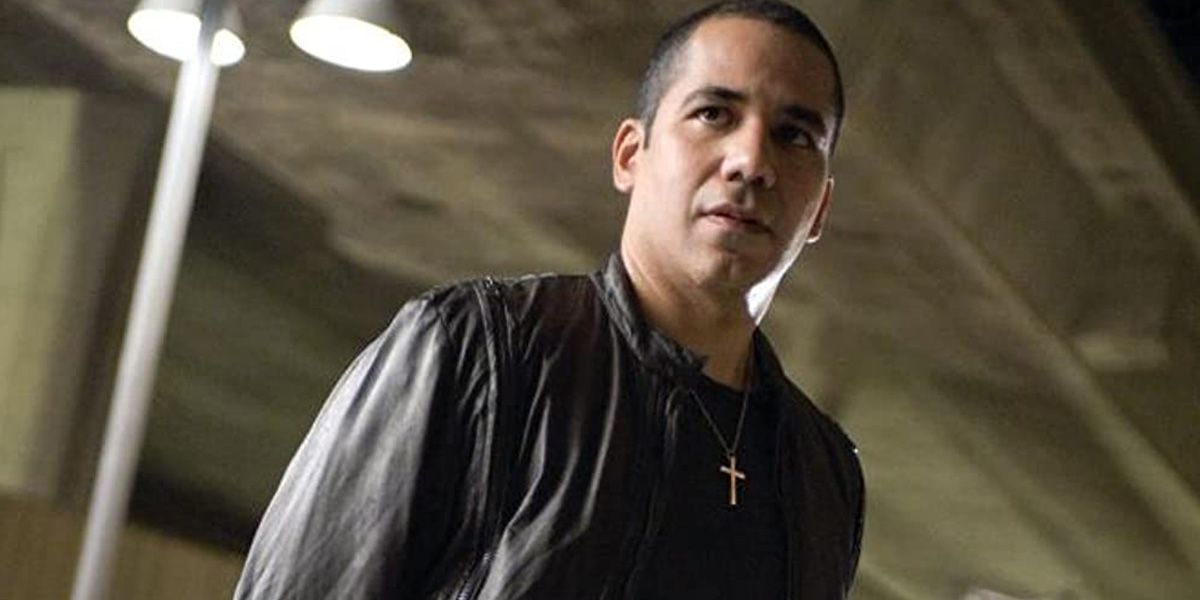 Fast & Furious had the potential to be an excellent movie. It’s got all of the good, standalone elements of any Fast film: an ensemble cast with chemistry, creative set-pieces, and engaging narrative.

But what it didn’t have was Riddick or Hobbs. And without those two characters/actors, its fight scenes are boring to watch, its action sequences are generic, and its villains are forgettable.

Arturo Braga (John Ortiz) is given the most screen time of all the Fast & Furious franchise’s antagonists to date, but that’s not enough to save him from being a rather underwhelming antagonist for this series standards.

His backstory with Brian O’Conner is predictable, his character doesn’t have much going for it, and he feels like a generic drug dealer – that’s the writer’s opinion, though.

Watch these Fast and Furious movies in chronological order and the best villain by yourself.

That’s why we have him on number 10 in our list of Fast and Furious Villains ranked from worst to best!

9. Johnny Tran (The Fast and the Furious)

The Fast and Furious franchise has never had the strongest track record for villains. It manages to shine in almost every other element, but its bad guys are often just, well, bad.

John Tran (Rick Yune) is your typical, uninspired revenge-driven villain. He’s got an incoherent backstory with Dom that comes out of nowhere and a grudge that the movie tries to build up without much success.

This Fast and Furious Villain then goes on a road-to-road rampage across Los Angeles, mainly because of how impatient he is, all so he can get his hands on those damn nitrous boosted engines.

His story arc impacts Han’s character, but that’s not enough to redeem him from being a lackluster antagonist in the grand scheme of things.

Hernan Reyes (Joaquim de Almeida) is the Brazilian version of Arturo Braga. The Fast Five antagonist has the same (lackluster) traits that made Braga such a forgettable villain for this franchise: An incoherent backstory with Brian O’Conner, poor motivations, boring action sequences, and a bad guy who is also a businessman.

The Fast Five antagonist does have the distinction of having one of the franchise’s more exciting and engaging backstories (with Brian), and he and Hobbs do make for an okay pairing. But that isn’t enough to save him from being, once again, a lackluster villain for this series standards.

7. Cipher (The Fate of the Furious) 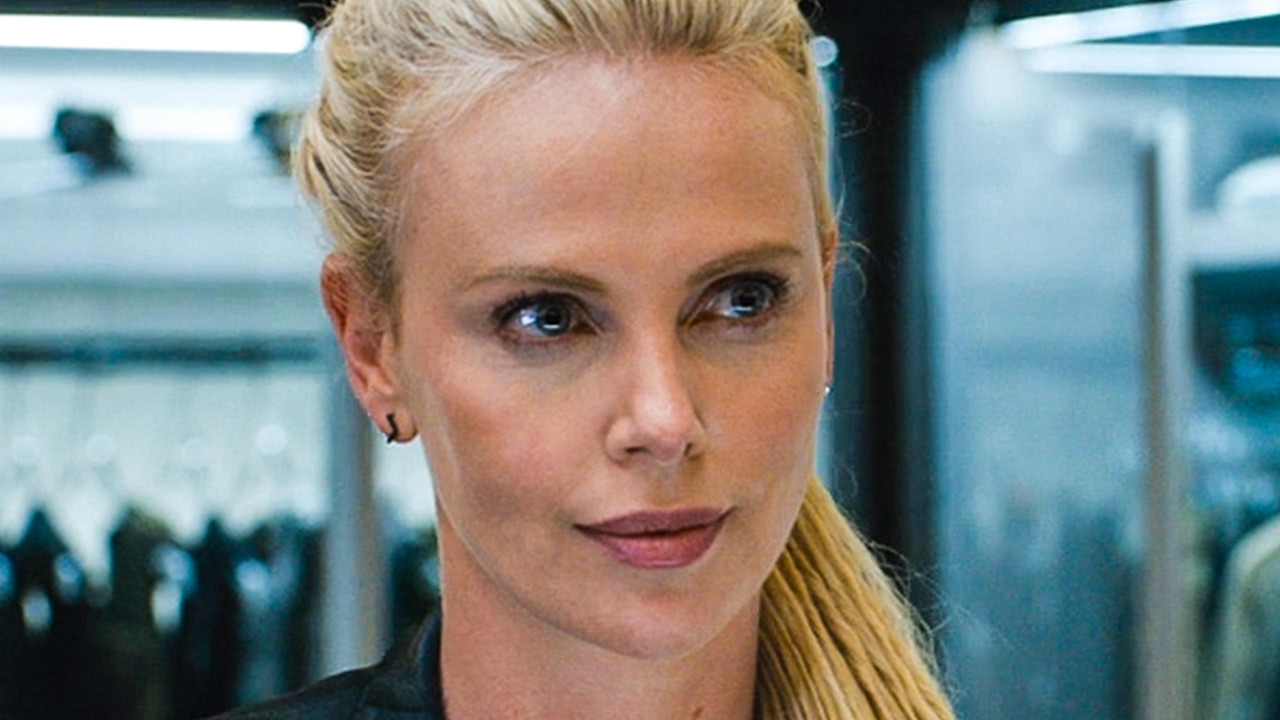 Cipher (Charlize Theron) is probably the first Fast & Furious antagonist who feels like a threat. She’s ruthless, intelligent, and has a presence that makes her feel more powerful than any other bad guy from the franchise before.

She is a perfect final boss for Dom and his crew to match wits with, even if she does feel a little too powerful at times.

The only reason that Cipher is not higher up on this list is that she, unfortunately, falls into the same issues that have plagued most of the franchise’s antagonists; bad motivations and development.

You can watch F9: The Fast Saga on Amazon Prime from anywhere.

2 Fast 2 Furious deserves a lot more credit than given. It’s still not as good as the first film (who could ever top Brian and Dom), but at least it manages to branch out and improve on some of the first film’s flaws. And chief among those is its antagonist, Carter Verone (Cole Hauser), a pretty good villain.

This Fast and Furious Villain has understandable motivations, his presence in the film feels menacing, and he does impact the characters within the sequel’s narrative – all of which are commendable qualities for this franchise’s antagonists. And while Verone himself isn’t exactly memorable, his impact on the movie more than makes up for it.

You can watch some of these Fast and Furious movies on Hulu outside US. 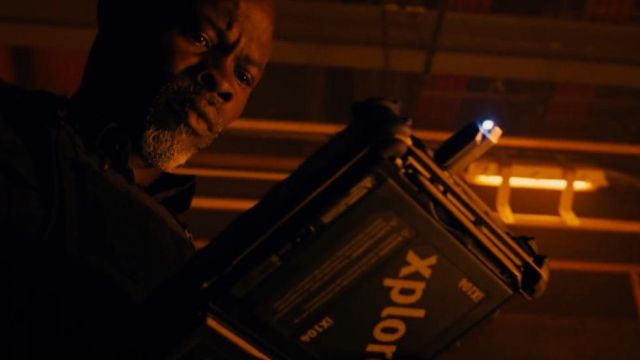 Mose Jakande (Djimon Hounsou) is an otherwise generic bad guy with one cool twist; he has ties with Deckard Shaw. That twist makes him feel like more of a threat than he would have been otherwise, but it’s not enough to redeem him from being another uninspiring villain for this franchise.

He is not the worst, but he is also far from being “the best.” We can call him a medium villain and it is worth it that we don’t add anything to his description.

Brixton Lore (Idris Elba), while being your stock revenge-driven bad guy, at least has the amenities of having a strong presence in Hobbs & Shaw. He also gets to take his beef with Deckard to another level, which makes him feel like more of a threat than other Fast & Furious villains.

However, none of this is enough to make him anything more than an otherwise forgettable villain for this franchise. We can say that he is a medium-tier bad guy, at best, maybe because of the role he was given to play.

You can also check out our blog our All Fast and Furious movies ranked from worst to best.

Owen Shaw (Luke Evans) does have one or two qualities that make him feel above average. He is intelligent, he has a strong presence throughout the narrative of Fast & Furious 6, and his actions affect the main characters – all good things to be found in this franchise’s antagonists.

But other than that, Owen is a pretty average antagonist for this franchise. The only thing that sets him apart from other bad guys in this series is his ties to Deckard Shaw. He isn’t bad, but he also isn’t perfect either.

2. Takashi (The Fast and the Furious: Tokyo Drift)

Takashi (Brian Tee) at least has the distinction of being one of the more memorable villains in this franchise, but that isn’t enough to make him great. There is also very little presence or impact on either Han or Sean, which does not exactly help his case.

Takashi is an otherwise generic villain who at least doesn’t go down as forgettable, but even that isn’t enough to make him a top bad guy in this series. He is also not the worst.

Deckard Shaw (Jason Statham) is a great villain for Furious 7. He has understandable motivations that make him feel like a believable character, and he does impact the main characters of the film – especially Dom.

His presence throughout the movie also feels intimidating. It makes him feel like a legitimate threat to both our protagonists and other antagonists. This makes him a dangerous character from the get-go.

Overall, Deckard is a good Fast and Furious Villain who at least manages to be one of the most memorable villains in this franchise. He is not perfect, but he still deserves the title of “the best.” He ranks at number one in our list of villains from worst to best.

All these movies are available to stream on Amazon Prime Video, but if you are in a non-supported region, you might need one of these best Amazon Prime VPNs.

According to user reviews on different platforms, these are the top Fast & Furious villains ranked from worst to best.

As you can see, some of these villains are better than others, which is precisely how it would be in real life. You can watch these Fast and Furious Villains Ranked again by re-visiting the Fast and Furious series again and see if the rankings are true.

The good thing is that these series are available on various streaming platforms, like Amazon Prime. You can even buy them on DVD or Blu-Ray and watch them at your convenience.