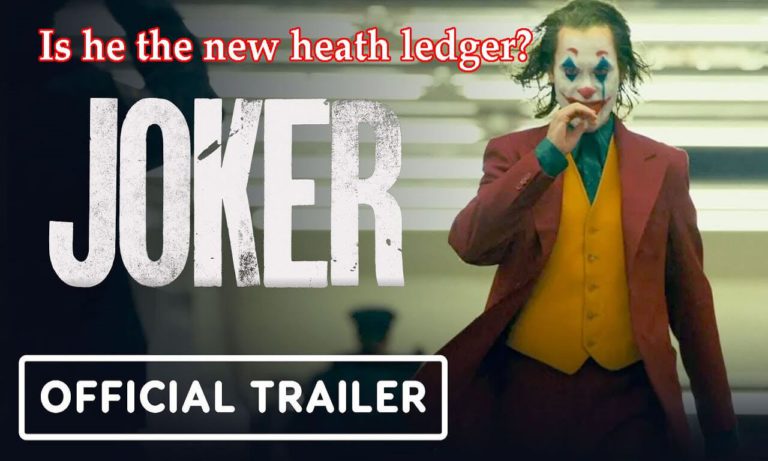 “Is it just me, or is it getting crazier out there?”

The upcoming DC film “Joker” is all about the most iconic villain in Gotham’s history. The final trailer released on Wednesday, and fans are already in love with the new spin on Joker’s character staring “Joaquin Phoenix.”

The Dark Knight’s portrayal of Joker was unbeatable. However, I totally changed my mind since this grinning nemesis has shown new heights of insanity in the final trailer.

But initially when the Oscar-nominated actor was asked to portray the Joker in the upcoming movie, Phoenix said he hesitated:

“There was a lot of fear; but I always say there’s motivating fear and debilitating fear,” Phoenix said in the August 2019 issue of Total Film magazine. “Now, when I look back, I do not understand why. There is the fear where you cannot make a step, and there is the kind where it’s like, ‘OK, what do we do? That’s not good enough.’ And you’re digging deeper and deeper. I love that kind of fear. It guides us, makes us work harder.”

Everything We Know About the Upcoming DC’s Joker Movie

According to Hollywood Reporter, Warner Bros. explained the movie as “exploration of a man disregarded by society [that] is not only a gritty character study, but also a broader cautionary tale.”

“I wouldn’t quite classify this as like any genre,” Phoenix said in an interview with ComicBook.com in 2018. “I would not say it’s a superhero movie, or a studio movie. Underneath the excitement of these films, and the size of them, there are these incredible characters that are dealing with real-life struggles.”

Who will earn the crown of Gotham’s greatest Joker of all time? Let me know by sharing your views in the comment section.