Have you watched the Twilight movies? Do you have a favourite? The Twilight movies may be a guilty pleasure for some, but there’s no denying that they’re a huge phenomenon. In this blog, we will have a look at all the twilight movies ranked from best to worst!

The franchise, based on the popular book series by Stephenie Meyer, follows the story of Bella Swan (played by Kristen Stewart), a human who falls in love with vampire Edward Cullen (played by Robert Pattinson).

The Twilight movies were a huge box office success, grossing over $US three hundred and sixty million dollars worldwide. However, they were not without their fair share of criticism.

Some found the movies poorly written and acted, while others thought the story was simply ridiculous. Let’s have a look at all the twilight movies ranked.

Here we have compiled the list of Twilight movies ranked from best to worst for the fans around the globe;

The final instalment in the Twilight franchise, Breaking Dawn – Part II, was the highest-grossing film of the entire series and received generally positive reviews from critics. While some found the film too long and drawn-out, others praised its visuals and acting.

Breaking Dawn – Part II is a satisfying conclusion to the Twilight saga. It’s exciting, well-acted, and visually stunning. If you’re a fan of the franchise, it’s definitely worth watching. We have all Twilight movies ranked for you.

The first Twilight movie was released in 2008. The film was met with mixed reviews, with some critics praising its visual style and acting, while others found the story unoriginal and poorly executed.

The Twilight plot follows Bella Swan as she moves to Forks, Washington, to live with her father. There, she meets and falls in love with Edward Cullen, a vampire who must abstain from drinking human blood. The two must deal with the dangers that come with their relationship and the threat of other vampires who want to harm Bella.

The third Twilight movie, Eclipse, was released in 2010. The film generally received positive reviews, with critics praising its action sequences and visual effects. However, some found the film to be too long and convoluted.

The Twilight Saga: Eclipse plot involves Bella Swan being caught in the middle of a conflict between vampires and werewolves. This time, she must choose between her love for Edward Cullen and her friendship with Jacob Black.

The movie also features some of the franchise’s most intense action sequences and some very impressive visual effects.

Overall, Eclipse is a solid entry in the Twilight franchise. It’s exciting, well-acted, and features some breathtaking visual effects. You can check it out and be the judge. You might find it more interesting than others, or maybe. 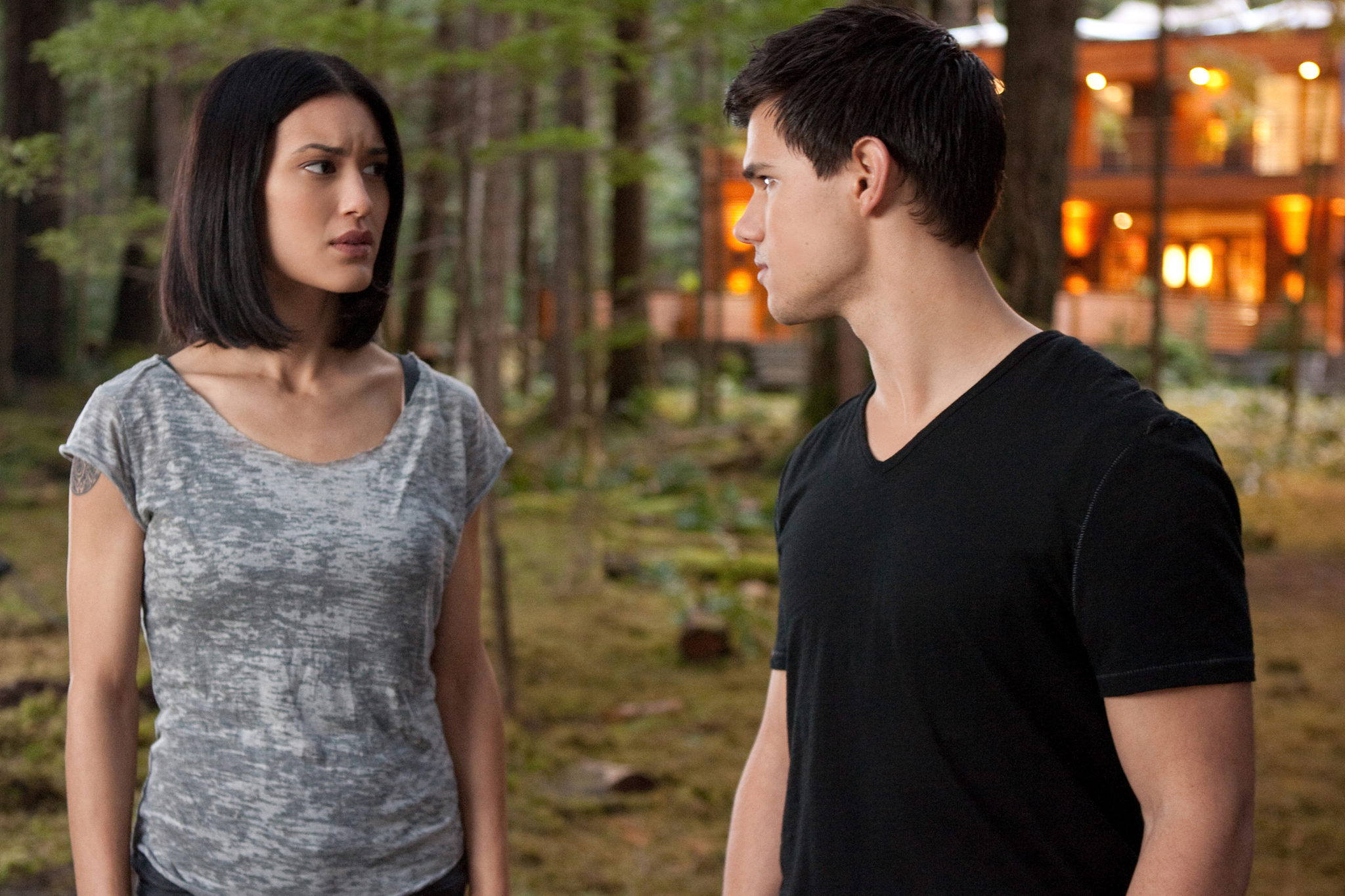 The first part of the two-part Breaking Dawn movie was released in 2011.

The film was met with mixed reviews, with some critics praising its visual style and acting, while others found the story unoriginal and poorly executed.

The Twilight Saga: Breaking Dawn – Part I plot focuses on Bella Swan (played by Kristen Stewart) and her new life as a vampire.

The film picks up after the events of Eclipse, with Bella and Edward Cullen (Robert Pattinson) getting married. The couple then goes on their honeymoon to Brazil, facing some challenges.

Breaking Dawn – Part I is a decent entry in the Twilight franchise. It’s visually pleasing and has a few good scares. However, the story is lacklustre, and many scenes feel like filler. You need to find and watch the full movie to get the whole story behind it.

The second Twilight movie to watch, New Moon, was released in 2009.

New Moon was met with generally positive reviews, with critics praising its visual style and acting. However, some believe that the film is too slow-paced and that the story is unoriginal.

The film picks up after the events of Twilight, with Bella dealing with the grief of Edward leaving her. Bella eventually finds comfort in her friend Jacob Black (Taylor Lautner), who she later discovers is a werewolf.

Overall, New Moon is a visually stunning film with great acting. However, its slow pace and unoriginal story may turn some viewers off that is why it has been placed below in Twilight movies ranked. . If you haven’t watched the New Moon, it’s high time you watch it and be the judge.

Besides Bella, Edward, Nikki, and Jacob, Twilight Eclispse have many other important characters like Aro, Rosalie Hale, and Renesmee. If you are a twilight fan, it’s good to know about your favorite Twilight Eclispse cast and crew, isn’t it?

The above list represents the twilight movies ranked. The franchise is a mixed bag. The first movie is far from perfect, but the later movies are visually stunning and feature some great acting.

If you are a fan of vampire or werewolf movies, the Twilight franchise is worth checking out. The good thing is that each movie is better than the last, so if you can get through the first one, you’re in for a treat. Ensure that you follow the Twilight movies in order to watch, though, as the story is one continuous arc.

Also, check out these movies similar to Twilight.