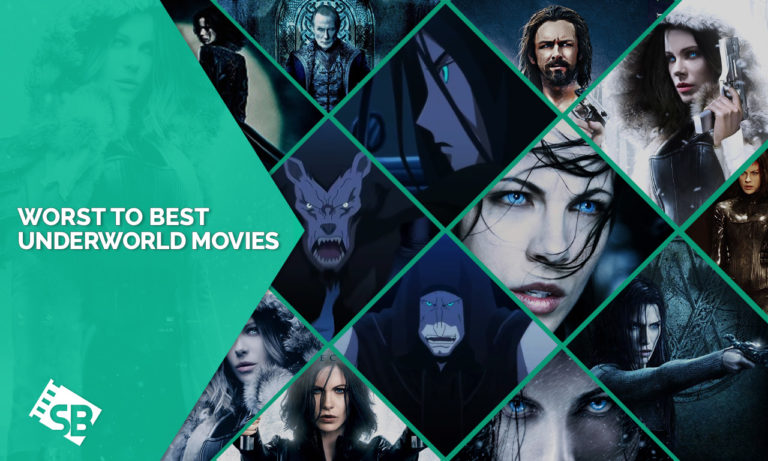 This article will discuss the entire Underworld movie series in order and rank them from the worst to the best. This will make it easier for you to understand the movies and make it easier to choose which movie to watch. So, if you have been yearning for this information, continue reading. Let’s get started.

Here are the Underworld movies ranked from best to worst: 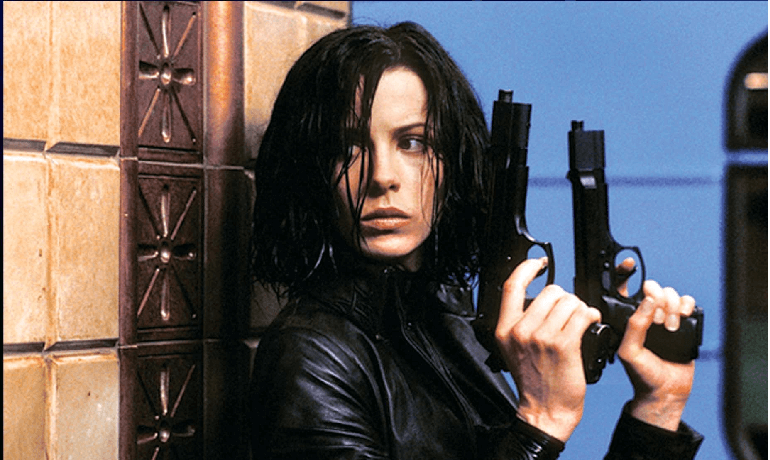 Underworld is a 2003 action horror film. It is directed by Len Wiseman and written by Danny McBride. The movie stars Kate Beckinsale and Scott Speedman.

The film follows the story of Selene (Beckinsale), a vampire warrior who finds herself locked in a battle against the Lycans, a race of werewolves who seek to destroy her and her kind. It’s a highly rated movie, according to Underworld movies rotten tomatoes.

Want to know more about Selene? Here’s everything you need to know about Selene’s character.

What makes Underworld (2003) the best among all?

The movie isn’t gory, but there are enough creepy bits to keep you on your toes. Plus, Kate Beckinsale is absolutely gorgeous and does a great job in the action scenes.

The story is well-constructed, and the acting is great, especially from Kate Beckinsale. If you’re looking for a movie that will keep you entertained from beginning to end, Underworld (2003) is definitely worth a watch.

Underworld: Evolution is a 2006 action horror film, It is directed by Len Wiseman and written by Danny McBride. It is the sequel to the 2003 film Underworld and the second installment of the Underworld franchise.

The main cast from the first film all reprised their roles, with Tony Curran as Marcus Corvinus. The story follows Selene (Beckinsale) and Michael Corvinus (Speedman) attempting to stop the war between the vampires and the Lycans.

Also, check out this in-depth review of Underworld’s cast and characters.

Why is Underworld: Evolution (2006) rated second on this list?

Underworld: Evolution (2006) is a decent sequel, but it’s not quite as good as the original. The acting is still great, but the story isn’t quite as well-constructed as the first movie. However, it’s still a very enjoyable film and is definitely worth watching.

Underworld: Evolution has an IMBD rating of 6.7/10. Underworld: Rise of the Lycans is a 2009 American action horror film. It is directed by Patrick Tatopoulos and written by Danny McBride. It is the prequel to the 2003 film Underworld and the third installment of the Underworld franchise.

The main cast from the first and second films reprised their roles, with the addition of Rhona Mitra as Sonja. The story follows the origins of the war between vampires and Lycans and how Lucian (Michael Sheen) became the first werewolf.

Underworld: Rise of the Lycans (2009) is a good prequel movie, but it’s not quite as good as the original or the sequel. The acting is great, but the story could have been better. However, it’s still an enjoyable watch and is definitely worth checking out.

Underworld: Rise of the Lycans has an IMBD rating of 6.6/10. 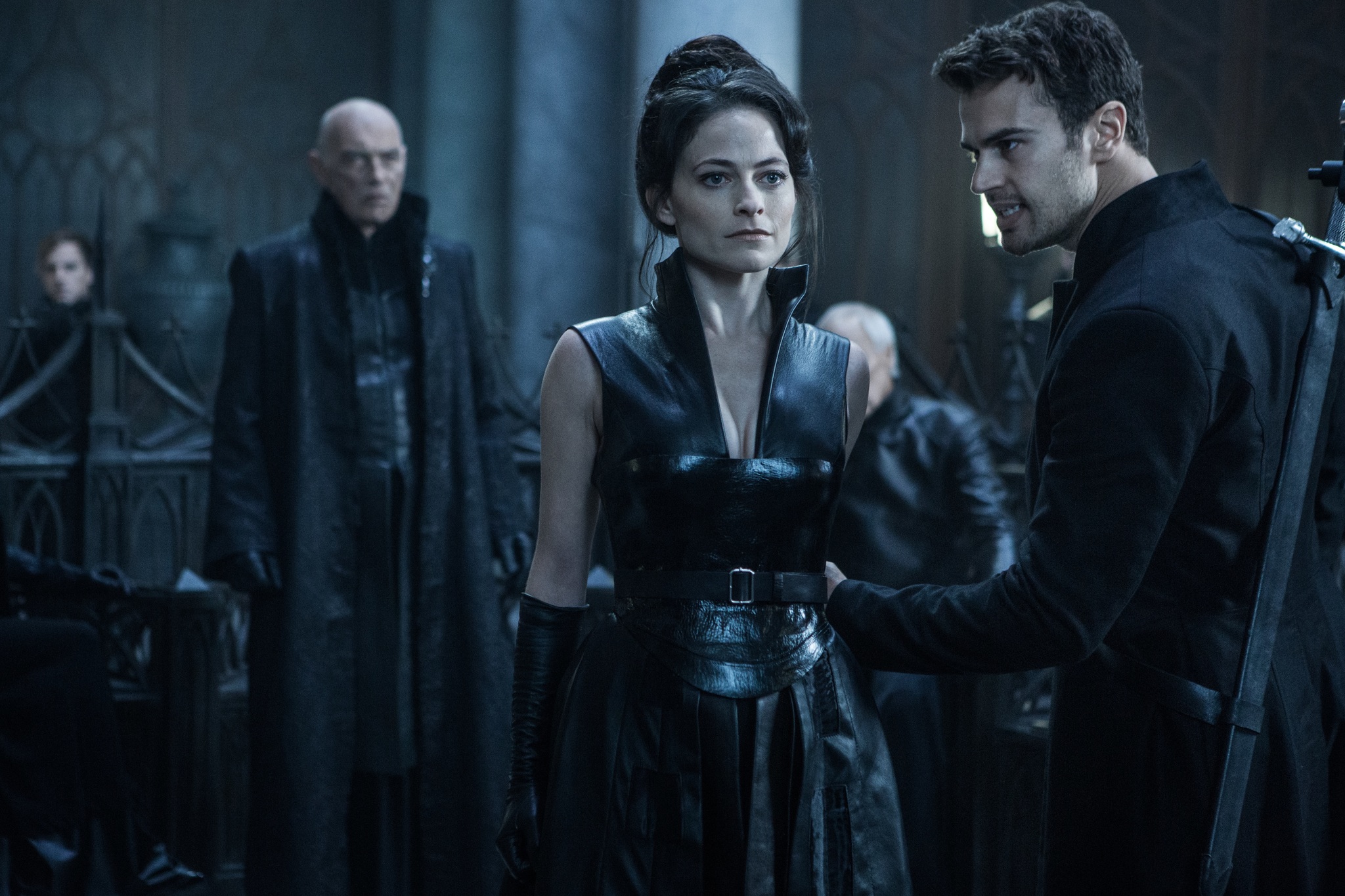 Underworld: Blood Wars is a 2016 action horror film made under the direction of Anna Foerster and written by Cory Goodman. It is the fifth installment of the Underworld franchise.

The main cast from the previous films all reprised their roles, with the addition of Tobias Menzies as Marius.

The story follows Selene (Beckinsale) and her daughter, Eve (India Eisley), fighting to protect the Vampire and Lycan races from extinction.

Underworld: Blood Wars (2016) is a decent movie, but it’s not quite as good as the original, the sequel, or the prequel. The acting is great, but the story isn’t as well-constructed as some other movies in the franchise. However, it’s still worth watching and is enjoyable for fans of the series. 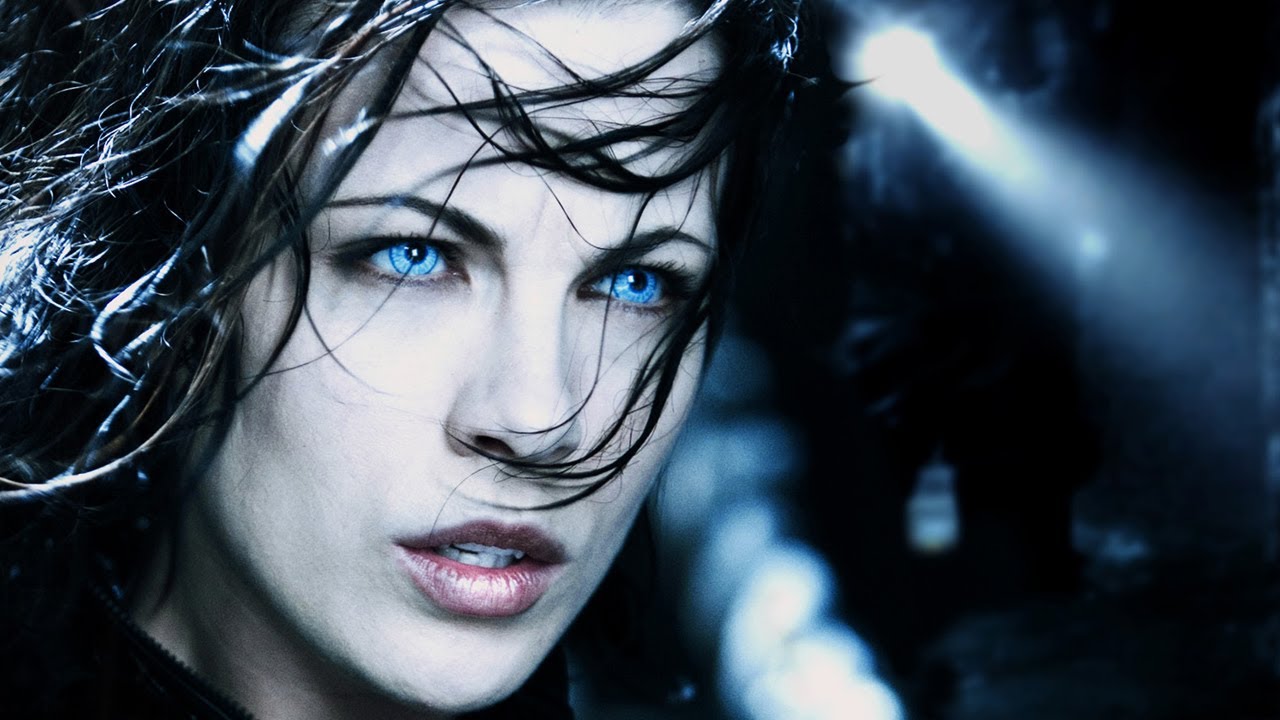 Underworld: Awakening is a 2012 American action horror film directed by Måns Mårlind and Björn Stein. It is the fourth installment of the Underworld franchise. The main cast from the previous films all reprised their roles, with the addition of Theo James as David. The story follows Selene (Beckinsale) as she wakes up from a 12-year coma and searches for her daughter.

Why is Underworld: Awakening (2012) ranked the worst on the list?

Underworld: Awakening (2012) is a poor movie according to Underworld movies rotten tomatoes and is easily the worst film in the franchise. The acting is terrible, the story is nonsensical, and generally a bad movie. If you’re looking to watch an Underworld movie, I recommend avoiding this one.

Underworld: Awakening has an IMBD rating of 6.3/10.

The best Underworld movies in Hollywood are generally pretty good and are definitely worth watching. However, Underworld: Awakening (2012) is not worth your time, but you will need to watch it to understand the plot of the fifth movie.

These movies are the best and most enjoyable in the franchise. So, find the movies that interest you and enjoy them!