It seems two of the most successful and globally acclaimed animated adult series, South Park and Beavis and Butt-Head are jumping ships.

As speculated, the complete library of South Park will become available to the international and the US subscribers of Paramount+ in 2025, when its current streaming deal with HBO Max concludes. The migration will start with season 27 in 2024, and the complete catalog of South Park seasons and made-for-streaming films will shift to Paramount+ at the beginning of 2025. 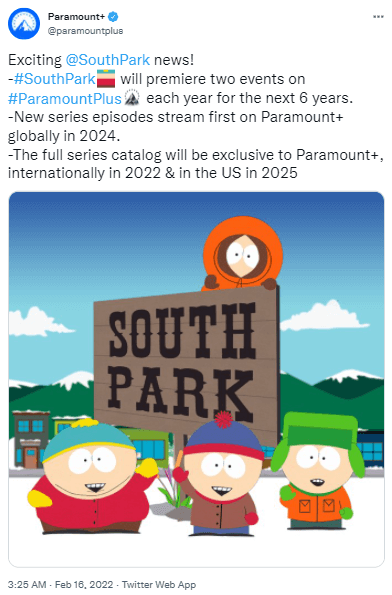 The current deal, which was penned back in late 2019, was valued at in excess of $500 million. Back then, the agreement was in line with Viacom’s strategy to exhibit the company’s biggest intellectual property on other platforms including HBO Max, which was selected due to the fact that it hosts several popular sitcoms like Friends and Big Bang Theory.

With the revival of Viacom and CBS, the previous CBS ‘All Access’ was revamped to center its strategy on all of the conglomerate’s popular brands, from Comedy Central and BET to MTV to Nickelodeon to BET. And with the evolvement of the service, the comedy show comes under the roof of the platform that has already managed to pull a handsome viewership for South Park, with the help of the streaming movies.

Whereas, Beavis and Butt-Head will make a comeback with the latest episodes this year on Paramount+ and abjure its debut on Comedy Central. It was announced back in 2020 that Comedy Central was going to revive the Mike Judge and Greg Daniels created comedy series for two new seasons including spinoffs. The new episodes are set to skip Comedy Central completely and debut on Paramount+ with a schedule this year that is yet to be revealed.

The series will make a combined entrance one Paramount+ this year with the new movie, Beavis and Butt-Head Do the Universe. Both the comedy show and the film will be welcomed to the content library of 200+ episodes of the original comedy series about the two rocking loafers on the ViacomCBS-backed platform. 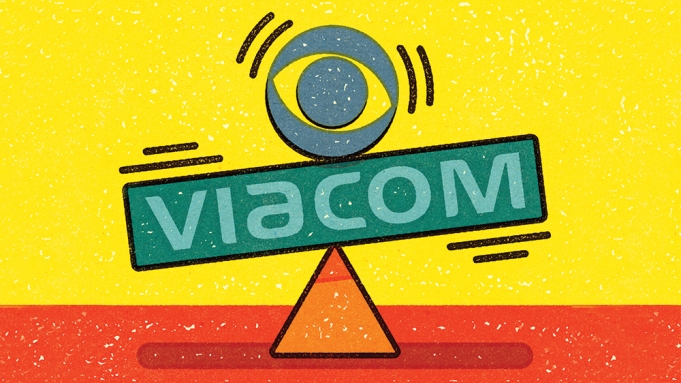 Talking about South Park, Paramount+ has slanted hard on the comedy franchise of Trey Parker and Matt Stone with the production of several ‘made-for-streaming’ films. A couple of South Park films premiered on the streaming platform last year with the complete content library including more than 310 episodes made available on the popular streamer to international audiences.

Parker and Stone recently penned a lucrative new deal with ViacomCBS that contains 14 made-for-streaming films and a renewal of the fan-favorite South Park that will see the flagship series going till its milestone 30th season.

Beavis and Butthead have revealed as part of an adult animation thrust at Comedy Central made around the linchpin, South Park. Also, there are a few speculations going around that another project in line with this strategy, Darya spin-off Jodie, could also jump to Paramount+, but that has been rebuffed by ViacomCBS. Beavis and Butt-Head’s move to Paramount+ has been given a green light, however, the future of planned adult animation mushrooming of Comedy Central remains unclear. So what are you waiting for? Get ready to watch Paramount Plus!

Chris McCarthy, chief content officer, impromptu entertainment and adult animation for Paramount+ made the announcements at the ViacomCBS Investors Event.

“South Park and Beavis and Butt-Head are two of the most successful and widely known adult animation IP in the history of the genre and I am thrilled that Paramount+ will be their exclusive new SVOD home,”
stated McCarthy, who is in charge of unscripted and adult animation for ViacomCBS.
“By expanding the universe of these franchises, we are unlocking significant value within ViacomCBS’ treasure chest of IP and this is just the beginning.” 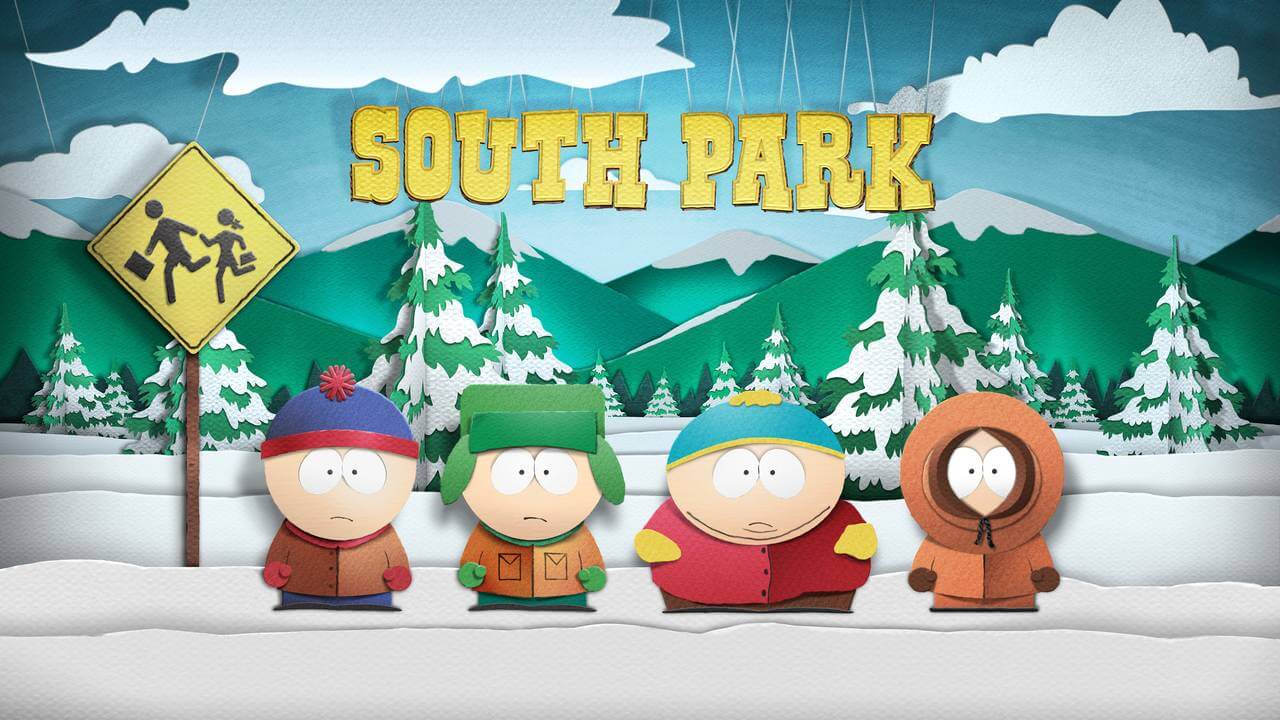 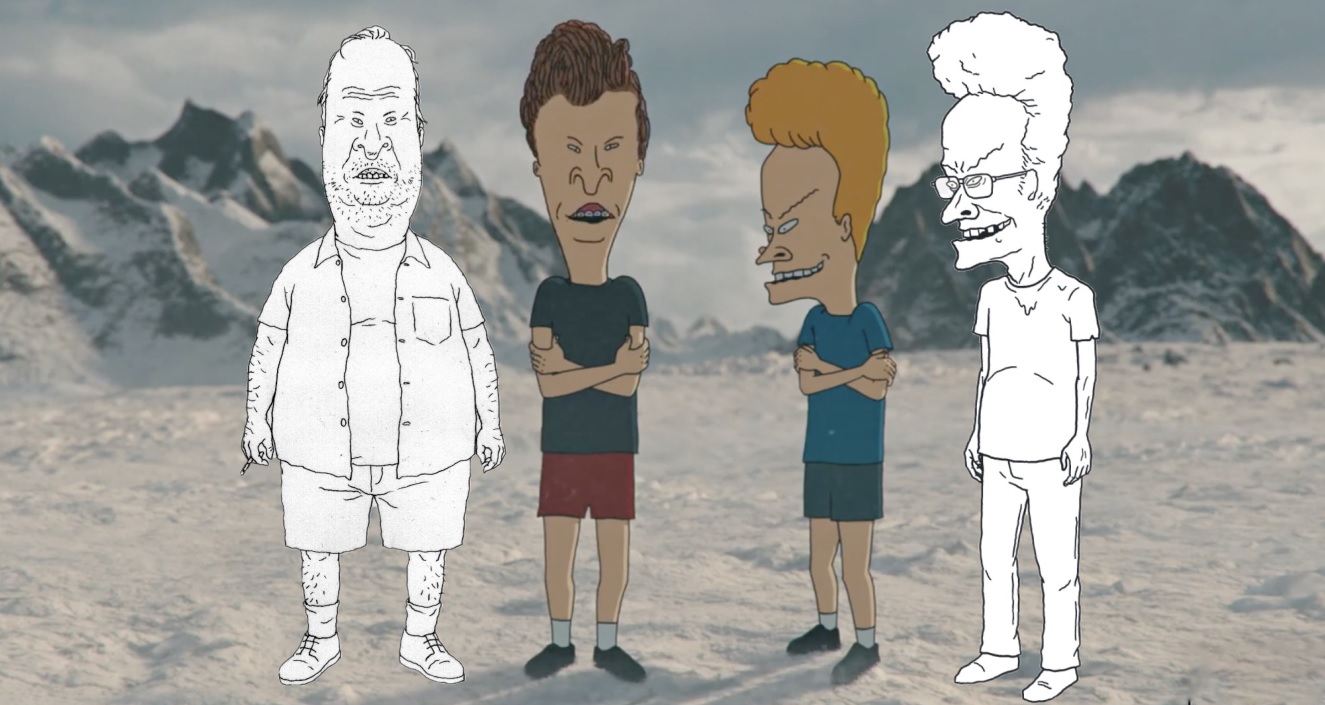 New on Disney Plus