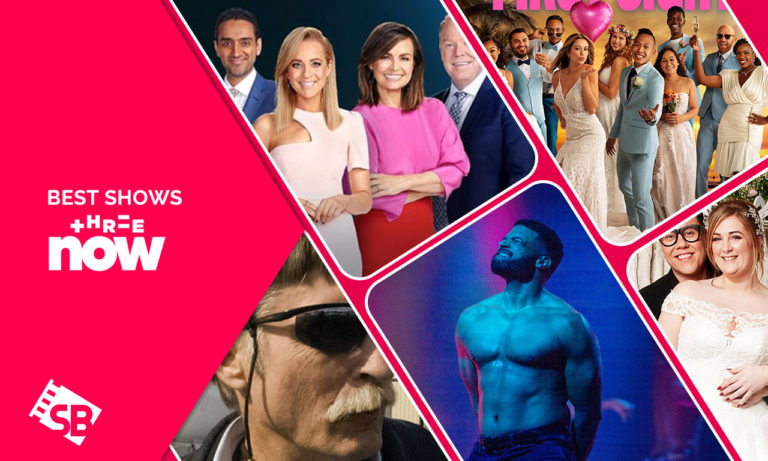 Are you seeking recommendations for the Best Shows on ThreeNow? You are very lucky, as we have produced a list of the top programs, including documentaries on ThreeNow, for you to watch.

ThreeNow covers a wide variety of genres, including action, comedy, adventure, romance, and drama that viewers can watch on multiple devices.

As the platform is based in Newzealand and is inaccessible to audiences from other parts of the world, to watch ThreeNow outside New Zealand  one needs to connect via a reliable VPN such as ExpressVPN. If ThreeNow not working in your area it is most probably geo-restricted for your region.

So without further ado, here are the best shows on ThreeNow listed below for you to choose from and enjoy watching when you are done for the week.

What are the best shows on ThreeNow in 2022?

Don’t know What are the Best Shows on ThreeNow? Well, don’t worry because we made a list for you that would make you want to watch ThreeNow shows every time you want to have fun screen time. 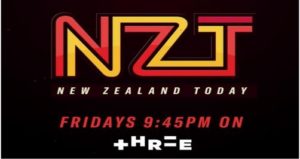 The list of comedy shows on ThreeNow will not be complete without New Zealand Today. It is a show hosted by Guy Williams about the latest news and entertainment from a comedic and satirical point of view. 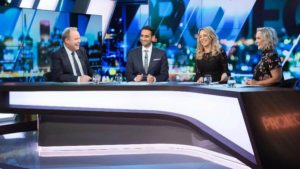 Hosted by Jesse Mulligan, Kanoa Lloyd, and Jeremy Corbett the show gives a fresh, contemporary, and sometimes humorous look at current affairs along with guest panelists. Promoted as “not the same old song and dance” the show boasts a different approach towards bringing the audience up to speed to the day-to-day affairs. 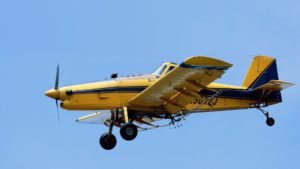 Repo guys looking for an adrenaline rush take themselves and the authorities to extremes to seize expensive aircraft worth several millions of dollars.

Ken Cage, a family guy, and Danny Thompson, an inked companion, are traveling through the harsh desert landscape of Arizona in search of a rare Baron 58 aircraft. Mike Kennedy, a daredevil who enjoys flying and is a skilled pilot, searches the night sky above Florida for a Learjet that seems to be about to go down. 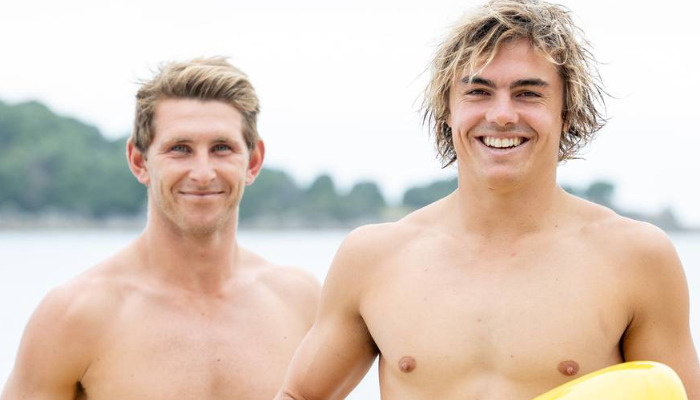 The show follows Bay patrol guards during the holidays as a huge crowd of beachgoers gathers at Aotearoa’s surfing beach at Mount Maunganui.

Viewers get a first-hand account of how these heroes deal with medical emergencies, rescues, and shark sightings. Dealing with life and death scenarios the Bay Patrol lifeguards strive to keep the beachgoers safe all holidays. 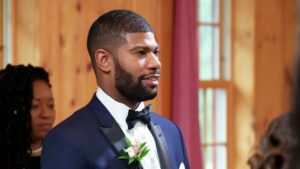 The daring publicity stunt in which unattached individuals, who have been paired with potential partners by professionals, marry complete and utter strangers whom they encounter first time on their marriage day.

The show “Married at First Sight” is a competition in which prospective spouses are chosen for one another by a committee of “professionals” based on “logical” criteria. They don’t talk for more than a few moments, even before the wedding. 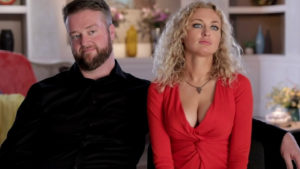 Four foreign ladies take advantage of the United States novel fiancée visa, which allows them to stay in the country for a total of ninety days and begin their new lives with their American fiances.

Each couple gets a total of ninety days to tie the knot before the permits become invalid and the ladies are required to go back home. 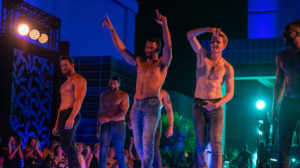 Ten guys who’ve already “lost their magic” shall participate in a game show altogether, exposing their innermost thoughts and feelings while also learning dance moves in the hopes that one of them will be named True Magic Mike. 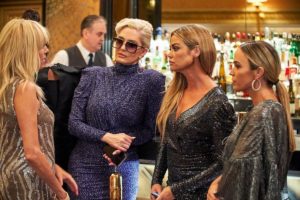 Each season examines the daily lives and interpersonal relationships of a small group of about between 6 and 8 females who reside in a particular town or region of the country. The actresses are mainly mature ladies who come from affluent backgrounds. 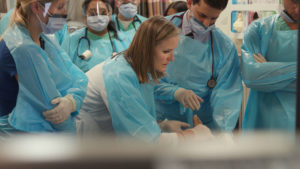 Emergency is one of the most unique documentaries on ThreeNow. It takes audiences behind the scenes of one of the largest and busiest crisis wards, The Royal Melbourne, which sees more than 80,000 victims annually.

With Australian actress Susie Godfrey as narrator, we observe how medical personnel protect lives every single day while they cope with diseases, shocks, wounds, attacks, disasters, and other medical emergencies and traumatic events. 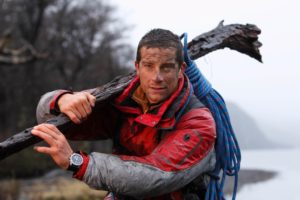 Bear Grylls travels all over the world in search of the most hazardous destinations and environs so that he may demonstrate to us how to stay alive in such settings.

He is ready to provide helpful advice that could save lives because of the specific skills he has developed and the understanding of the local species he has acquired. 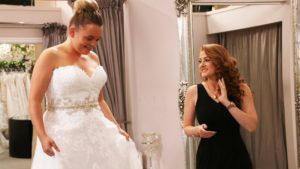 Anxious brides may get assistance from the sales staff, supervisors, and designers at a variety of boutiques located all throughout Manhattan. At the same time, they search for the ideal gown for their marriage. 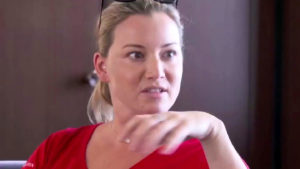 This installment of the “Below Deck” franchise follows 9 crew members who work and live on a ship that is 150 feet long and has a sailboat, staff, and setting.

Mark Howard, a sailor who has spent over 30 years aboard ships, and Sandy Yawn, one of the very few women in the sailing business who have ever held the role of captain, have taken turns commanding the boat’s crew as a leader throughout this program.

Kardashians, who are renowned for being famous, are the subjects of the reality show “Keeping up with the Kardashians.”

The show chronicles day-to-day lives of the Kardashian/Jenner clan as they all open up their lives for the audiences to watch. KUWTK may arguably be one of the best  reality shows on ThreeNow. 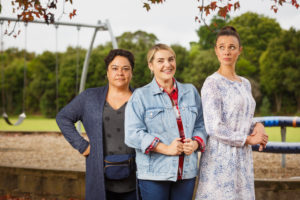 The first day of preschool for Jess’s lone kid is an important life lesson for Jess. She is thrust into a universe of self-righteous, judgmental, and detached women whose primary goal is to portray their kids as the most brilliant and fabulous kids in the planet’s history.

And let’s wait to discuss the lecturers here. Jess wishes that by entering the Jr. Crowdfunding Working group, which will help her create herself in the school system, she will also be able to seek friendship. 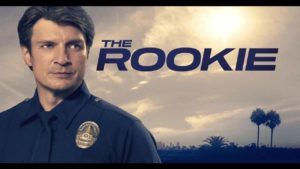 After a life-changing event, John Nolan, a boy from a small village, is trying to fulfill his ambition of becoming an investigator for the Los Angeles Police Department. Beginning anew is more complex, particularly for someone in his position.

He is the eldest rookie in the department, and some of the more significant look at him and think he is merely going through a midlife crisis while wandering about. If he cannot maintain abreast with the younger police officers and crooks, he will put everyone’s life in danger, even his own.

ThreeNow has a decent catalog of movies and shows with content not only originating from New Zealand but also from other countries.

The offered genres cater to a wide variety of audiences for example cooking enthusiasts would find some of the most entertaining best cooking shows on ThreeNow. So stream ThreeNow shows and movies and enjoy the offered choices.

Our roundup of the best shows on ThreeNow ensures that at least one of these programs will appeal to your tastes. Grab a bowl of popcorn and sit in for an evening of binge-watching your favorite series on ThreeNow.