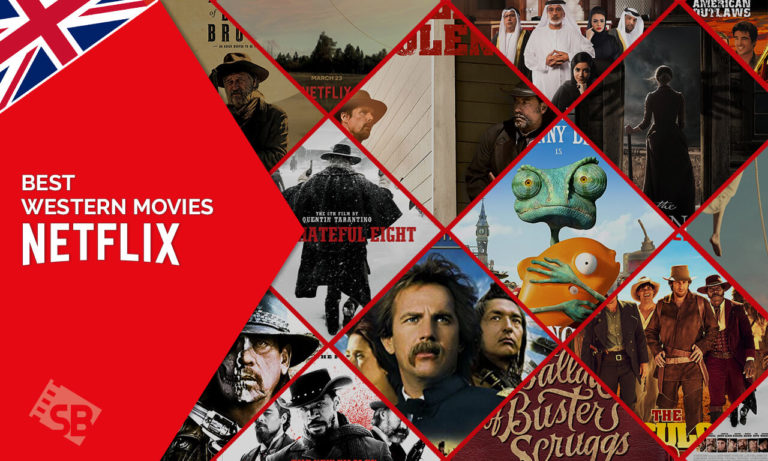 Movie-enthusiasts never get tired of swooning over classic yet feel-good movies that are set in a western time. As a result, western movies have been a significant genre in Hollywood. Every year has brought with it a variety of the greatest western movies, and if you haven’t watched any yet, you’re missing out. You can also check out these ever best films on Netflix in UK.

Gun-toting cowboys, shady sheriffs, women clad in flowy skirts, and the harsh and dry west with a range of stories is still a popular choice.

To help you curate a watchlist based on this genre, we have handpicked a selection of the best western movies on Netflix in UK for you to binge on. Along with this, you can also watch romantic Christmas movies on Netflix.

So strap on those cowboy boots and treat your eyes to this wonderful array of cinematic goodness. 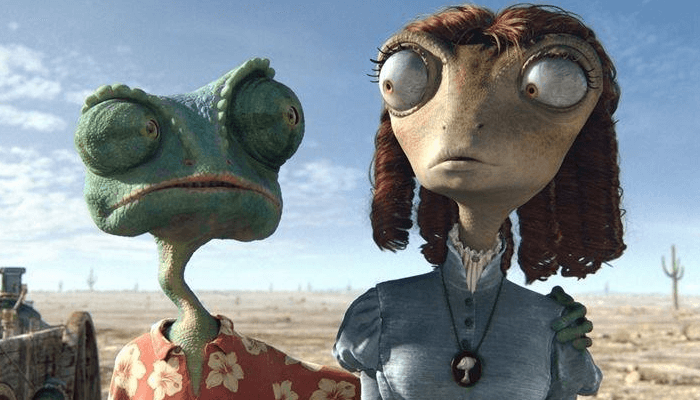 A chameleon who has lived his life as a house pet finds himself amidst the barren land of the western frontier. Going through an identity crisis, the chameleon accidentally lands in a town called Dirt, where he adopts the alias “Rango.” A series of events leads him to find his true self, and he must come through for people who put his faith in him. This movie is like a classic western film with a twist. It is animated, and the characters are not people but the animals you will find in the western lands and by far the best western yet animated movie on Netflix. 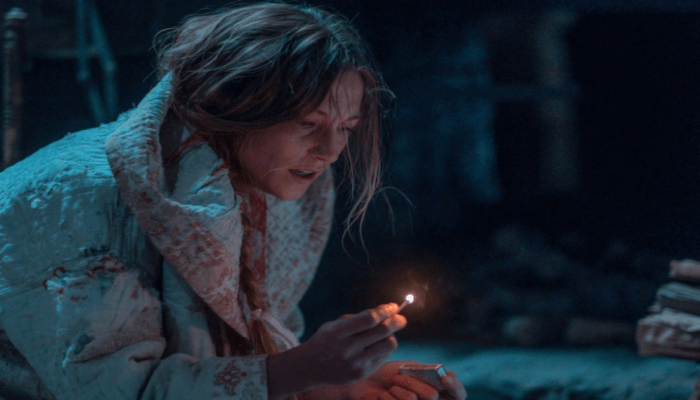 A horror Netflix movie set in the 1800s in the western frontier, The Wind is a story of a woman who has to face the brutality of this wildland – a land with many mysteries. A husband and wife move to an unpopulated area of New Mexico to start a new settlement. Later joined by another couple, a chain reaction of unfortunate events leads them to fear something sinister occupying the land they have decided to inhabit. If horror is your daily tea, then this is your cup to sip from. 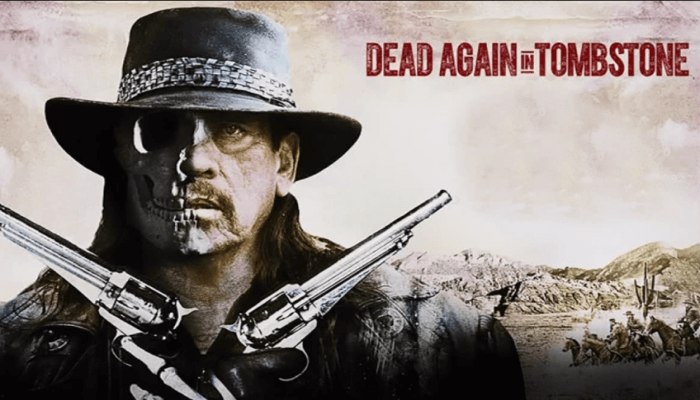 Guerrero is back again from the dead to protect the world and stop an ancient relic from falling into the hands of soldiers, which would bring actual hell to Earth. The former outlaw who made a deal with the devil and is out and about collecting souls for eternal damnation must stop an ex-confederate soldier looking for eternal life. 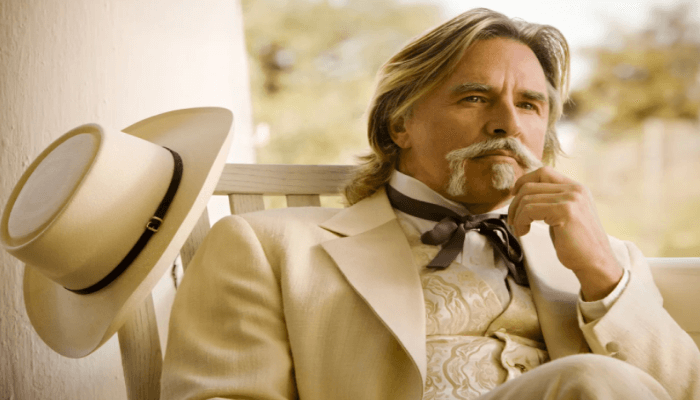 Set in 1868, just three years after the end of the civil war, a U.S marshal searching for his brother finds him murdered. Searching for the murderer, his investigation leads him to discover the corruption lying between towns, leading towards the revival of a civil war by a corrupt official and his lackeys. 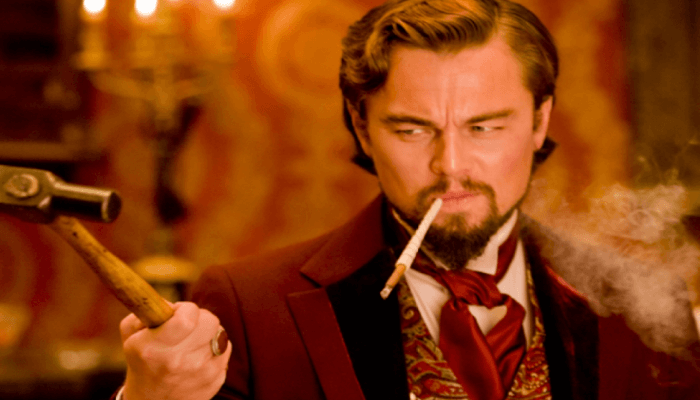 A window in the time of slave ownership and brutality, Django Unchained is a story of a freed slave looking to free his enslaved wife. With Quentin Tarantino’s signature style, the movie depicts a period where we see cruel plantation owners, the enslavement of black people, and bounty hunters on the loose. Will his plan succeed? Well, one must watch it till the end to know.

6. In The Valley Of Violence 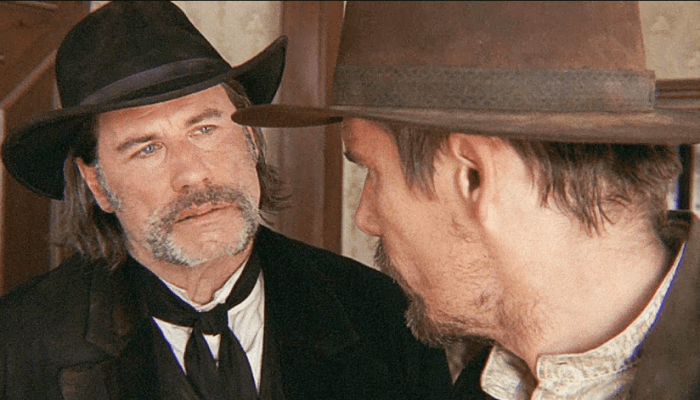 We’ve always seen taking shortcuts have consequences; well, in this case, a drifter named Paul and his dog go on a journey to Mexico and take a shortcut in hopes of reaching their destination quickly. Little do they know that they would find themselves in Denton, also known as the valley of violence. What happens next is something you should watch to find out!

7. The Ballad Of Buster Scruggs 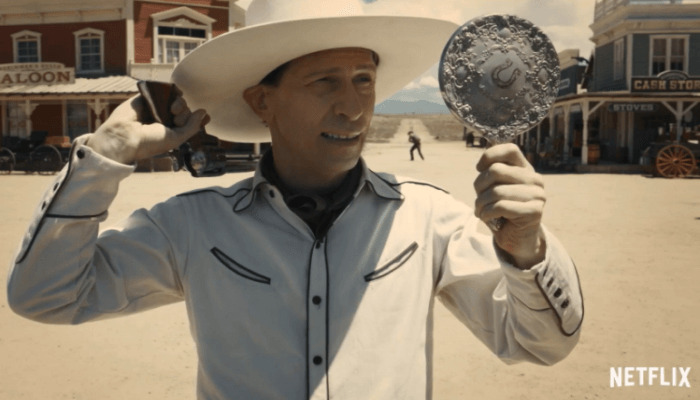 Without its violence, duels, daylight robberies, and bounty hunters, the West wouldn’t be called the wild West. The Ballad of Buster Scruggs is an anthology of six tales consisting of a singing gunslinger, a travelling impresario, a bank robber, an elderly prospector, a wagon train, and some bounty hunters making it an epic western movie for enthusiasts of this genre. With its over-the-top stories and scenes set in the American frontier, the movie is a treat to watch and can easily be put in the top ten best western movies available on Netflix.

8. The Ballad Of Lefty Brown 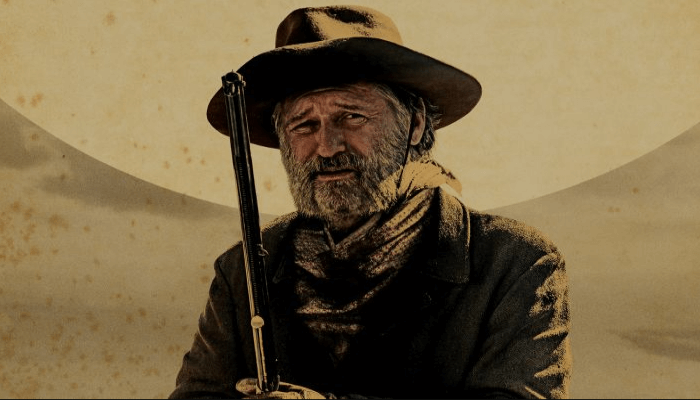 When it comes to avenging people, then people of the west know no bounds. The Ballad of Lefty Brown is a tale of vengeance and betrayal set in 1889 Montana. Lefty Brown (nicknamed after his injured left leg) loses his partner after being murdered by an unknown killer. Set on revenge, he sets on to track the killer and the person responsible for ordering the murder of his partner. However, he will soon find out the betrayal came from someone very close. 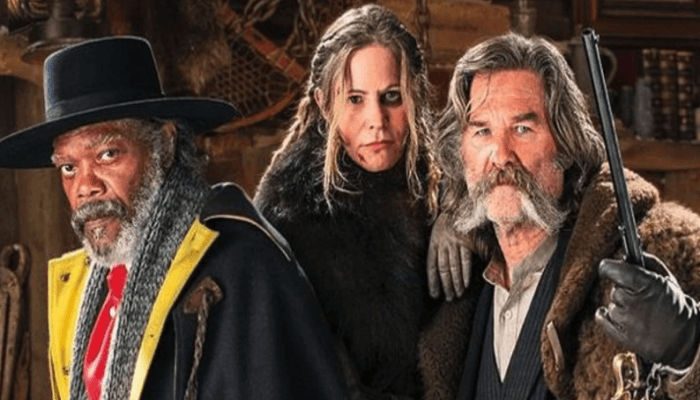 If you’ve watched Tarantino’s works, then you know his work has always been worth the watch. A bounty hunter with his captive travelling through a blizzard towards the town of Redrock comes across two people who join him in his coach. Watch this masterpiece to find out who are the other hateful humans and what the night holds for them. 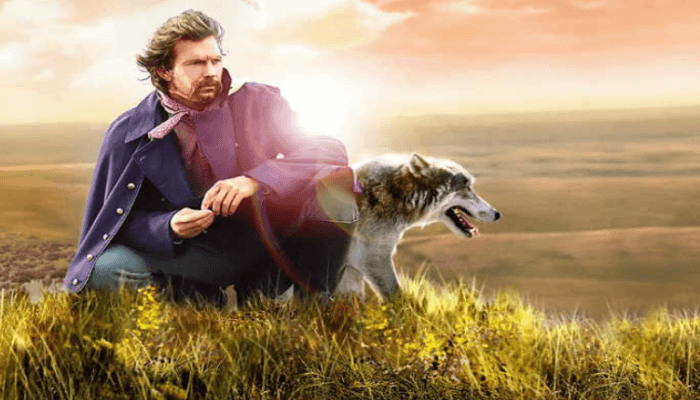 A bit old school but still sets a bar for recent filmmakers to beat. Made in the 1990s, a Lieutenant designated to a remote western civil war outpost befriends wolves and Indians making him a force to be reckoned with. Attracted by the simplicity of the lifestyle of the people living there, he decides to leave behind his former life and settles there. Can he find happiness? 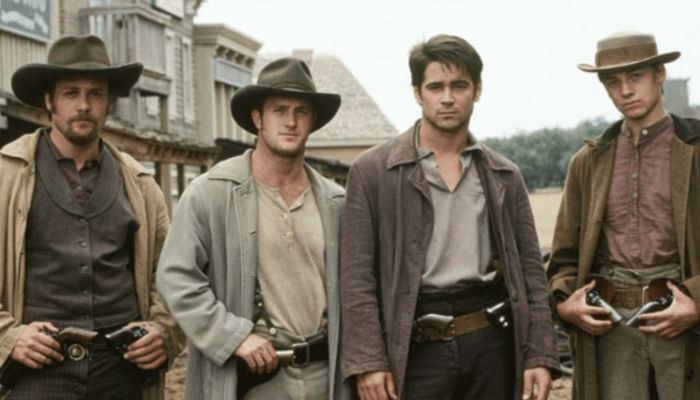 The war has ended, and five friends finally come back home, but the fight doesn’t end there as the Yankee soldiers and Pinkerton are busy helping a railroad baron grab land from the farmers. The friends unite to foil the plans of a cunning businessman who intends to move the people out of their residencies to make a railroad. 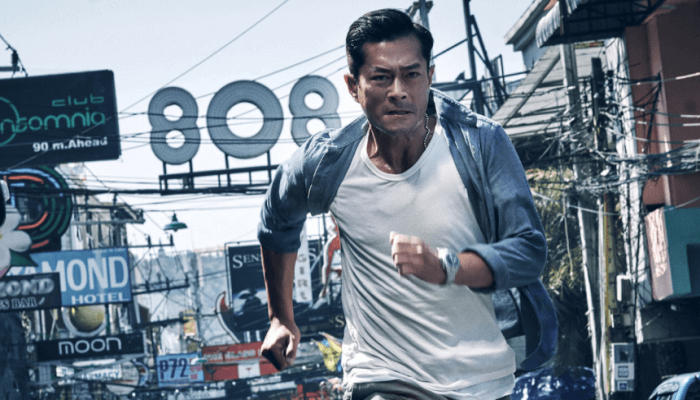 Treasure, supernatural powers, outlaws, and some music is quite an unusual combo, but it will certainly get you to believe in the power of music. A group of outlaws search for a treasure and amidst the search experience the supernatural powers of a full moon, and with adventure comes music which will prove that music holds the key to many locks. 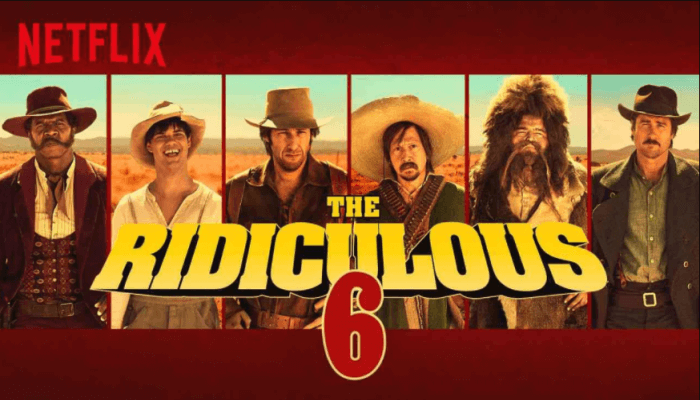 The duo of Adam Sandler and Rob Schneider is bound to leave you begging for air. Talk about finding out you’re an outlaw raised by native Americans and have brothers, not one but five other brothers. The six combine and go on a mission to find their deadbeat dad. 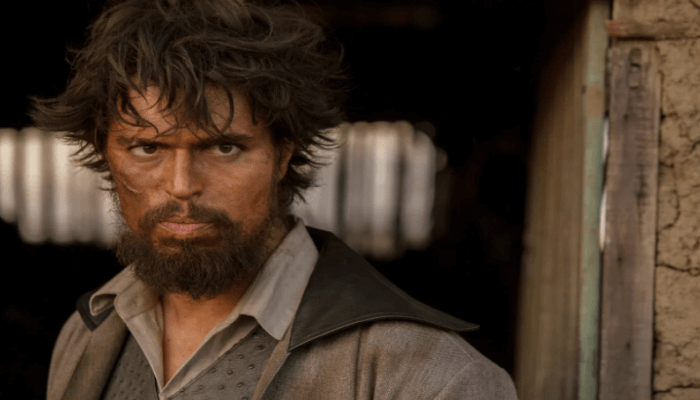 A journey that changes your personality forever. Secluded man ventures to a lawless land to find the truth about what happened to his gunman father and, amidst the journey, transforms into a feared killer himself. An intense, deep, and brutal story that is enough to bring you to the edge of your seats. 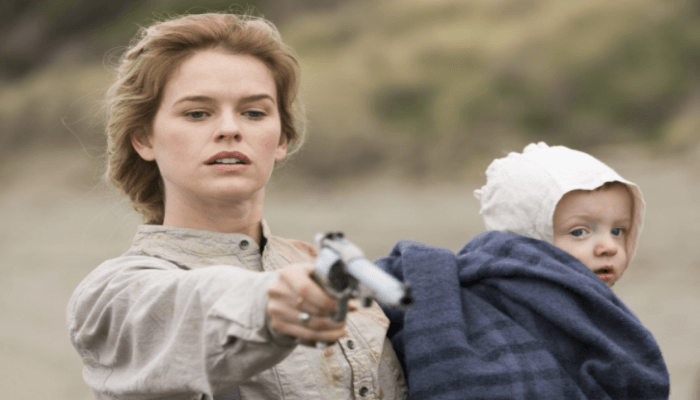 For women, their child is their whole world, and a mother’s desperation is a force to be reckoned with. Charlotte Lockton, a woman with prosperous dreams for the future, sees those dreams crashing down when her baby boy gets kidnapped. Will this mother be able to find her child amidst the wilderness of New Zealand? Watch the movie to solve that mystery!

The intriguing tales of the west are a fascinating genre. Often removed from the modern-day lives we live, the lives of people living in the old west were often hard and raw. The movies about the west, albeit in many instances, show over-the-top theatrics and keep the audiences captivated. The movies listed in this piece are the best western movies on Netflix for a movie marathon in the UK. Do not forget to check out popular series like One Piece on Netflix , Season 5 of Young Sheldon and the best gangster movies on Netflix and best hindi movies on Netflix.