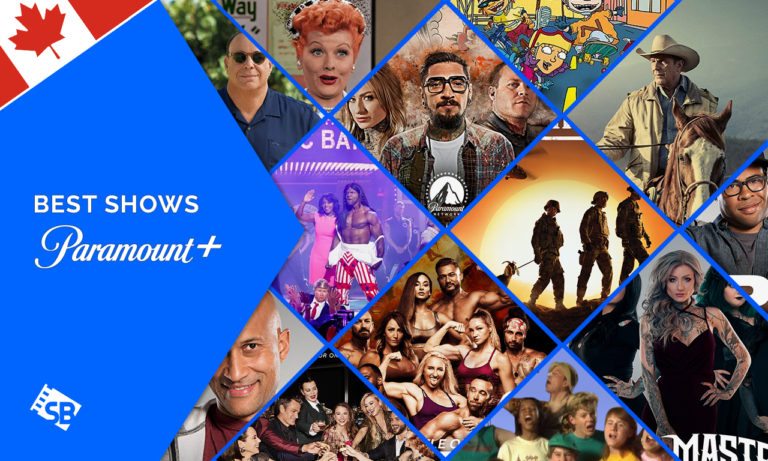 Paramount Plus is a streaming service that launched in March 2021. It’s home to various programming, including the best original shows, Paramount Plus movies, and more.

Owned by Paramount Media Networks, this on-demand video streaming service gives users access to a library of content and Paramount Plus movies from networks like BET, CBS, Comedy Central, Nickelodeon, MTV, and more.

Before you begin enjoying Paramount Plus, you have to create an account. You can then start with the Paramount Plus free trial of seven days to test out the service. After that, you can choose to subscribe to its monthly plan.

Paramount Plus price in Canada is CA$12.85 (US$9.99)/month or CA$128.6 (US$99.99)/year with no ads. You can also cancel Paramount Plus anytime. To watch Paramount Plus from anywhere, you will need a VPN service like ExpressVPN, which enables you to unblock the geo-restrictions.

What are the 20 best Paramount Plus Shows in Canada?

Now that you have understood Paramount Plus, it is time to dig further for the Paramount movies and shows. What shows are on Paramount Plus? This article will discuss the best Paramount Plus originals you can watch in July 2022. Get some popcorn, buckle up and let’s get to the list. 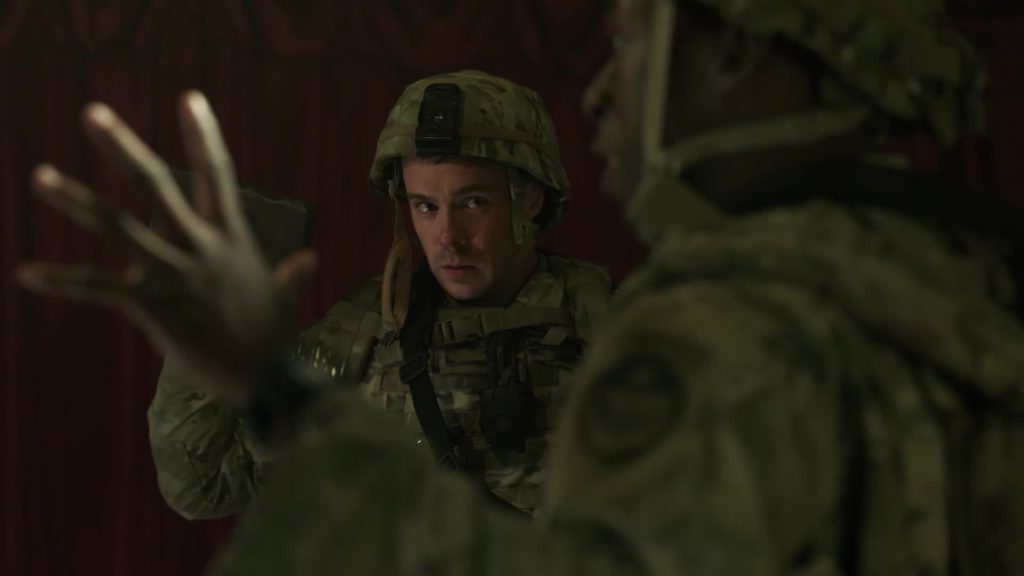 “68 Whiskey” is a dark comedy set in an American military base in Afghanistan. It follows the lives of the soldiers stationed there as they deal with life’s everyday challenges in a war zone.

Here, the soldiers endure a dangerous and unpredictable environment and the constant threat of attack from the Taliban. The show is among the first to offer a realistic look at the war in Afghanistan from the soldiers’ perspective. 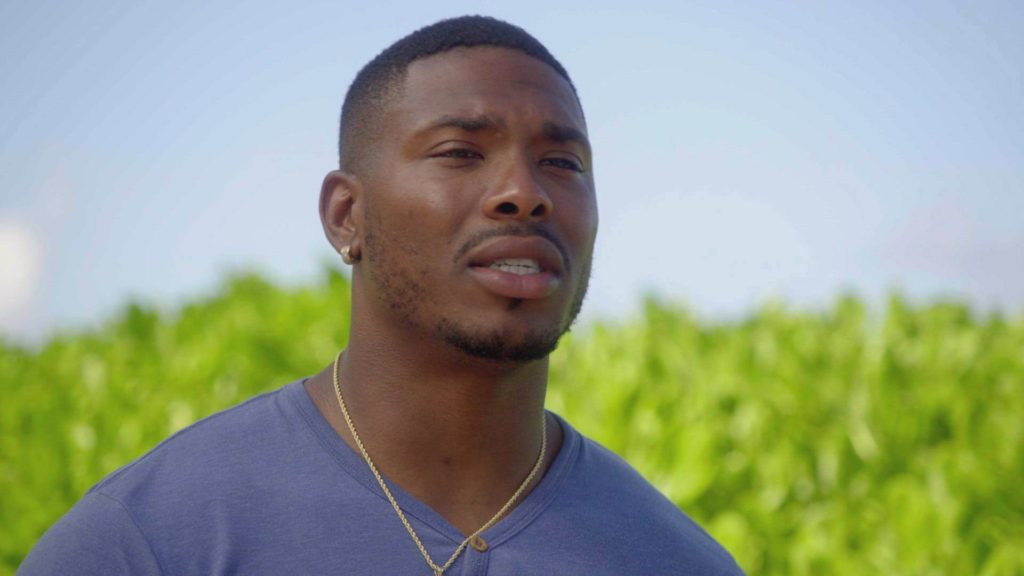 Marriage Rescue is a reality TV show that follows Jon Taffer, a professional “bar rescue” expert, as he tries to help couples on the brink of divorce.

Taffer uses his years of experience in the hospitality industry to help these couples save their marriages. It is one of the best reality Paramount Plus shows in Canada. 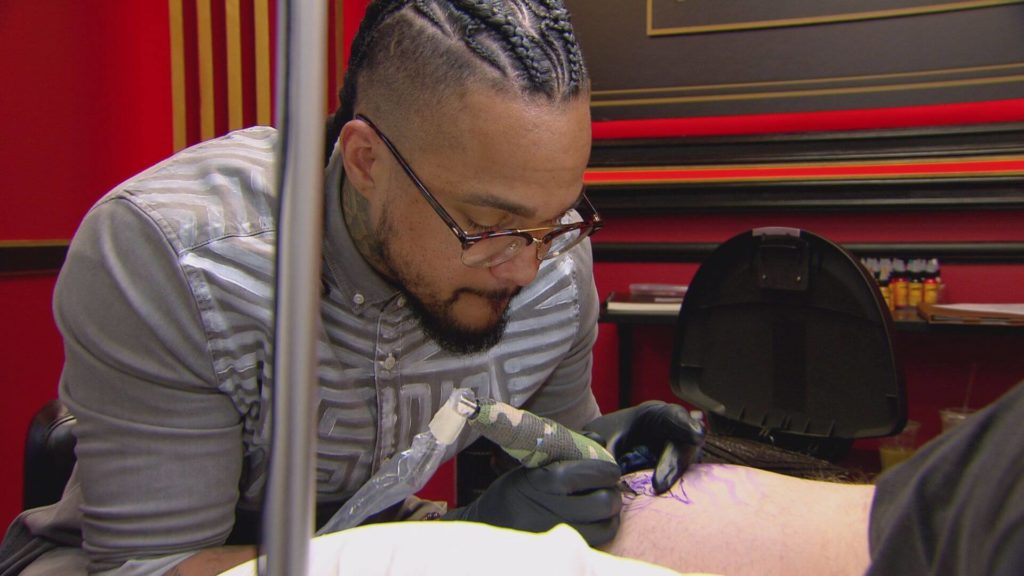 Ink Master Grudge Match is a reality TV show that pits some of the world’s best tattoo artists against each other in a battle for supremacy.

The artists must create aesthetically pleasing and technically challenging tattoos, and the winner takes all in this heated competition. It is one of the best Paramount Plus tv shows. 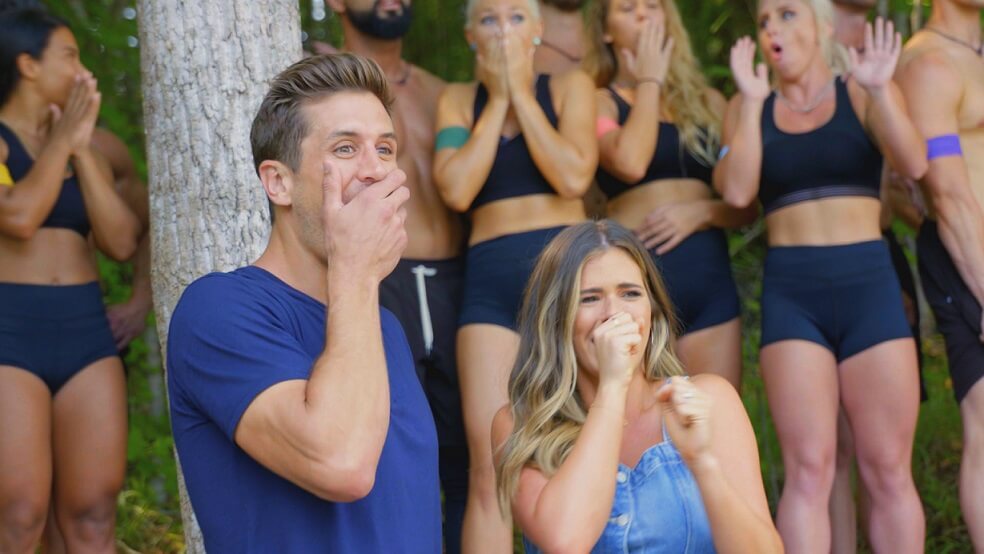 “Battle Of The Fittest Couples” is a reality TV show that pits couples against each other in physical and mental challenges. The goal is to see which couple is the strongest physically and mentally.

The challenges test the couples’ strength, endurance, and teamwork. The winner takes away US$100,000. It is one of the best Paramount Plus TV shows. 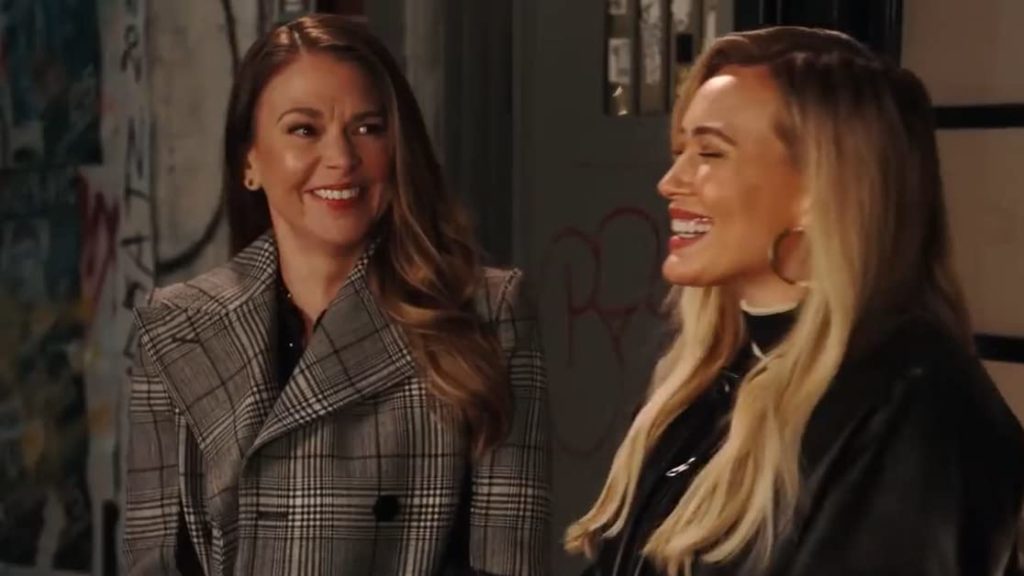 “Younger” is a comedy about a 40-year-old woman who pretends to be 26 to get a job in the competitive publishing industry.

The show follows her as she navigates her personal and professional life while trying to keep her true identity a secret. “Younger” is a funny and relatable show that portrays the challenges of working in a competitive industry. 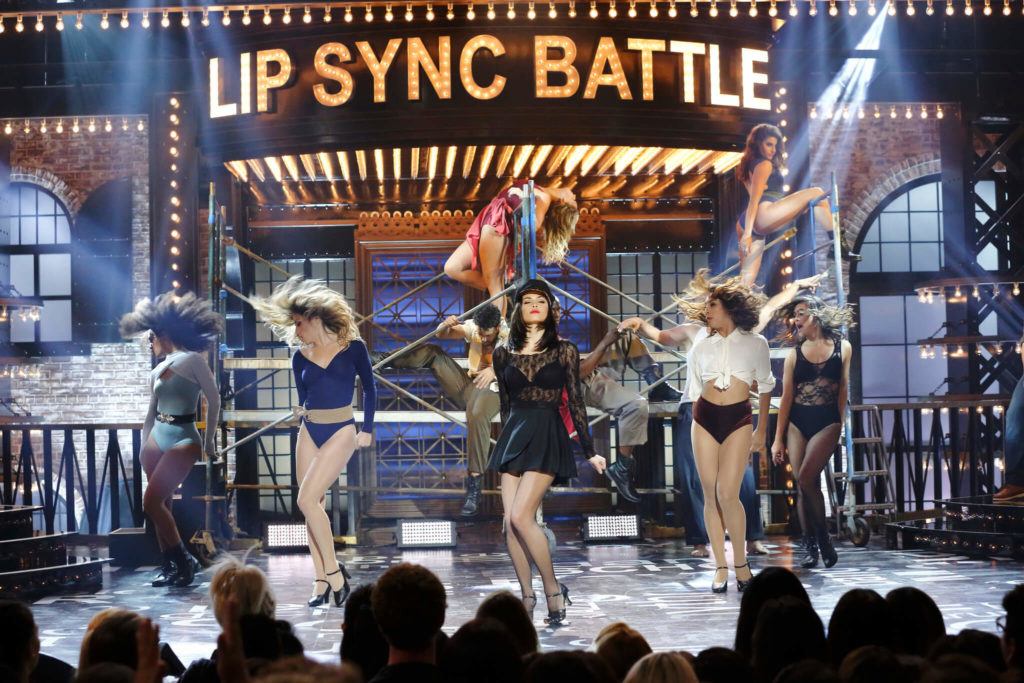 “Lip Sync Battle” is a reality television series that pits two celebrities against each other in a lip-sync battle. The show has become a huge hit with its over-the-top performances and hilarious commentary from Chrissy Teigen and LL Cool J. It is one of the best Paramount Plus TV shows. 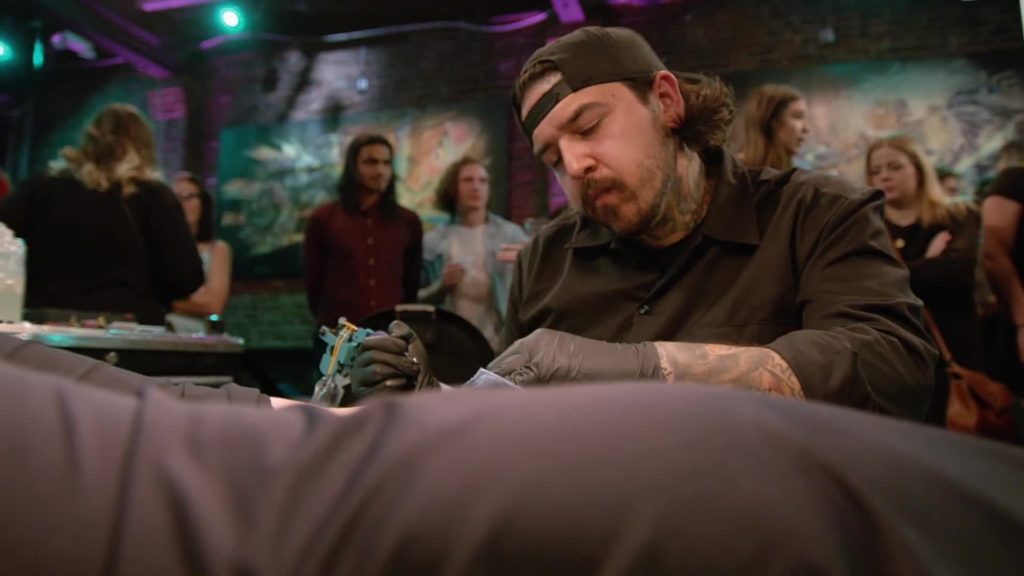 “Ink Master: Angels” is a reality TV show that follows the lives of female tattoo artists as they compete against each other in a series of challenges.

The show provides an insight into the world of tattooing and the artists who work in this unique industry. 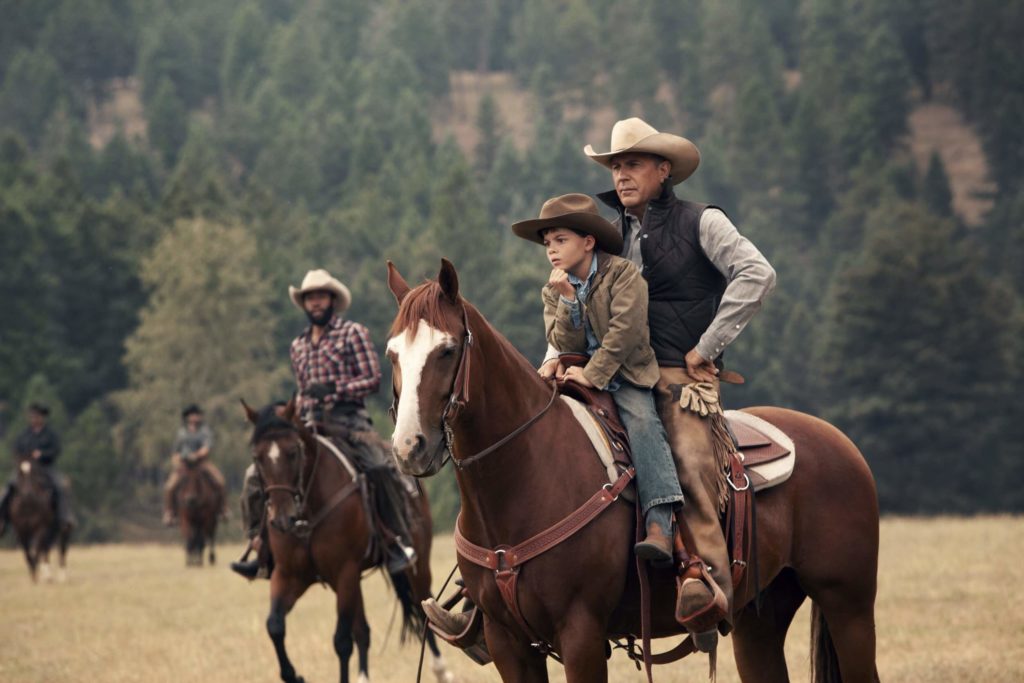 “Yellowstone” is a modern-day Western drama set in the fictional town of Paradise Valley, Montana. The series follows the Dutton family, who own the largest ranch in the United States.

The family must defend their land from those who wish to take it from them. The show is a gripping tale of power, politics, and betrayal. The top-rated television series Yellowstone will begin its fifth season.

Continue reading to find out how to watch Yellowstone Season 5 in Canada. 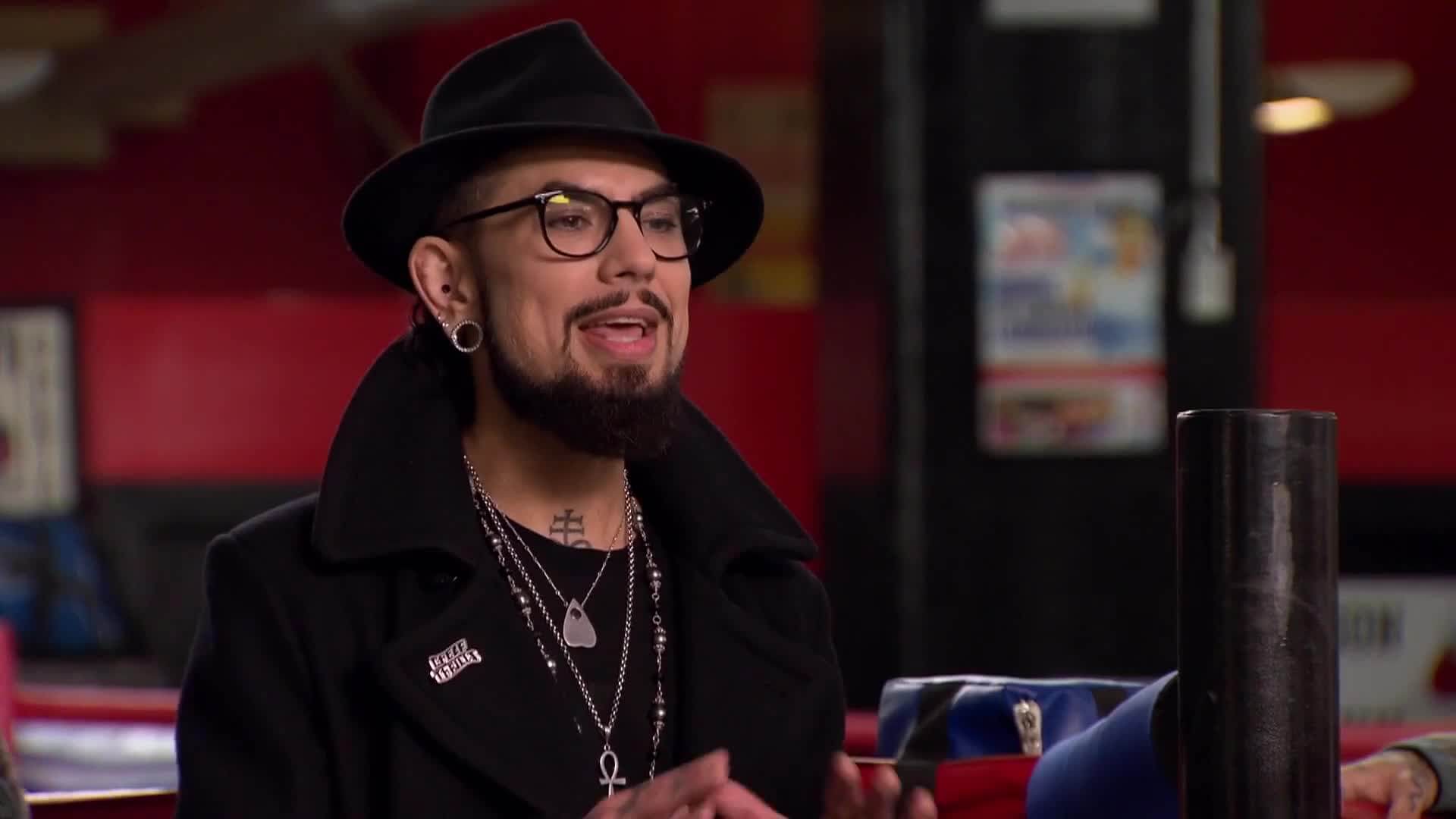 “Ink Master” is a reality TV show that features tattoo artists from around the world competing in challenges to see who can create the best tattoos.

The show is hosted by tattoo artist and musician Dave Navarro. Each season of the show features a different group of artists with different challenges. It is one of the interesting Paramount plus shows in Canada to watch in 2022. 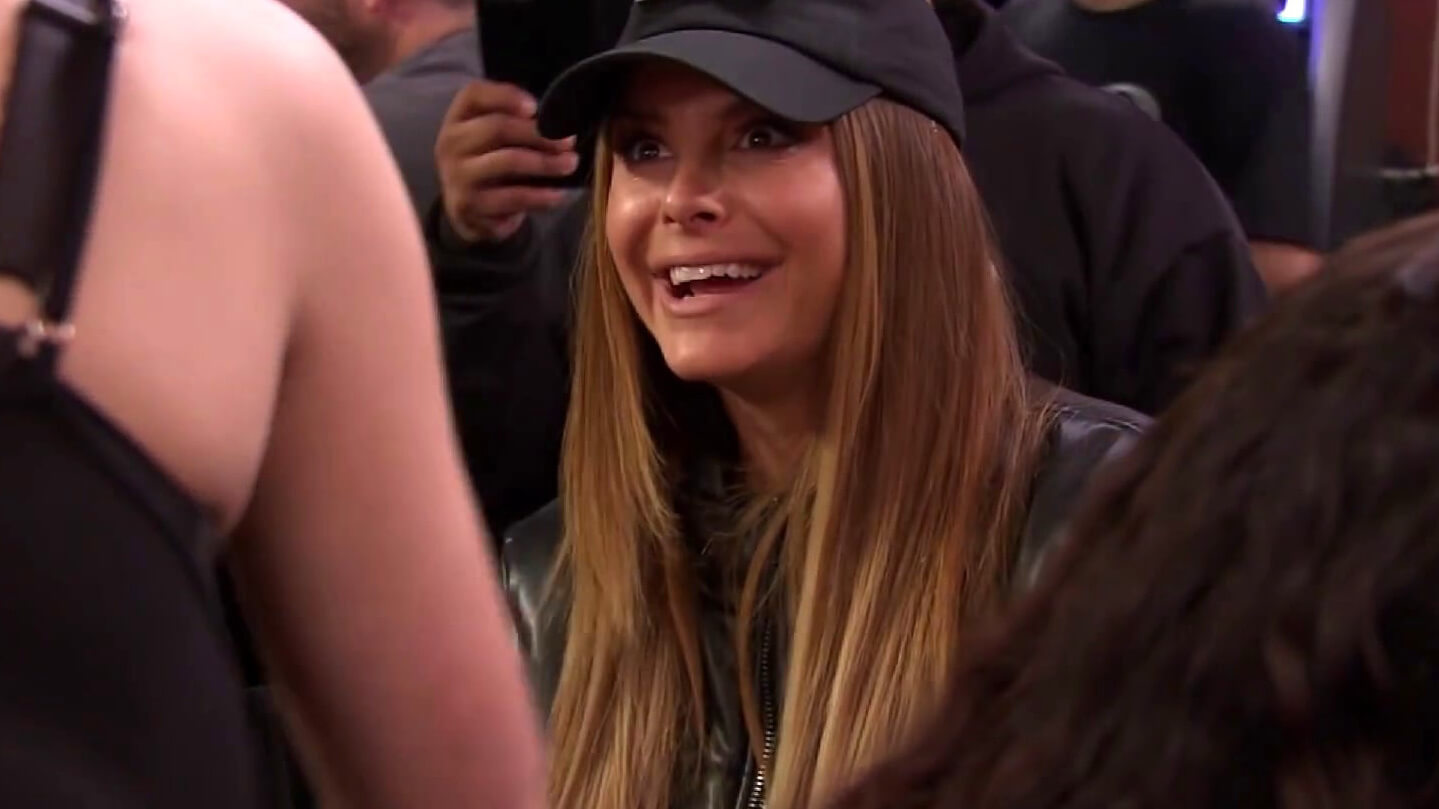 “Bar Rescue” is a reality TV show that follows Jon Taffer, a bar and nightclub consultant, as he tries to help failing bars and clubs.

Taffer and his team of experts visit struggling bars all over the country and try to turn them around. The show is often compared to “Kitchen Nightmares” because of its similar premise. 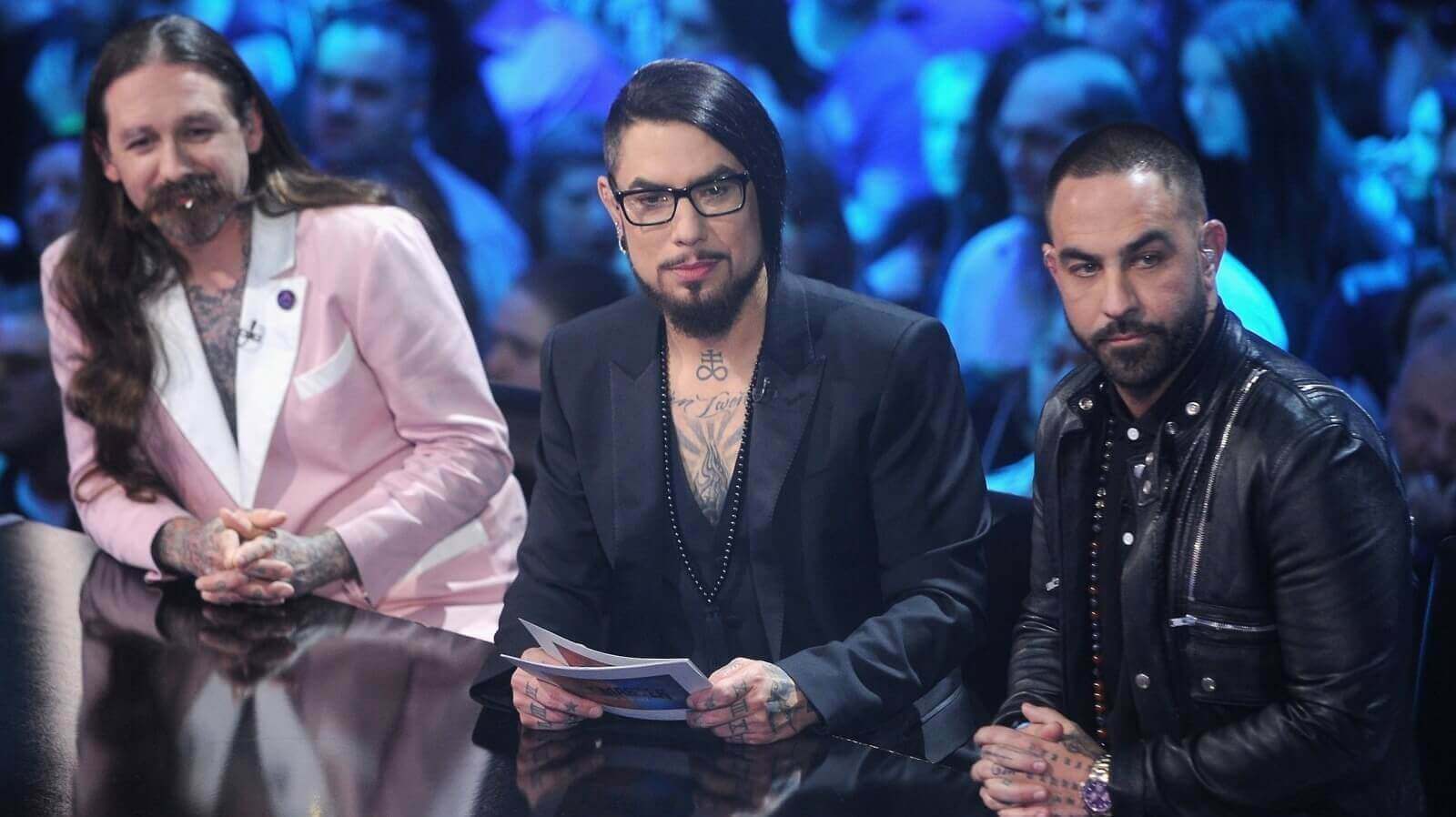 Ink Master is a reality TV show where Anthony Michaels chips in to save two artists who couldn’t make it into the competition. They have to improve in the rig or get knocked out.

This TV show is among the most exciting reality and best shows on Paramount Plus in 2022. 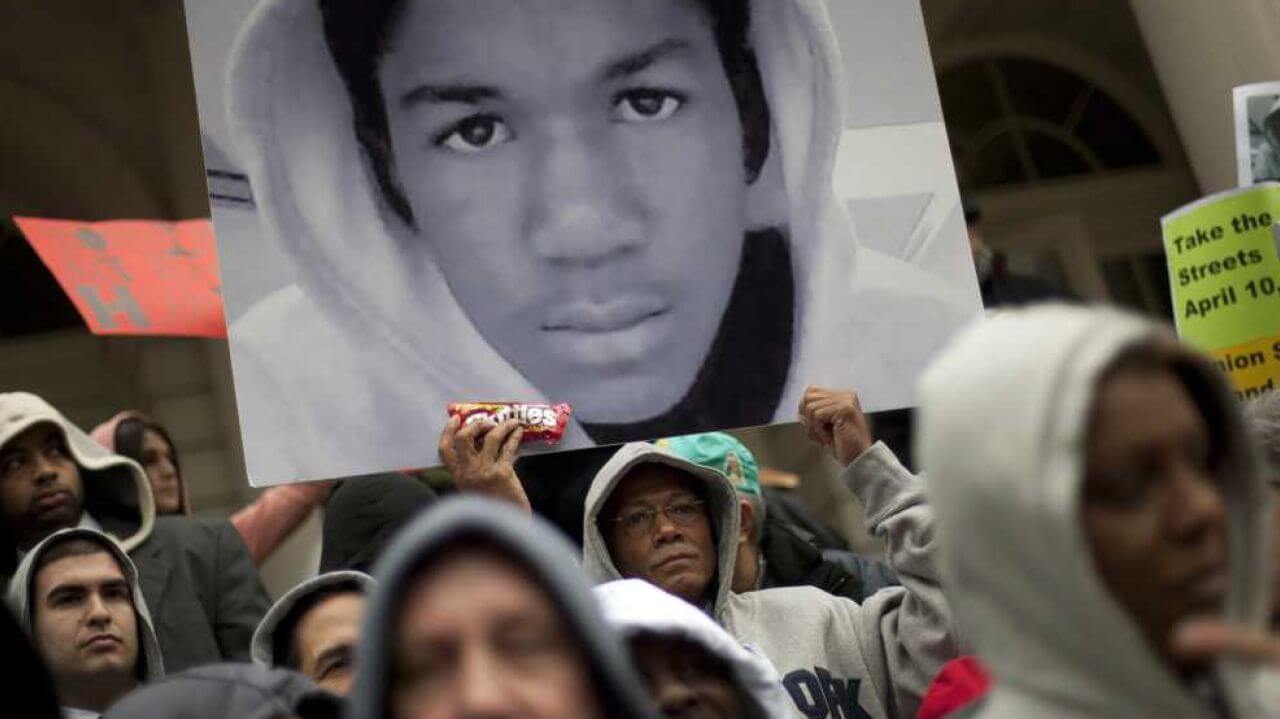 “Rest in Power: The Trayvon Martin Story” is a documentary series that chronicles the life and death of Trayvon Martin, an unarmed black teenager George Zimmerman killed in 2012. The series follows Martin’s parents, Sybrina Fulton and Tracy Martin, as they fight for justice for their son.

It also examines the rise of the Black Lives Matter movement and the impact of Trayvon’s death on race relations in America. It is among the best shows on Paramount Plus. 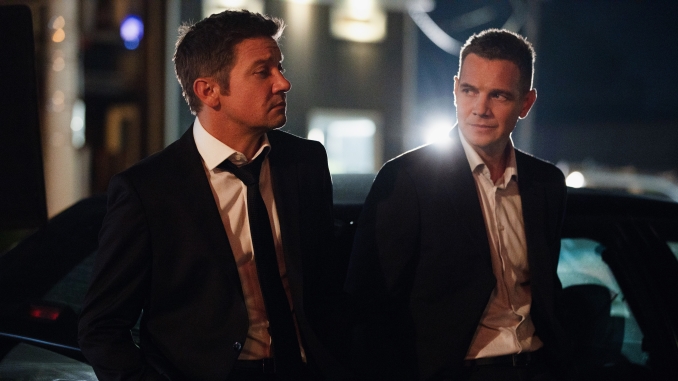 “Mayor of Kingstown” is a crime drama set in the fictional town of Kingstown, Michigan. The McLusky family are power brokers in the town and use their influence to control the local government.

The show follows the family’s struggles to maintain power amid corruption, crime, and scandal. It is one of the best shows on Paramount Plus. 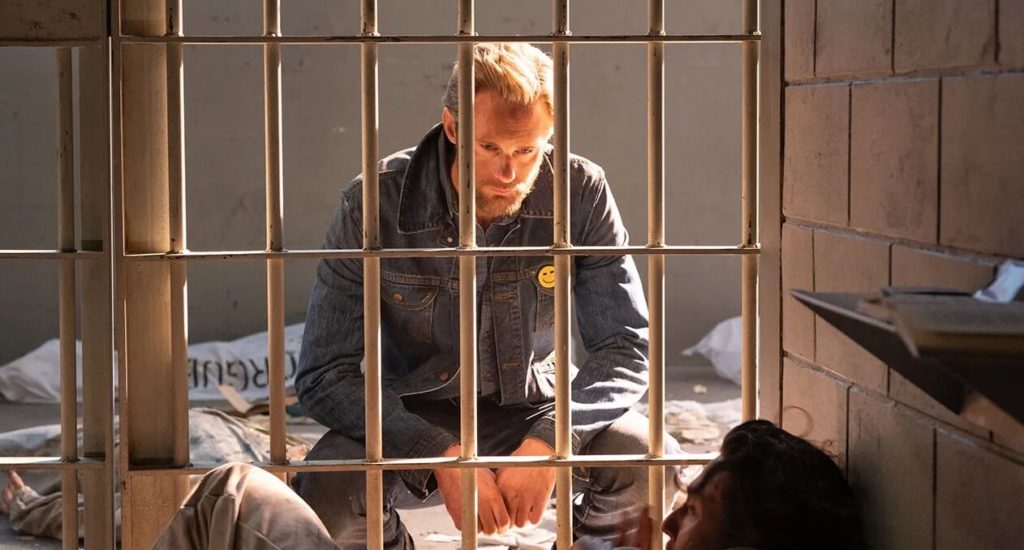 “The Stand” is a post-apocalyptic drama based on the novel of the same name by Stephen King. The show follows the survivors of a global pandemic who band together to fight for their lives against an evil force that wants to exterminate them.

“The Stand” is a gripping and suspenseful show that will keep you on the edge of your seat. It is among the top shows on Paramount Plus. 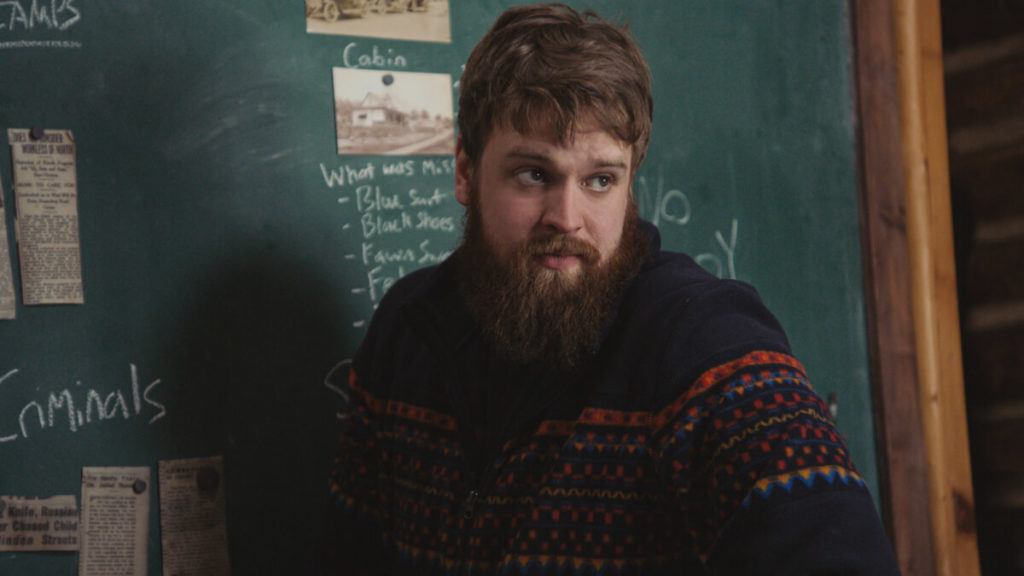 “For Heaven’s Sake” is a documentary series that follows the disappearance and search of Harold Heaven from his cabin in Ontario in 1934.

Harold’s disappearance sparked one of the largest and most expensive search operations in Canadian history. The series chronicles the search for Harold and the people involved in it. It is among the top shows on paramount Plus. “Evil” is a psychological thriller that follows a female psychologist who joins hands with a priest-in-training and one of the contractors in investigating the Church’s unexplained mysteries.

These mysteries include supposed miracles, hauntings, and demonic possessions. The show examines whether there’s a scientific reason for these supernatural events or something else. 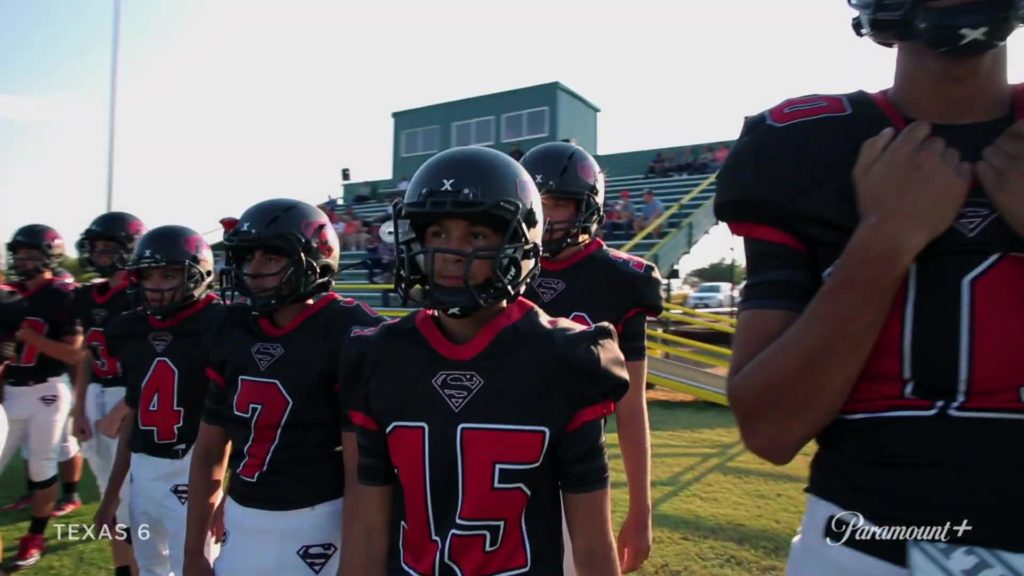 “Texas 6” is a documentary series about a high school football team in the small town of Celina, Texas. The team comprises students from six different schools that have been consolidated into one.

The team has won two state championships and is currently ranked among the country’s top high school football teams. The series follows the team’s journey as they strive to maintain their winning streak and make it to the playoffs. 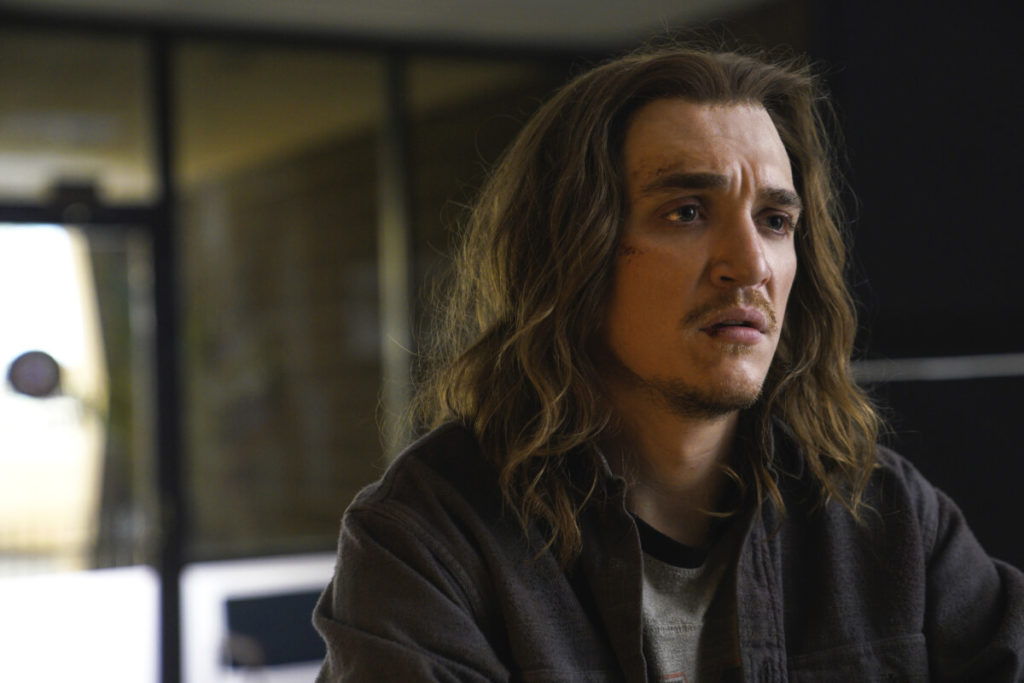 “Interrogation” is a crime drama that follows the investigation of the brutal murder of a teenage boy. The show centers on the interrogation of the suspects by detectives in an effort to solve the case.

The show is based on true events and features interviews with the actual detectives who worked on the case. It is one of the best Paramount Plus shows you can watch in 2022.

“Coyote” is a gripping crime drama that follows the story of a Border Patrol agent: Ben Clemens (Michael Chiklis). After 32 years on the job, Clemens has to reassess his black-and-white view of the world.

When he crosses the line and comes into contact with the people he’s been sworn to apprehend. “Coyote” is a gritty and realistic look at the human cost of the war on drugs. 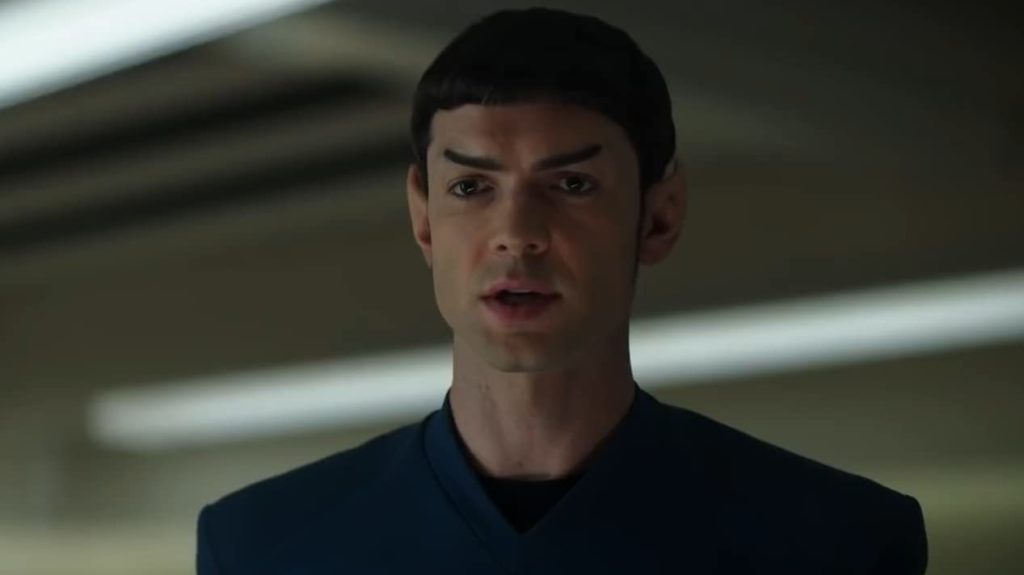 Star Trek: Strange New Worlds is among the new Paramount Plus shows set in the iconic Star Trek universe. The series follows the adventures of Captain Christopher Pike and the crew of the USS Enterprise.

They explore strange new worlds and seek out new life and civilizations. The series is among the most highly anticipated Paramount Plus shows in Canada of 2022 and is sure to be a hit with fans of the franchise.

Whether you’re looking for a new drama to get invested in, a light-hearted comedy to watch, or anything in between. Now you know what shows are on Paramount Plus; so get ready to enjoy them!

Consequently, have a look at some of these outstanding shows, including Mayor of Kingstown Season 2, Lingo Season 1, and Teen Wolf: The Movie, all of which will be accessible in 2023. Ensure that you get a Paramount Plus subscription, so you don’t miss out on any of this great content.