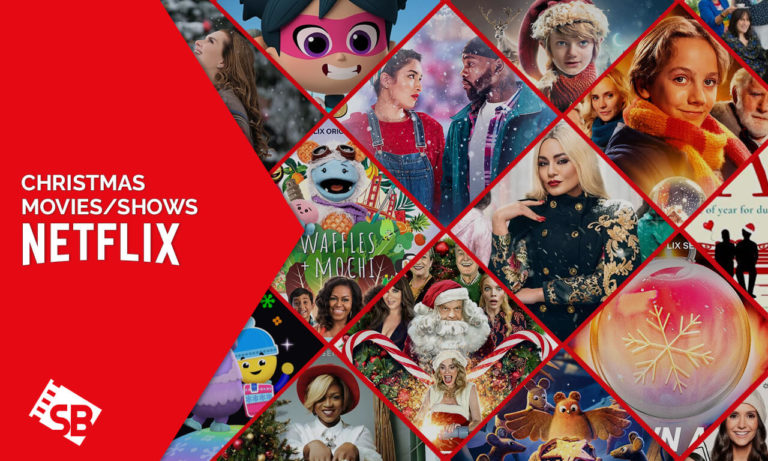 This Christmas season, Netflix is gearing up for a joyful and feisty lineup. The streaming service is increasing its dedication to Christmas programs by releasing many new original films, the most it has ever done.

Netflix’s “Here for the Holidays” 2021 event includes a slew of holiday movies and TV shows to look forward to for those who can’t get enough of the season. The event will pick up precisely where their previous Halloween event, “Netflix and Chills,” left off, with the very first releases scheduled for November 1.

In recent years, Netflix’s Christmas movies, such as The Princess Switch and The Knight Before Christmas, have established themselves as a solid niche for the streaming site. So, here are the top 23 new on Netflix Christmas 2021 that will be released just in time for Christmas. 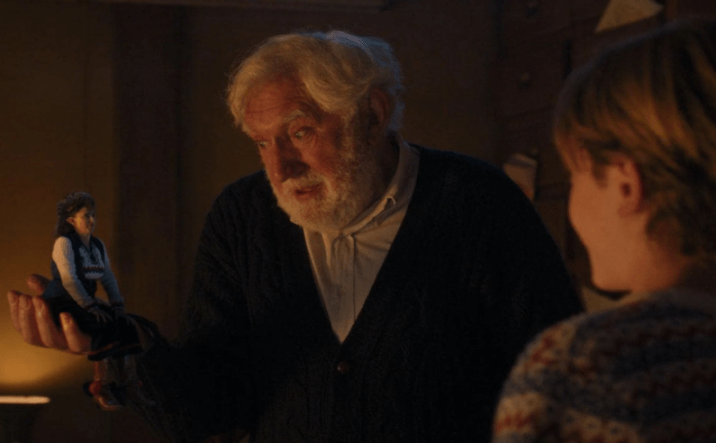 Suzanne relocated to Belgium with her children Jules and Noor after seeking work in a Belgian biscuit factory. Nol, her father-in-law, looks after the kids while she is at work. Jules, by chance, discovers a magic bulb among his grandfather’s things that can transport him to any location on the planet. In addition, he learns that his grandpa is the actual Santa Claus. The movie is also one of the best movies on Netflix Canada! 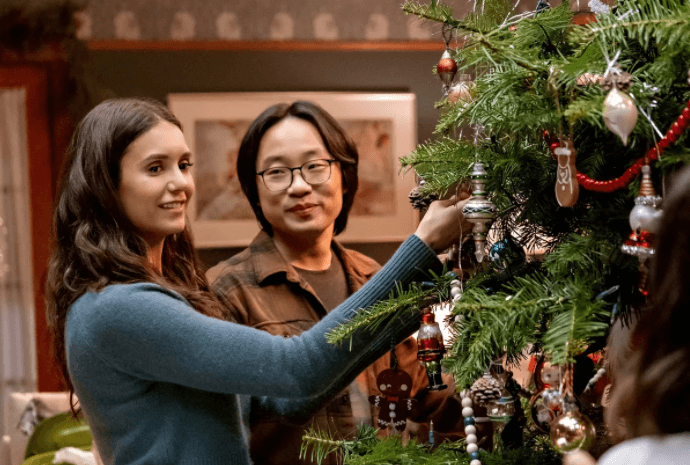 When Natalie, a LA journalist, swipes right on Tag, a dreamy boy from the East Coast, she thinks things are starting to look up. So she takes a chance and boards a plane to meet her lover for the holidays, only to find out she’s been catfished by Tag’s boyhood friend, Josh, who is also unlucky in love (Jimmy O. Yang). Her quest to reel in love is chronicled in this delightful romantic comedy. The movie is set to release on 5th November 2021 on Netflix! 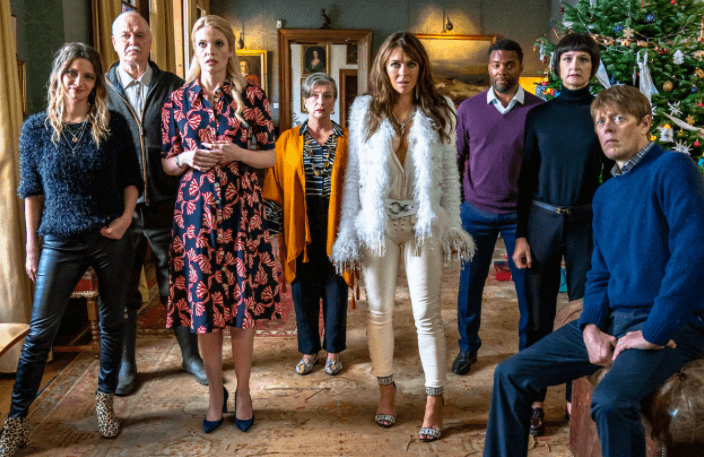 Father Christmas is Back is a comedy about four unique sisters who have reunited in Caroline and Peter’s Yorkshire castle for the Christmas Holiday. Caroline Christmas-Hope is a controlling person who just wants a flawless Christmas to make up for her father, James, abandoning the entire family on Christmas Day many years ago. The movie is set to release on 7th November 2021 on Netflix! 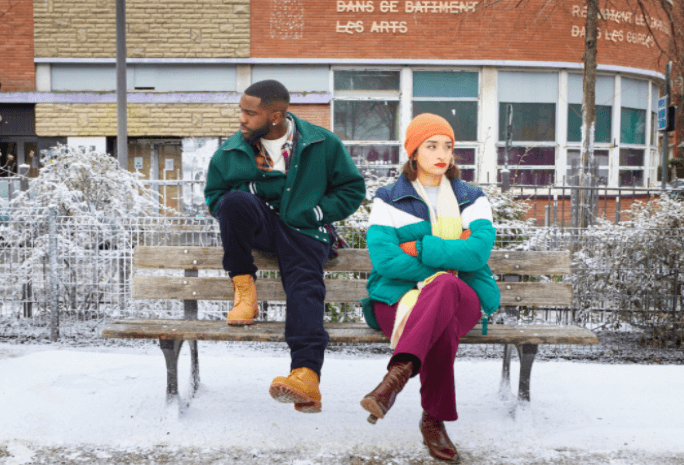 A US Army officer, Charlie Mason, encounters attractive Maison Lafitte hostess “Jackie” on Christmas Eve in New Orleans. In flashbacks, she tells him about the breakdown of her marriage to the handsome but unstable Robert Manette. His overbearing mother tries to hide her husband’s murder of a bookie. When he is apprehended, she and her son point the finger at Abigail. Abigail becomes a bar waitress after her husband is sentenced to life in prison. The show is set to release on 17th November 2021 on Netflix! 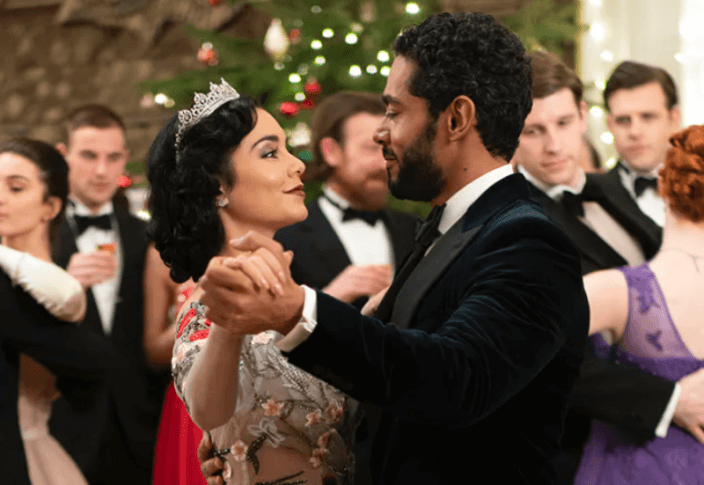 The Queen of Montenaro, Lady Margaret Delacourt, and Princess Stacy Wyndham of Belgravia reunite to hold a Christmas Season festival in Montenaro. The Vatican lends the Queen one of their most valuable jewels, the Star of Peace, for display. Unfortunately, the Star is stolen before the celebration ends, and the cops have no leads. To avoid a diplomatic problem, Stacy and Margaret seek assistance from their old foe, Lady Fiona Pembroke, and soon learn that the Star is in possession of a rich, corrupt businessman. The movie is set to release on 18th November 2021 on Netflix! 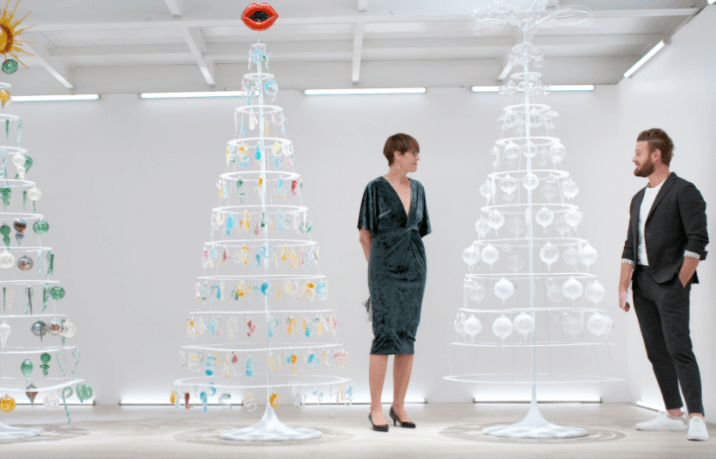 The show has ten glassblowers as participants and is hosted by Nick Uhas, a former Big Brother USA participant and scientific YouTuber. The chief judge is Katherine Gray, an artist and associate professor at California State University, San Bernardino. The winner will get a prize package of $60,000, which includes a residence at the Corning Museum of Glass. The show is set to release on 19th November 2021 on Netflix! 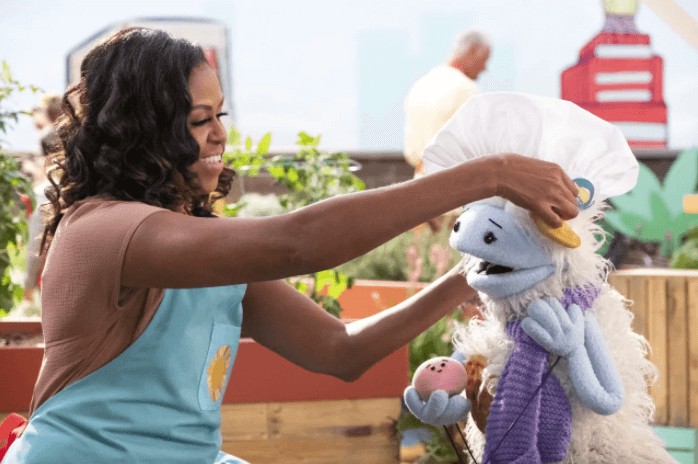 When Steve the Mop calls to inquire about their Christmas customs, Waffles + Mochi are at home for the holidays in the Land of Frozen Food. Waffles, as usual, invents a holiday – Freezie Day – and declares it to be all about the food! Waffles and Mochi have nothing to serve their guests at this unplanned celebration, so Steve invites himself and all their buddies from the grocery store over to celebrate. 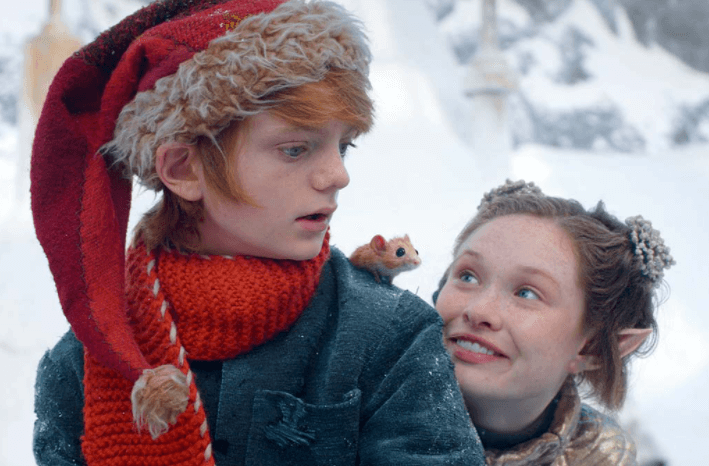 Nikolas, a normal young boy, embarks on an amazing journey towards the frozen North looking for his father, who had left the house to find the most popular Elven Settlement of Elfhelm. Nikolas soon encounters his father and reaches his destiny. He is also accompanied by a beautiful but rigid reindeer named Blitzen and a loyal pet mouse in this amazing, hilarious, and adorable fable that illustrates nothing in life is impossible. The movie is set to release on 26th November 2021 on Netflix! 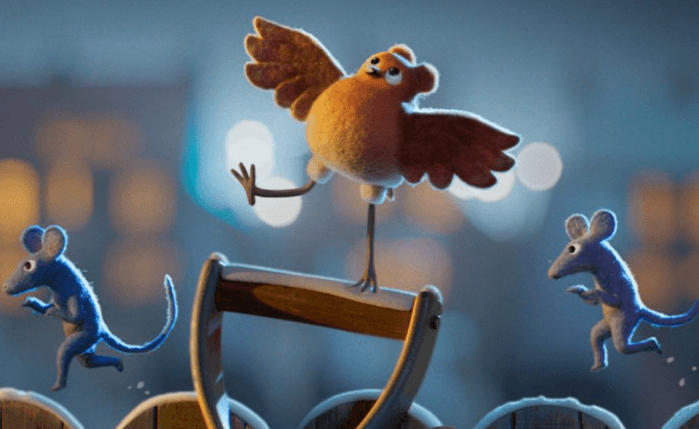 Robin is raised by supportive parents of mice after her egg rolls into a garbage dump. Her differences become more obvious as she grows older. Robin embarks on the heist to end all armed robberies in order to show to her family that she is a capable mouse, but she soon discovers who she truly is. 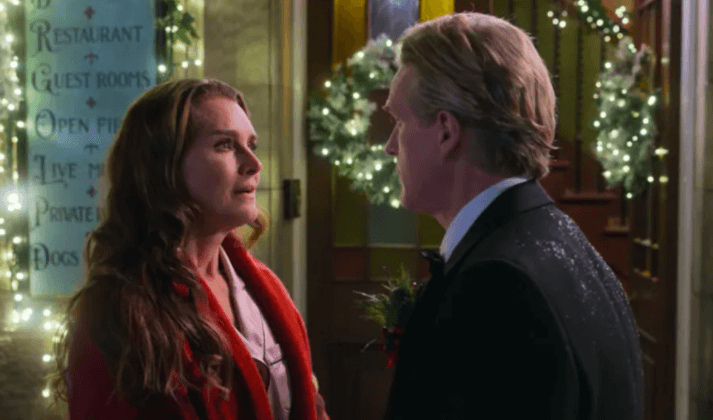 Sophie, a renowned American author, travels to Scotland with the intention of purchasing a castle. However, as luck has it, the landowner, Myles, who is a Scottish Duke, is determined not to sell to a foreigner. The two are always arguing in an attempt to reach an agreement, but they may discover more than they bargained for along the way. This is one of the most awaited movies from the list of new on Netflix Christmas 2021. The movie is set to release on 26th November 2021 on Netflix! 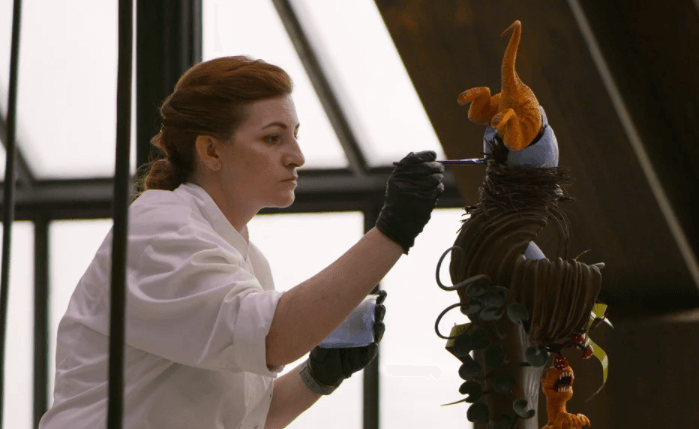 School of Chocolate is a new cookery show where eight talented pastry and chocolate professionals compete to improve their skills. Each student is competing to be “Best in Class” while being taught by Amaury Guichon, a world-renowned chocolatier, and pastry chef. The winner will get a substantial prize package, which may include a career-changing opportunity. The series is set to release on 26th November 2021 on Netflix!

When a family of four travels to an isolated Danish island for Christmas, they discover that it is ruled by a deeply religious community that coexists cautiously with the mighty elves who live in the neighboring forests. These hideous beings are seen to have inspired well-known mythology and myths, and when the family’s daughter brings home a baby elf, she plunges the island into a life-or-death struggle. The series is set to release on 28th November 2021 on Netflix! 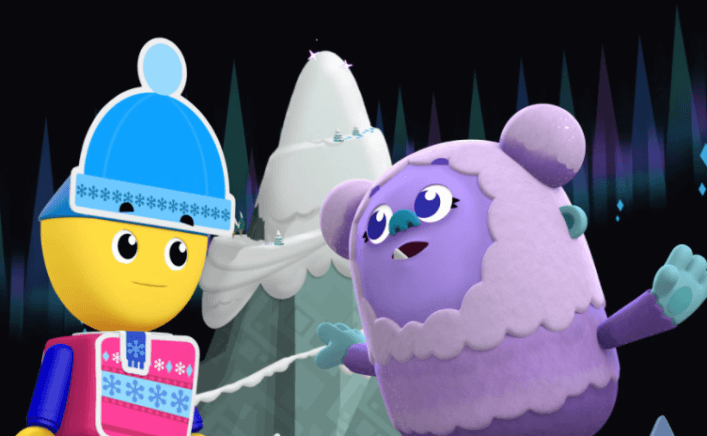 The Story about the snow. The series, hosted by Tyler Maxwell, teaches kids about colors, shapes, and sizes, with the first season premiering in March 2019. Yetilda D. Yeti teams up with Charly for some snowy adventures in this collection of Winter stories. 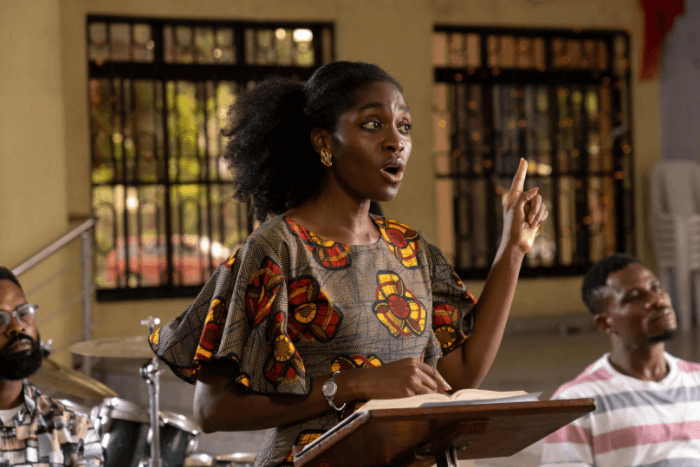 As we are running through the new on Netflix Christmas 2021, this movie stands on the top of the list. The film depicts the story of three brothers who hustle to seek women as their wives, who they can bring home before Christmas to fulfill their mother’s one dream. Meanwhile, their mother embarks on a mission to create the most gorgeous Christmas event imaginable. The movie is set to release on 6th December 2021 on Netflix! 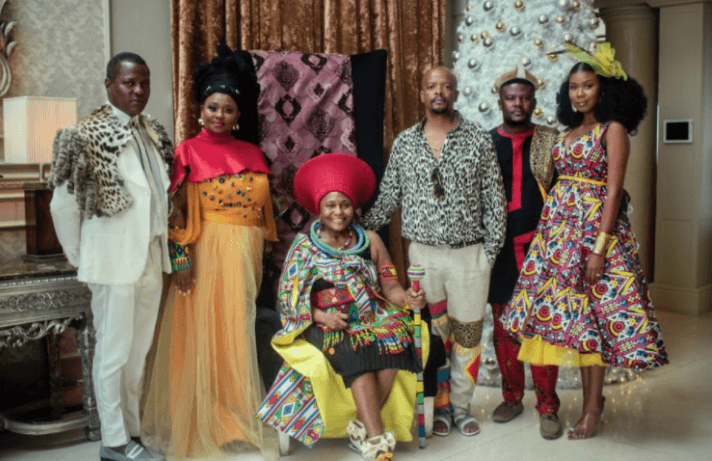 Tumi Sello, a family rebel and black sheep, had hoped for a calm Christmas this year, but her preparations were thwarted, and Christmas was spoiled. Later on, Tumi’s sister Beauty is marrying Sbu and even more delighted to be her maid of honor; however, Tumi’s family is well aware of her bias. They’re sure Tumi will upset the natural order of things, putting Beauty’s wedding in jeopardy. The series second season is set to release on 15th December 2021 on Netflix! 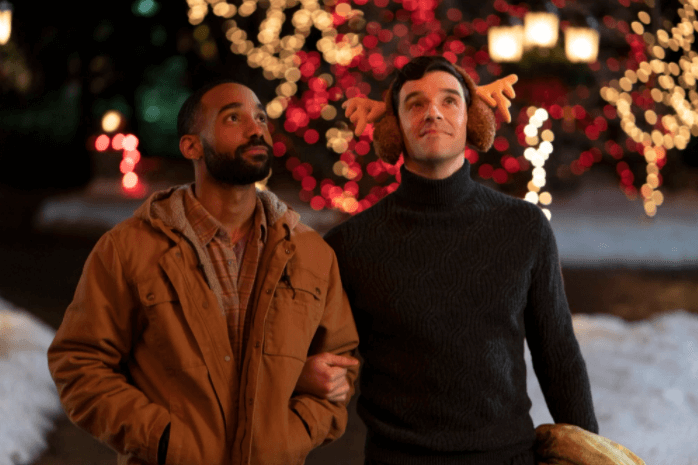 Peter, trying to get away from his family’s criticism about his constant single status, persuades his closest buddy Nick to tag along for the holidays and claim to be in a relationship with him. However, things become more problematic when it is revealed that Peter’s mother has planned a blind date for him with her fitness instructor. The movie is set to release on 2nd December 2021 on Netflix! 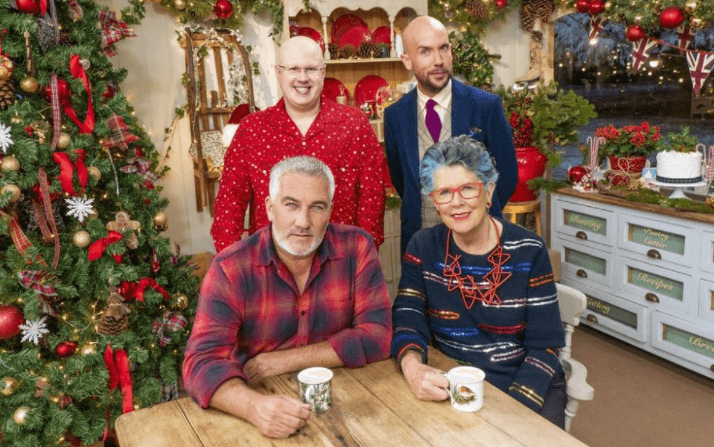 The Classic British Baking Show has become a worldwide hit, and as part of “Here for the Holidays,” the platform will release two new episodes of its holiday special offshoot series. In a number of rounds, a team of expert bakers competes against one another in an attempt to impress a jury with their baking abilities. Each round sees one person removed, and the winner is chosen from the contestants who make it to the finals. The series is set to release on 3rd December 2021 on Netflix! 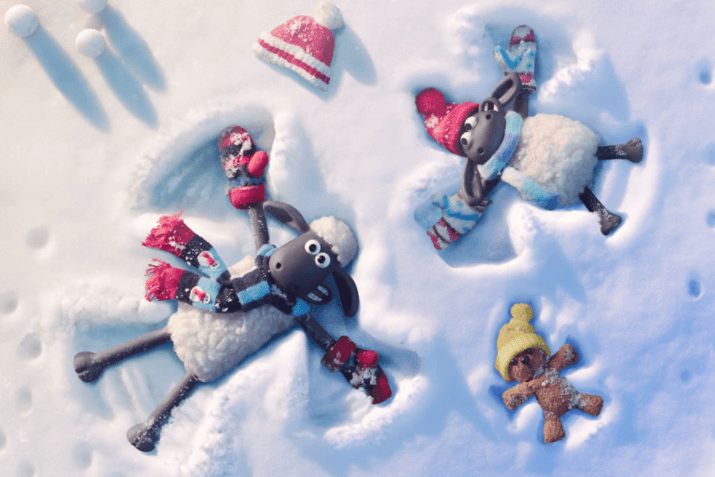 The country’s most popular sheep stars in his own Winter tale in this 30-minute special from Aardman. When a farmhouse raid to get bigger stockings for the Flock mistakenly leads to Timmy being missing, Shaun’s seasonal delight turns to dismay. Will Shaun be able to reclaim Timmy before he becomes someone else’s present? Expect a fantastic adventure as everyone discovers the genuine meaning of Christmas in this section of new on Netflix Christmas 2021. The series is set to release on 3rd December 2021 on Netflix! 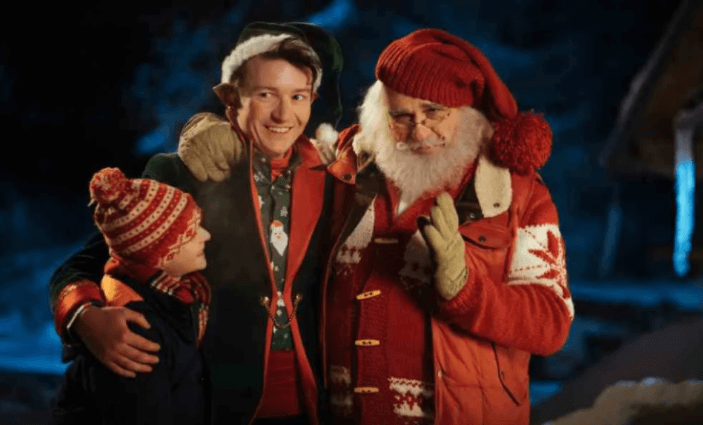 As Christmas approaches, David struggles because his parents have grown so engaged in their respective realms of work that they have mostly missed the true spirit of the season. So, with the help of Albert the Elf, who has fled from Santa’s domain, David embarks on a journey through the Tatra Mountains in search of his grandparents’ home. His family, on the other hand, are hot on his tail, with Santa in tow, as he battles to accept the modern world’s upgrades. The movie is set to release on 6th December 2021 on Netflix! 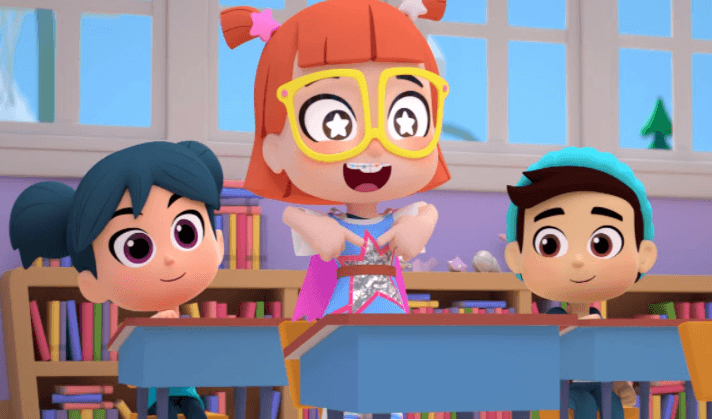 When all of StarBeam’s biggest foes get together on New Year’s Eve, Zoey prepares her cousin Zane to be the family’s next superhero.” The plot starts with The animated series following the exploits of superheroine Zoey as she discovers the skills she received from her mother. In StarBeam: Beaming in the New Year, all of StarBeam’s biggest foes band together for a New Year’s Eve battle, prompting Zoey to train her cousin Zane to become the family’s next great superhero. The movie is set to release on 14th December 2021 on Netflix! 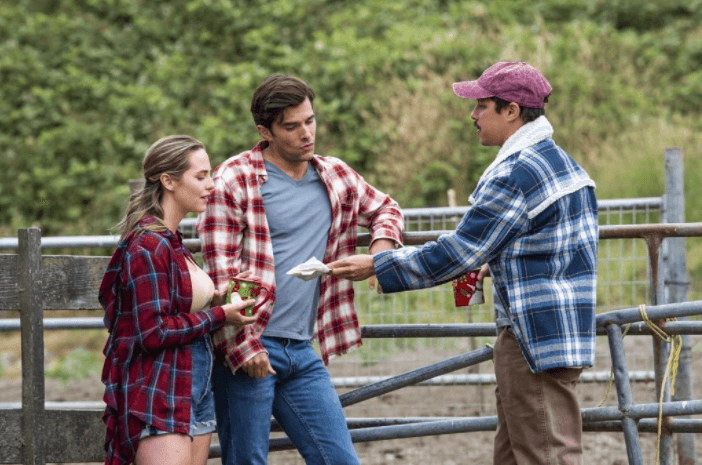 Lights from the city. Callie and Joseph have spent a blissful year managing their dairy farm and winery after falling in love at the end of the first film. In this Christmas narrative, however, when Joseph’s family and business duties force him to return to the city, their relationship and happiness are jeopardized. The movie is set to release on 16th December 2021 on Netflix!

Don Servando and his “extended hippy family” head to the beach for Christmas with Alma’s aunt, Doa Alicia, a difficult-to-deal-with elderly woman who is actually Don Servando’s ultimate foe. In this sequel to the 2016 comedy hit Un Padre No Tan Padre. When Don Servando’s status in the family is threatened, he will go to any length to establish that Alicia is a bad person who only cares about herself even though it means spoiling everyone’s Christmas. The movie is set to release on 22nd December 2021 on Netflix! 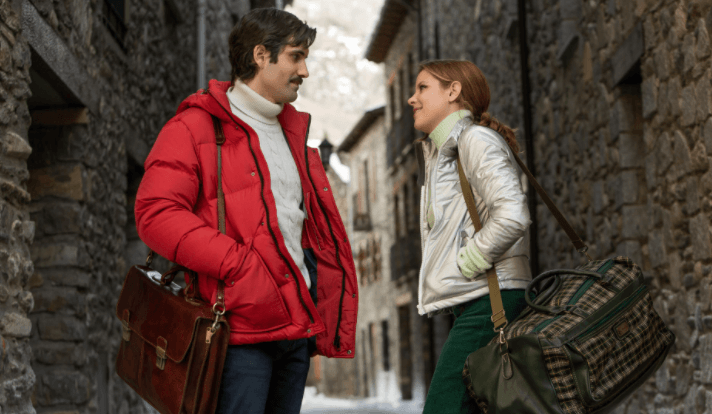 The film is based on the true events of Ral, a man who despises Christmas and everything connected with it because his misfortunes always seem to coincide with the holidays. He’s on a faraway beach for Christmas every year. Ral must go on a business trip to evaluate a ‘Turrones de Valverde’ factory, the most traditional Christmas sweet in a town that lives for and loves Christmas, but his boss has other plans for him this year. What’s in store for him? The movie is set to release on 24th December 2021 on Netflix!