How Many People Can Watch Paramount Plus At Once? 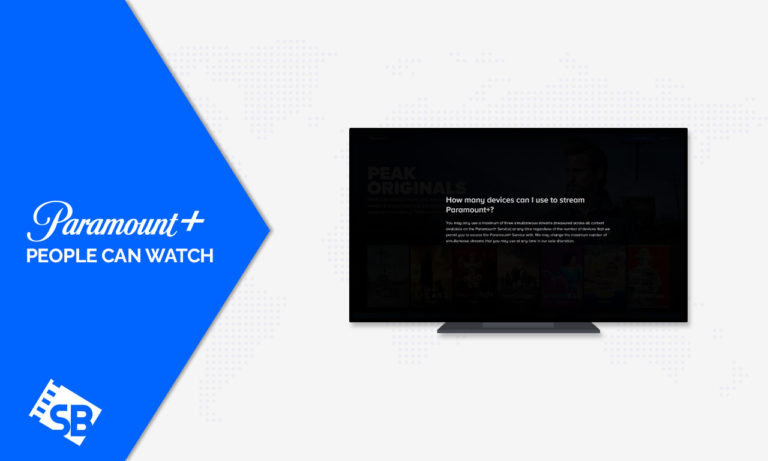 It is one of the greatest streaming services providing a wide variety of content at affordable Paramount Plus price plans. With episodes like A knife And No Coin and 1883, alongside flexible option to cancel Paramount Plus subscription, you must have this service’s subscription.

Can Paramount Plus Stream to Multiple Devices at the same time?

This is true whether you’re streaming from the comfort of your home or elsewhere. However, there are certain limitations to keep in mind. They are as follows:

In actuality, accessing Paramount+ on numerous devices is nearly entirely unrestricted; the only thing to keep in mind is the disparity between the number of profiles associated with an account and the optimum number of concurrent streams.

Hopefully, the above information will clear up your query: ‘How many people can watch Paramount plus at once?

Asking how many devices can I use to stream Paramount Plus and how many concurrent streams are accessible is useful for preventing buffering issues. This is especially crucial in situations when numerous members of a family will be using the same account.

Can Paramount Plus be shared among Multiple Devices?

Your access to the Paramount+ Platform is capped to three streams simultaneously, regardless of how many devices you use to access the platform. This metric considers everything that may be found on the Paramount+ Service.

On the other hand, the optimum number of simultaneous streams that you are permitted to use is subject to modification at any time. As a result, there is reason to believe that this number will continue to rise.

The devices by which you can stream Paramount Plus include:

Despite the service’s rebranding from CBS All Access, the procedure on how to share Paramount+ among devices has remained the same. Former CBS All Access members should see no change in the number of devices on which they may simultaneously stream content.

How many People can Watch Paramount Plus at once – FAQs

How many users can you have on Paramount Plus?

You can only utilize a maximum of three concurrent streams across all material accessible on the Paramount+ Service, no matter the number of devices you access the Paramount+ with.

Yes. You can share. Paramount Plus permits a maximum of six profiles and three concurrent streams (across all material accessible on the Paramount+ Service). This allows for Paramount Plus account sharing with close family so that you may all watch the same program on separate devices.

By reading this post, you can better understand how many people can watch Paramount Plus at once. In addition to the restrictions that apply to simultaneous streams and profiles.

You can use Paramount Plus free trial and can also go for the ad-free plan that costs US$9.99 for the best movies on Paramount Plus and TV series. However, to access Paramount Plus outside the US region, we suggest using ExpressVPN.