How to Unblock WhatsApp in China Easily? [2022 Guide] 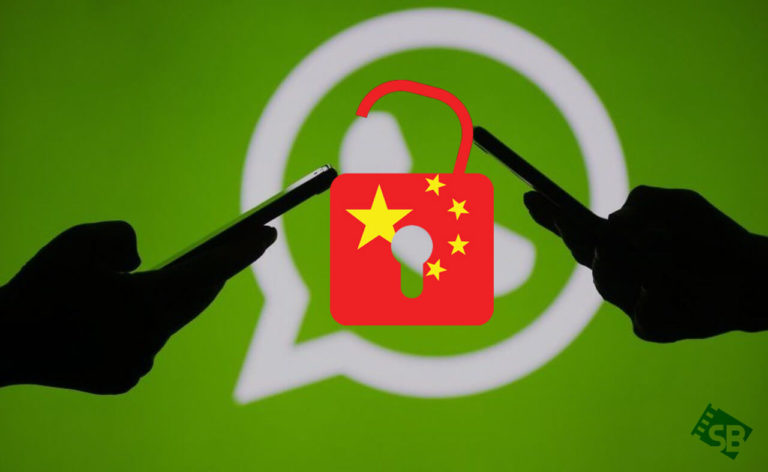 Wondering how to get WhatsApp in China? Unfortunately, if you are in China, WhatsApp will not work. This is due to the governmental policies leading to a blackout of popular social platforms in China, including the blockage of WhatsApp and Facebook.

However, you can use a reliable VPN service like ExpressVPN to unblock WhatsApp in China. Thankfully, today VPN services have realized their true potential and are no longer difficult to operate.

Want to send messages to your friends or long video calls to your family abroad? WhatsApp has it all. Back in 2017, the Chinese authorities blocked WhatsApp. This implies that citizens of China will no longer be able to use WhatsApp for video conversations, texts, image sharing, and other functions.

However, in this guide, we will tell you how to access WhatsApp in China through a premium VPN service. So, without further delay lets get started:

How to Unblock WhatsApp in China? [Quick Steps]

Wondering does WhatsApp work in China. Follow these 4 easy steps to unblock WhatsApp in China using a VPN:

Note: You should be extra careful and keep your VPN connected all the time as it is blocked by the great firewall of China and may result in legal issues. For this, ExpressVPN is our prime choice to use the service due to its widespread servers.

Why do You Need a VPN to Unblock WhatsApp in China?

The Chinese internet is totally different from the internet that we use, China has restrictions on some of the most popular social platforms and streaming sites. China does not have Facebook, Google, Instagram, Snapchat, Tinder, and list goes on. Instead, they have their own local apps.

So, a premium VPN like ExpressVPN replaces your original IP address with a different one from their server bank. It changes your location to the region where Whatsapp is available so that you can stream it in China.

Moreover, a VPN allows you to secure your online footprint entirely and lets you browse the web safely without the fear of getting your data leaked.

Why does China Censor the Internet so Heavily?

There are two reasons China censors the internet so heavily, first of all, China is very strict when it comes to surveillance, any anti-state speech is not allowed. The government controls what the citizens can access or not.

Freedom of speech is not so welcomed in China as per the following legislation:

The main idea behind the legislation addressing Chinese internet blocking is the Computer Information Network and Information Security, Protection, and Management Regulation.

The second reason is that China wants its own local businesses to thrive instead of foreign companies running away with profits.

So, downloading your choice of VPN service before going to China is really a smart move to stay connected with the rest of the world.

What are the Best VPNs to Unblock WhatsApp in China?

We have tested 50+ VPN service providers and we found these 3 best WhatsApp VPNs for China to bypass firewall restrictions and connect to the outside world.

1. ExpressVPN: The Best VPN to Unblock WhatsApp in China

Express VPN is the best VPN to unblock WhatsApp in China due to its lightning-fast server speed. We tested, and it has hit up to 89.42 Mbps while accessing WhatsApp.

The test results gave us an 89.42 Mbps download speed and 84.64 Mbps upload speed, which is enough to access services easily without interruption.

ExpressVPN delivered amazing results on the New York server at a 100 Mbps connection.

ExpressVPN also has vast best features, including the MediaStreamer (SmartDNS), which enables you to unblock services on devices that do not support VPNs. It also uses AES-256 Bit Encryption with IKEv4 protocol to ensure your data is well-protected.

Some supported devices with ExpressVPN include smartphones (both iOS and Android), Windows PCs, Macbooks, gaming consoles, smart TVs, and Wi-Fi Routers, among other streaming devices. Its Miami server shouldn’t be used due to slow speeds.

It allows for up to five simultaneous connections on a single account and offers unlimited bandwidth.

Surfshark: A Pocket-friendly VPN to Unblock WhatsApp in China

Surfshark is a pocket-friendly VPN to unblock WhatsApp in China with an economical price plan of  US$2.49/mo (83% Off on 2 Years Plan).

It also offers a 30-day money-back guarantee on all its packages. The New York server we used unblocked WhatsApp within minutes!

When tested on a 100Mbps connection, it performed amazingly well and provided a blazing-fast download speed of 88.14 Mbps and an upload speed of 83.72 Mbps. This speed is fast enough to unblock American Netflix in China buffer free.

We also tested other Surfshark’s US servers and found the Dallas server to be the slowest, so it should be avoided at any cost! For connectivity, users have access to 3200+ servers in 65+ countries including 600+ servers in the US.

ExpressVPN is the best VPN to unblock Netflix, Hulu and other streaming platforms anywhere. Not only that, but you can also unblock foreign channels through ExpressVPN.

NordVPN: Offers a Large Number of Servers to Unblock WhatsApp in China

NordVPN offers the largest server network for accessing WhatsApp anywhere in China. For bypassing geo-restrictions, users have 5310+ servers in 59+ countries.

Its applications are quite intuitive and responsive. The interface allows for an easy selection of servers for unblocking. Through Surfshark, you can watch China National Baseball League anywhere.

On the other hand, the Dallas server should be avoided because it gave us a pretty hard time accessing WhatsApp! NordVPN provides military-grade AES-256 encryption, VPN Kill Switch, Clean Web, Bypasser, and Camouflage Mode.

As a plus, users also enjoy 6 simultaneous connections per account. Also, NordVPN also offers exceptional security protocols, available on all mainstream devices and software as it is the best VPN to unblock Netflix on iPad and iPhone.

And in case you aren’t satisfied with the service, you can claim a full refund as it offers a 30-day money-back guarantee.

How to Configure VPN for Maximum anonymity on WhatsApp?

While VPNs are an effective tool for avoiding censorship and achieving privacy, they are not without flaws.

With any technology (even a VPN), you can never achieve complete anonymity, although you can come quite close. Here are some tips for increasing your anonymity while using a VPN:

These are the top alternatives to get WhatsApp working in mainland china:

Here is what you should do before travelling to China in order to access WhatsApp there.

Getting a Local Sim to unblock WhatsApp in China

If you need to install WhatsApp, then this is an important step, but if you already have it, you don’t need this.

Getting a prepaid sim is really simple in China. You can get one from the following carriers (China Mobile, China Unicom, or China Telecom). An average of 200 Yuan is enough for a month.

The only thing is that once you sign up for WhatsApp it requires a verification code that is sent to your cell phone. Therefore if you download in China you need to keep your VPN connection so that the verification code can be received and verified.

What Other Platforms are Blocked in China?

China has very strict surveillance policies, and therefore many of the global websites and applications do not work in China. Here’s the list:

You can also unblock these services in China with the use of a VPN, just as the case with iQiyi china.

Why doesn’t WhatsApp work in China?

The service does not operate in China as it has been banned due to restrictions implicated by the country’s Great Firewall, which censors internet use. With the help of a VPN, you can easily use WhatsApp in China.

Can I use a Chinese Number for WhatsApp?

Yes, you can register on WhatsApp using your Chinese number as well. However, a VPN is required for those residing in China due to the non-availability of service in the region.

How to use WhatsApp in Chinese?

Does WhatsApp work without a sim?

If you already have WhatsApp installed on your device, you do not need a sim for WhatsApp to work.

How can I activate WhatsApp in China?

Download and set up a VPN. Next, launch the VPN you just installed and choose a server. Access Whatsapp.

Can I use Free VPN to Unblock WhatsApp in China

There is simply no possibility of using WhatsApp on the China’s mainland without a VPN. The Great Firewall of China is very tough to bypass and only limited services can do that.

Free VPNs usually fail to unblock simple websites and platforms, let alone WhatsApp. You may try your luck with free VPN services, but we wouldn’t recommend you do so.

If you’re heading to China, make sure you get a premium VPN already. Otherwise, say goodbye to your WhatsApp groups, put up photos on Instagram and share memes on Facebook.

ExpressVPN is our top recommendation to unblock WhatsApp in China. Let us know if you have any queries in the comment section below.