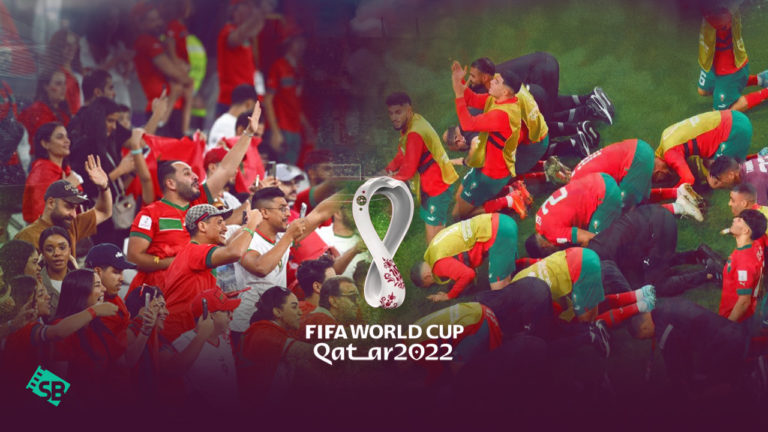 Al Bayt Stadium: There was a hope that Morocco would make it to the finals. Fans from all over the world, and not just from Morocco, had hit the snooze button in order to allow the dream to continue on for a little while longer, stretching it for the additional minutes of that last hurrah.

Watch the World Cup Final between Argentina and France on 18th December 2022, and witness history in the making.

Morocco had surpassed all expectations by advancing to the semifinals of the World Cup in Qatar 2022, achieving this feat by claiming victories over Belgium, Canada, Spain, and Portugal along the way.

On the other hand, Argentina at Lusail Stadium on the same Wednesday evening stood as another behemoth of international football. This was undoubtedly the greatest, toughest, and truest test of whether or not Qatar 2022 was a dream for Morocco.

Since defeating Belgium, Morocco has had high hopes of advancing to the round of 16. After their victory over Spain, expectations began to rise. After the victory over Portugal, belief replaced wishful thinking.

However, at Al Bayt Stadium – either because of the introduction of a new football, the occasion or merely the skills gap between the two sets of players – the dream did not come true in the way that Morocco had hoped it would.

Morocco received a flood of support and respect on Twitter following their semi-final loss to France:

Hugo Lloris, the goalkeeper for France, had to face a breathtaking shot attempt made by Jawad El Yamiq, a defender for Morocco. This occurred near the end of the first half.

The end of first half allowed France to keep their 1-0 lead, but the highlight of the game was the bicycle kick by the Moroccan.

If Yamiq had scored that bicycle kick, I would have lost my mind

What a moment and goal this could have been. 30-year-old defender Jawad El Yamiq almost scored a 🚲 for the ages! pic.twitter.com/xGXQP8eJJA

The Moroccan supporters did not show the smallest bit of discouragement despite their team being behind for the majority of the day. This is how they appeared before the game:

Morocco fans during the match:

Cheers from Morocco fans continue to fill the stadium in the first half pic.twitter.com/XWsUweyr3w

Morocco and its supporters left an everlasting impression by the support, even though they were eliminated from the tournament:

"Many years from now a kid today will have grown up and say 'I fell in love with this game because of this Morocco team." ❤️🇲🇦@AlexiLalas reflects on Morocco's inspiring run to the 3rd-place match in the 2022 FIFA World Cup pic.twitter.com/p2eGJbA9bt

"The whole tournament they were with us. They were amazing. I think because of them we were allowed to do this. We wanted to give them a final."

Sofyan Amrabat joined @JennyTaft to talk about how impactful Morocco fans were during this FIFA World Cup 🇲🇦 pic.twitter.com/f5W6Bzog6S

Congrats to this incredible group for the unbelievable, historial World Cup they had! ✨🇲🇦 #Morocco pic.twitter.com/zIz4eevQf1

Morocco have made us very proud, the most successful African team ever! DIMA MAGHREB to the world n back 🇲🇦❤️

An outstanding performance by the French national team on the field ensured that the Atlas Lions would not end the tournament any higher than third place in the World Cup.

“This is football, that’s how it works,” Fatima, a Moroccan supporter, said after the 2-0 loss. “But we’re really proud of the team. Moroccan football has totally changed now. This is not a loss, no way. We are the champions.”

After the final whistle blew, the squad gathered in the middle of the field for a huddle. The French squad was ecstatic to learn that they had advanced to a second consecutive final. In the meantime, Morocco basked in the fame, respect, and incredible heights that they had reached.

Want to stay up to date on contemporary sporting events? Let us know!

The crowd in the stands chanted “Morocco, Morocco” and “seer, seer” (which translates to “go, go”), but they did not do so in harmony as they had during the previous matches. Although some fans left the stadium earlier than others, the majority of those wearing red and green remained and applauded the players as they made one final prostration in prayer on the pitch.

“Proud, proud, proud. That’s how I’m feeling right now,” Amine, another Moroccan supporter, said. “They made history, they’re still a young team and now we have ambition for future world cups. We’re not going to give up now. It’s a change of a mindset, there’s a winning mentality instilled in the players, the team and the country now. This will change our future generations.”

Youssra was in tears not by the outcome of the game but more by the performance of her team on the field.

“I’m a bit emotional but not disappointed,” she said. “It’s been amazing so far. We’re super happy and super proud. They’ve made history. They’re fighters. We’re supporting them till the end, no matter what.”

Shaima, who was born in France, experienced a victory that was a bittersweet win.

“My parents are from Morocco so I was supporting Morocco tonight. They did something great. They showed the world that a team from Africa can really achieve something great.”

Morocco’s run in this World Cup has been nothing less than extraordinary, and football fans around the world have fallen in love with the team and its wonderful performances.