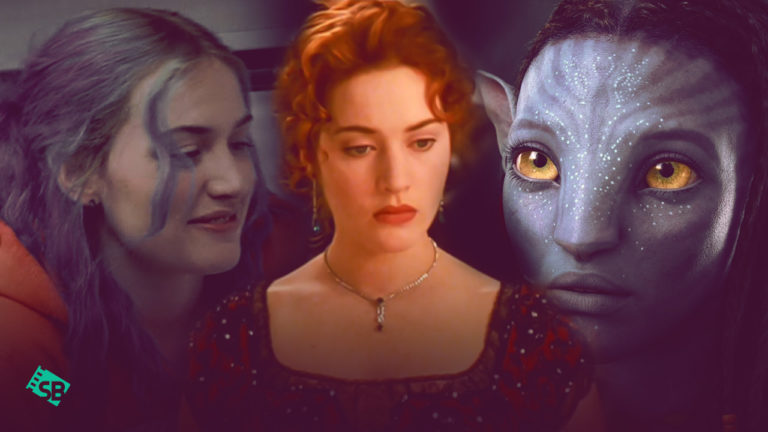 Kate Winslet shows her wish to go back in the past and respond fiercely to the criticism that the media leveled at the climax of “Titanic.”

Winslet is bringing up the “borderline abusive” body-shaming remarks, that she was subjected to in the media, twenty-five years after the premiere of the picture that went on to win multiple Oscar awards.

Winslet’s character, Rose, is shown to have survived the sinking of the historic ship in the 1997 movie; nonetheless, a popular internet meme has persisted with the idea that there was space for her lover Jack on the floating door that Rose used as a raft.

“Apparently I was too fat,” Winslet said during the “Happy Sad Confused” podcast as to why she was the sole survivor of the ill-fated couple. “Why were they so mean to me? They were so mean. I wasn’t even fucking fat.”

Winslet continued, “I would have said to journalists, I would have responded, I would have said, ‘Don’t you dare treat me like this. I’m a young woman, my body is changing, I’m figuring it out, I’m deeply insecure, I’m terrified, don’t make this any harder than it already is.’ That’s bullying, you know, and actually borderline abusive, I would say.”

After the “Titanic” cruise ship sank, there are conspiracies for years that Jack, also could have survived if he managed to climb onto the floating door used as a raft alongside Winslet instead of remaining in the freezing cold water.

“You just have to make a joke of it, don’t you?” Winslet told podcast host Josh Horowitz when asked for her take on the scene. “I don’t f— know. That’s the answer … I don’t f—know.”

She continued by saying the following regarding her expanded knowledge of water and its behavior:

The winner of both the Emmy and the Oscar disclosed in a recent interview that throughout her early career in Hollywood, she was questioned about her weight before auditions.

“When I was younger my agent would get calls saying, ‘How’s her weight?’” Winslet told The Sunday Times, adding that she cared more “about being that actor who moves their face and has a body that jiggles.”

Are you interested to get more updates on movie scenes, celebrities, and their responses to journalists & fans? Let us know!

The star of “Avatar: The Way of Water” pointed out that the media cycle has seen significant shifts in recent years, which has resulted in tabloids being more relentless than they have ever been.

“It was hard enough having the flipping News of the World on my doorstep, but that doesn’t even cut it now,” Winslet said. “That phrase about ‘today’s news being tomorrow’s fish and chip paper’ doesn’t exist.”

She continued, “The thing you did when you were drunk or foolish? It may come back to haunt you. Needing to be on one’s guard for young actors is just a different thing. It must be extraordinarily hard.”

Winslet recounted the “straight-up harsh” treatment she received from tabloid journalists when she was a rising celebrity in an interview with The Guardian in the year 2021. “I was still figuring out who the hell I bloody well was! They would comment on my size, they’d estimate what I weighed, they’d print the supposed diet I was on,” Winslet added. “It was critical and horrible and so upsetting to read.”

The movie was released in theaters on December 19, 1997, and it quickly became the most financially successful picture in history up to that date. It was awarded 11 Oscar wins out of 14 Oscar nominations.