Love Island UK: Six Islanders at Risk, Who Is Getting Dumped Next 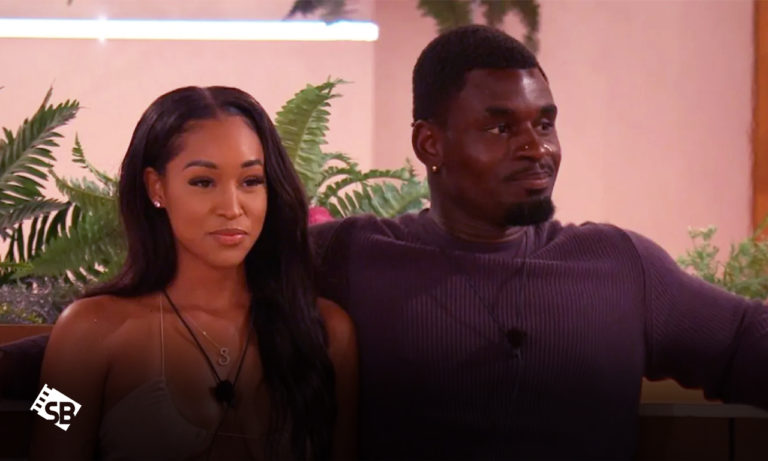 We have been witnessing many couples being dumped from Love Island and as the show nears its end, one more couple will be dumped on Wednesday night.

According to the most recent dumping twist made public on Love Island, a total of six Islanders are at risk of being dumped. A hint of public voting was revealed on Tuesday and as a result, Indiyah Polack and Dami Hope, Jamie Allen and Danica Taylor, and Adam Collard and Paige Thorne turned out to be the six islanders at the risk of getting dumped.

Dami Hope and Indiyah Polack have only recently professed their love for one another, and it is shocking that they both are also among the couples with the lowest public votes.

I hope if Danica leaves the villa this dumping, then her supporters vote for #Damiyah… no way Paige and Adam deserve it more…Damiyah to the finals and Ekin-de for the win #fingerscrossed #LoveIsland

The unfortunate Islanders appear to have already departed the villa, given that the proceedings have already begun. Viewers, however, won’t know who’s gone until the show gets underway tonight.

The grand finale is less than a week away. Watch it on ITV2 and ITV Hub at 9 pm every night, except Saturday. For viewers outside the UK, here’s how you can watch Love Island UK 2023 Season 9 from anywhere in the world.

As always, a sudden series of texts to the islanders informed them that the public would choose which of them to dump. The group was fearing the worst when Andrew Le Page got the following message: “The couple with the fewest votes and therefore dumped from the island is…”

The three vulnerable couples stood in front of the remaining Islanders as the episode came to a close while they awaited word on their fates. It will be revealed tonight which Islanders will be dumped from the competition before the final the following week.

The dramatic dumping comes less than a week before the show’s finale on the first of August, where the winning couple will choose whether to split or steal the £50,000 prize money.

Last night’s episode, however, featured a dramatic challenge called The Mile High Club challenge which resulted in friction between Luca and Gemma. The girls dressed up as cabin crew and prepared a selected passenger for a private Mile High Club moment.

Following the game, Luca was ‘in a mood’ with his partner Gemma Owen for getting close to some of the other boys, including Adam Collard, who she licked. This friction led to a heated conversation as Luca said: ‘I don’t want to be in a relationship where we’re having these stupid chats’ to which Gemma replied: ‘Nor do I.’

Towards the end of the argument, Luca asked her if she still wanted to see him, and she replied that she did, but as he walked away, it was clear that the situation was still unresolved.

We have been following the competition since it began on June 6th, and have witnessed loads of moments worthy of hanging on to. Now the viewers are eagerly waiting to know who is going to be the winner of the show on Love Island UK Season 8. Stay tuned for more updates as the final is just a few days away.