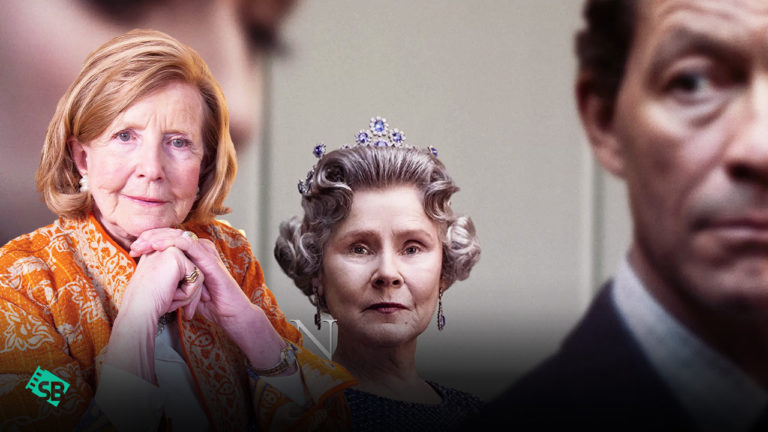 The lifelong friend of Queen Elizabeth is displeased with the historical drama series by Netflix, The Crown, which mainly focuses on the queen’s reign.

Lady Anne Glenconner, aged 90, who was a maid of honor at the late Queen’s coronation in June 1953, called the popular drama a “complete fantasy,” during an interview with BBC Radio 4’s Woman’s Hour on Thursday.

“[It’s] so unfair on members of the Royal Family,” added Lady Glenconner, who served as Princess Margaret’s lady-in-waiting for more than three decades.

“The trouble is that people, especially in America, believe it completely,” she added. “It’s so irritating. I don’t watch The Crown now because it just makes me so angry.”

Glenconner was especially harsh in his criticism of a scenario concerning the 1937 death of Prince Philip’s sister, Princess Cecile of Greece, who died in an aircraft crash.

The catastrophic occurrence was depicted in season 2 of The Crown. According to Glenconner, the portrayal of the late Duke of Edinburgh persuading his sister to board the fateful aircraft is “completely untrue.”

“And I think to say something like that about people is terribly hurting,” she added. “Nobody wants to have their relations trashed like that.”

In the third season, it was revealed that Princess Margaret and President Lyndon B. Johnson engaged in a contest in 1965 to see who could come up with the worst limericks. “Well, I mean, of course she never did that,” she added.

Lady Glenconner is portrayed in The Crown and another scene in season 3 of the drama, her debating the virtues of different men with the late Princess Margaret. “I mean, of course that never happened.”

According to Lady Glenconner, the actress Helena Bonham Carter, who performed Margaret in series three and four, paid a visit to her and asked for some guidance.

“She came for about two hours. I told her how Princess Margaret smoked, how she walked.

“I saw Helena after she’d been in The Crown and she said, ‘What did you think?’ And I said, ‘Well, rather disappointed.’ And she said, ‘I know. But the thing is, I’m an actress, and I have to do what’s written for me.’”

In the most recent season of the series, which began airing earlier this month, Lesley Manville has taken over the role of Margaret.

Her performance was convincing enough for the American rapper Cardi B to imply on Twitter on Wednesday that they may have gotten along well in real life.

The Crown has subsequently been marketed by Netflix as a “fictional dramatization,” and the streaming service has inserted a disclaimer that states the series is “Inspired by real events.”

In addition, it is added that it “tells the story of Queen Elizabeth II and the political and personal events that shaped her reign.”

Are you interested in learning more about series based on royal family reigns & real events? Let us know!

The most recent season of The Royal drama was released on streaming services on November 9, and it mainly focuses on the tumultuous breakup of Princess Diana and Prince Charles’ marriage.The development of his relationship with the woman who would become Queen Camilla, the fire at Windsor Castle in 1992, and Diana’s interview with BBC Panorama in 1995.

Additionally, taking the latest season 5 of The Crown, there were rumours among fans that Netflix might feature Prince Harry’s & Meghan Markle’s Story, but it has not yet been featured.

According to a statement released by Netflix, “The Crown has always been presented as a drama based on historical events.”

In all publicity materials, cast and crew interviews, on social media, and on the main page for the program on the streaming giant’s site, it is stated that the show is a fictitious drama based on actual events.

Here’s a fun thing to do: Check your Zodiac Signs to find which character in The Crown you are based on.